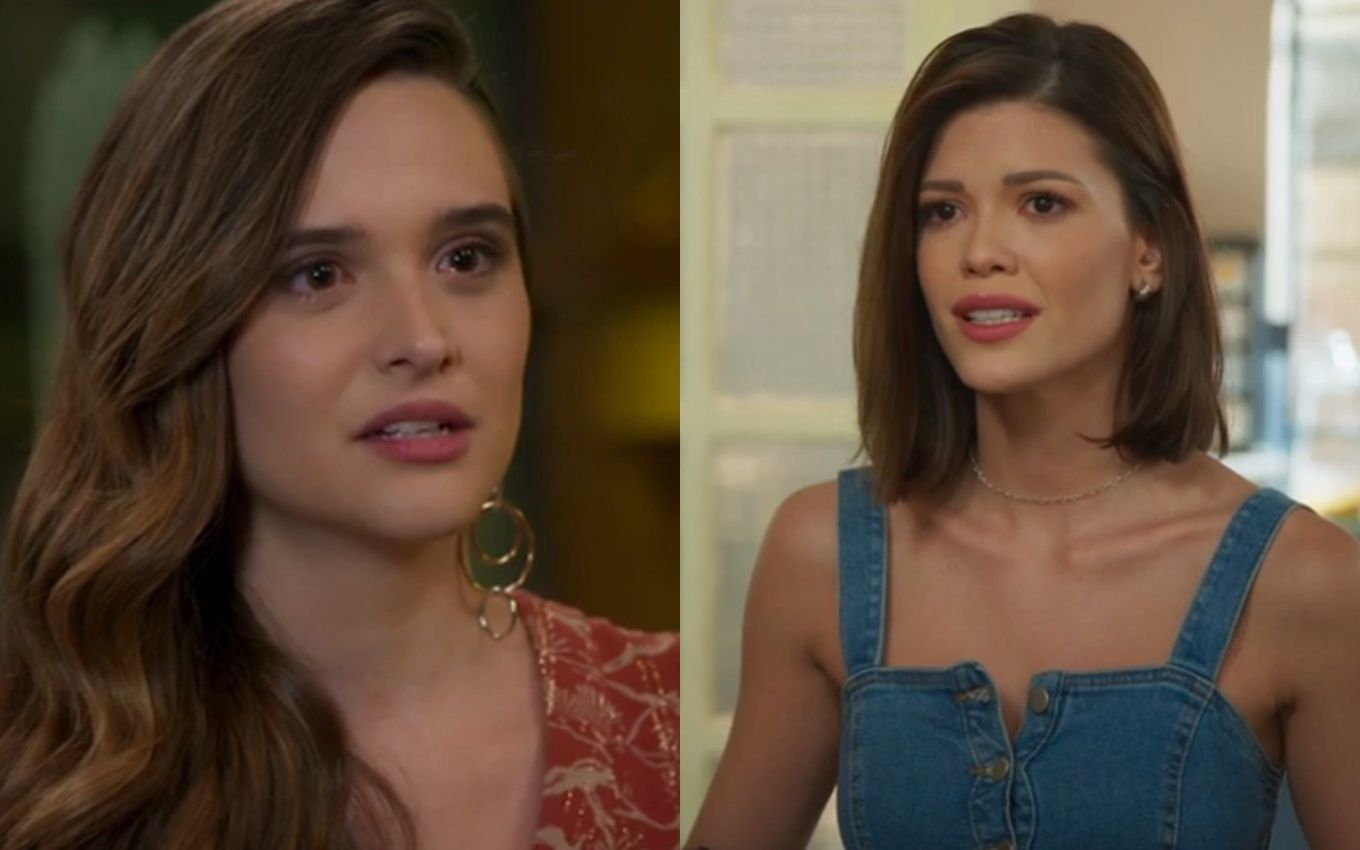 Kyra (Vitória Strada) and Luna (Juliana Paiva) are undecided about who to stick with in Save Yourself Who Can. The outcome of the two love triangles was left to the last chapter of the plot, and author Daniel Ortiz decided at the last minute who gets whom. See how the scenes of the choice of the girls for the Globo telenovela will be like.

Luna will wait until the last second to choose between Téo (Felipe Simas) and Alejandro (Rodrigo Simas). Mário’s daughter (Murilo Rosa) will have to race against time to not let her happy ending slip through her fingers.

Back to normal life with her mother, Helena (Flávia Alessandra), Luna received two invitations in the penultimate chapter: embark with Micaela’s brother (Sabrina Petraglia) towards Bali or return to Mexico with the musician.

Luna will keep saying that she doesn’t want either of them until she gets an ear tug from Ermelinda (Grace Gianoukas) so as not to waste her great love for fear of choosing one of the two. “You’re not like Kyra, you’re not confused. Deep down, deep down, you already know who you’re going to be with,” Alexia (Deborah Secco) adds.

Luna will decide between the two loves

“You’re right, it’s just been so much at once. I’ve been pushing this decision forward. But of course, I know who I want. And it’s time for him to know too,” Luna will decide. The Mexican woman, finally, will put an end to her doubts and will fly in order not to lose the love of her life.

The protagonist, played by Juliana Paiva, will arrive at the airport at the last minute, and the public will soon hear the latest calls for flights to Bali and Cancun. Separated, each on a different terminal, the good guys won’t take their eyes off the clock waiting for Luna. In a race against time, the girl will dash towards an unmarked departure gate and fall to the ground after tripping. “No, please. I need to get on this plane,” the Mexican woman will beg.

Between the lawyer and the entrepreneur

Kyra spent most of the plot all “split-up”. In the last chapter of Globo’s seven o’clock soap opera, the girl will also face a marathon of xavecos by Alan (Thiago Fragoso) and Rafael (Bruno Ferrari). The two will do everything to win and finish the story alongside the decorator.

After getting rid of the witness protection program, the decorator will enjoy the moments with Rafael, but without being able to forget about Alan. In one of the final scenes, the owner of Labrador Digital will appear with his beloved in his office, the two will recreate the false spiritual session, inspired by the movie Ghost: From the Other Side of Life (1990).

The session, however, will be interrupted by Renatinha (Juliana Alves), who will enter the room. Thrilled by the moment, Kyra will head to the company kitchen for a drink of water and will be surprised by a call from Alan shortly thereafter.

To make matters worse for the decorator, the lawyer will want to know if she is with Rafael or if she hasn’t made her decision yet. He will sing to her over the video call, just as happened when the two kissed for the first time in the plot. 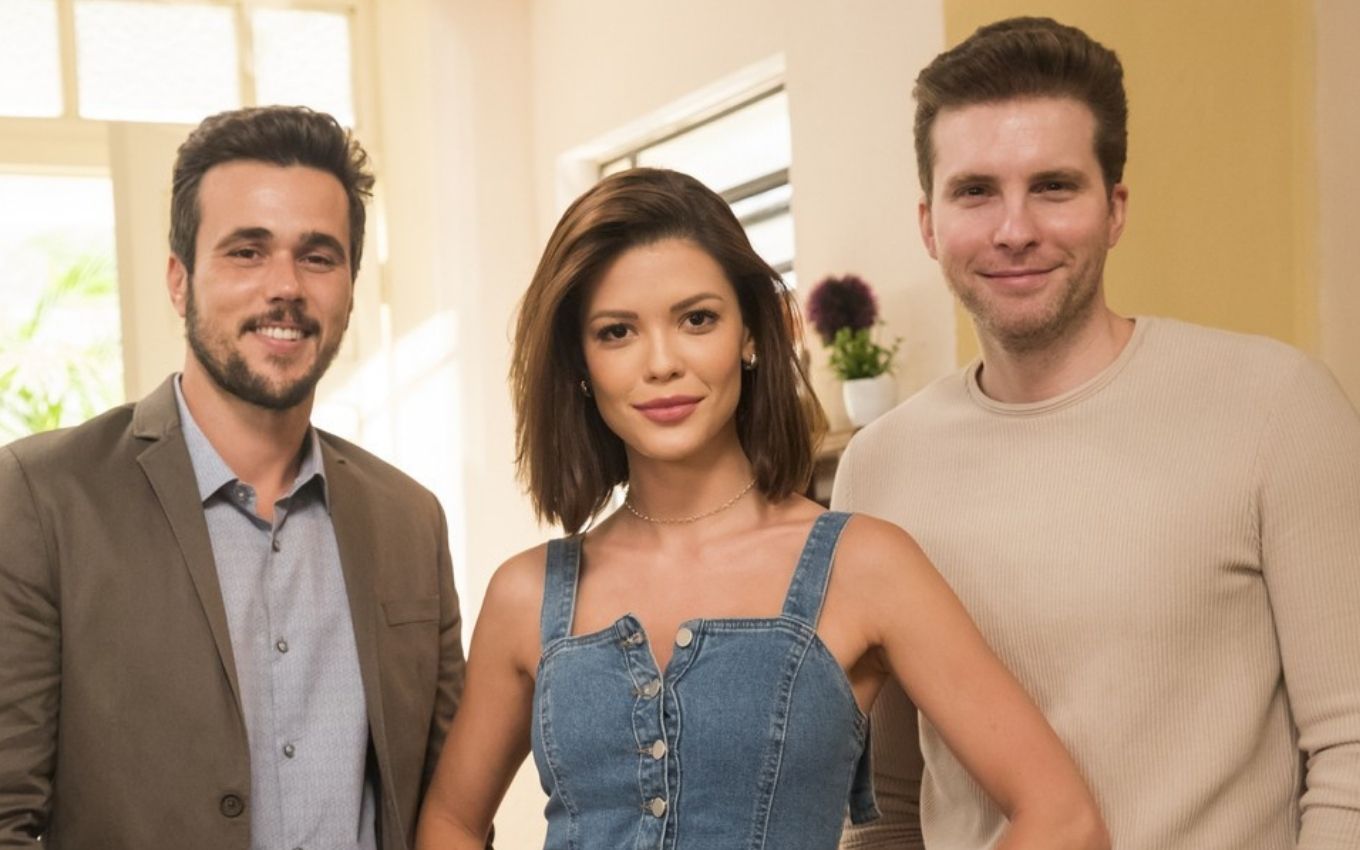 Kyra will finally choose between Rafael and Alan

Later, Bia’s sister (Valentina Bulc) will be pressured by Alexia and Júlia (Sophia Abrahão) to make her choice. The lawyer will scold the rival and say that Alan and Rafael are suffering from the girl’s indecision.

The confused will realize that Téo’s cousin has ulterior motives, and will say that Julia wants her to choose one of the boys so she can stay with the other. In the middle of the argument, Kyra would eventually realize that she already knew who she wanted to be with. Téo’s cousin will tell the young woman that she had to think she lost one of her suitors to realize who she wants to be with.

Surprised, the ex-nanny will hug her rival and run to get a taxi to meet her chosen one. Luna’s and Kyra’s choices were kept a secret by Daniel Ortiz. Only the novel’s author and artistic director, Fred Mayrink, know who will be with whom. Behind the scenes, actors even make bets on the outcome of the indecisive girls.