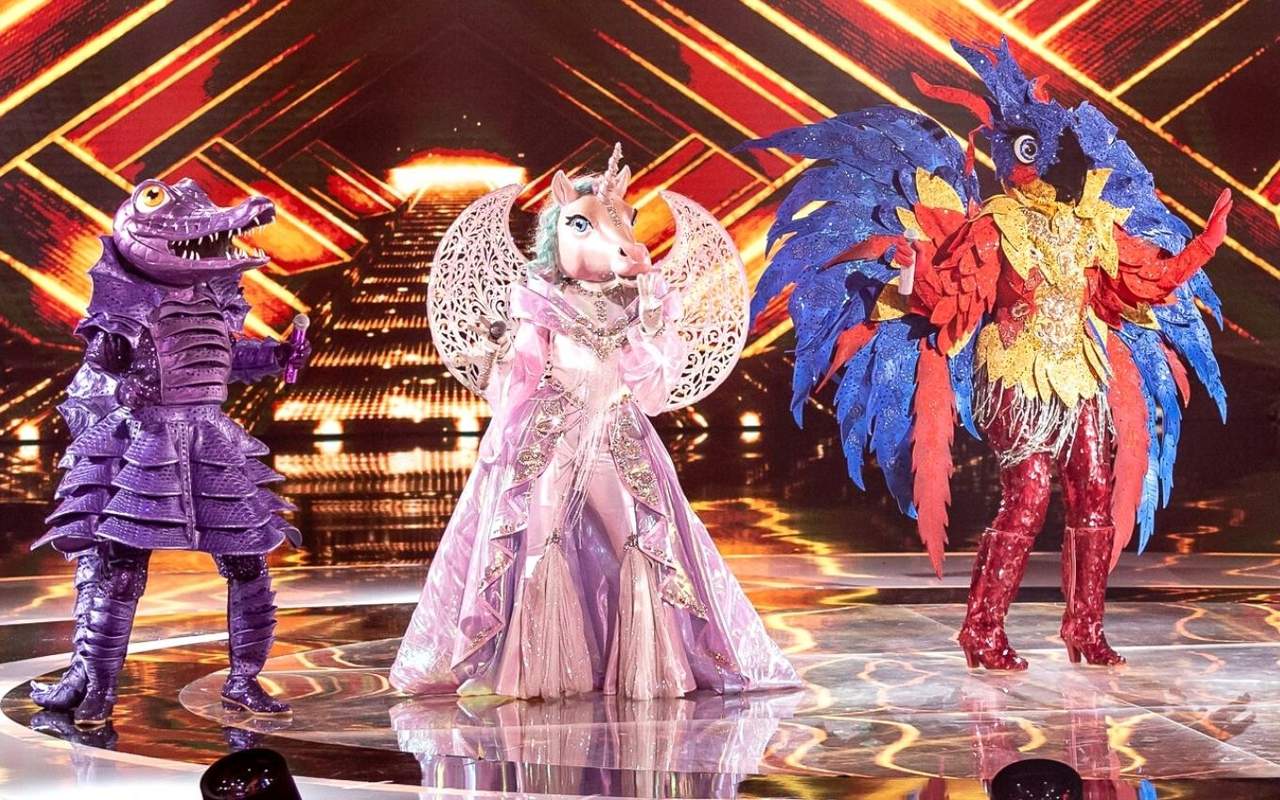 Arara, Gata Espelhada, Jacaré, Monstro and Unicórnio present themselves in the semifinals of The Masked Singer Brasil this Tuesday (5). One of them will be unmasked, and the other four will qualify for the final. Who are the famous hidden in costumes? Names like Lexa, Cris Vianna and Nicolas Prattes are named as candidates.

The champion of the season will only be known on the next 19th. On October 12th, Ivete Sangalo’s attraction will not be shown because of a game played by the Brazilian team.

O TV news made polls with the hottest options of each of the costumed ones. See below and click on the links to vote:

-> Vote in the Arara poll

Arara has already been appointed by judges such as Carolina Dieckmann (Simone Mendes’s guess), Eliane Giardini (Eduardo Sterblitch’s bet), Ilze Scamparini (Taís Araujo’s kick) and Sheron Menezzes ( Rodrigo Lombardi’s warning). With a few more help from the participant, the name of an actress from Império entered the public’s radar.

The clues indicate Cris Vianna, who has already made a career as an international model. On the August 24th episode, the bird gave some information about its identity. “No one calls me by my first name, and the saints adore my last name.” Cris Vianna is just the stage name of the actress, who in her documents was registered as Kelly Cristina dos Santos

-> Vote for the Gata Espelhada poll

One of the characters that causes the most confusion in the public is Gata Espelhada, which could be the funk girl Lexa. Despite very generic clues, such as “when I was a child, I used to perform singing and dancing for my whole family” and “that things weren’t easy at first”, the tips match with interviews given before by the artist.

Another name associated with the costume is Jeniffer Nascimento, who was already a guess by Taís Araujo and guest Gil do Vigor. In the most recent episode, the jury was Lexa (Sterbitch), Sophie Charlotte and Manu Gavassi (Lombardi), Lellê (Taís), Carolina Dieckmann (guest Ana Maria Braga) and Ludmilla (Simone).

-> Vote in the Alligator poll

Fafy Siqueira, who has already competed on Popstar, was named Jacaré of The Masked Singer Brasil by Taís Araujo right away. However, the voice and the clues indicate that the costumed one is Mart’nália. Recognized for her taste for the bohemian life, the character said that the only thing that makes her mad is a hot drink. “I become an animal,” he said.

Besides Fafy, the reality show judges also opined that Dira Paes (Simone Mendes) or ex-player Paulo Nunes (Rodrigo Lombardi’s kick) may be the famous ones hiding under the animal’s costume.

-> Vote in the Monster poll

The Monster has already stated that he was intimate with the stages and that he was taken to the theater by his parents since he was a child. In addition, the character revealed that he won an international award and said that he was a very active child, being expelled from some schools and even jumping out of a moving car.

The tips point to the name of Nicolas Prattes. But Arthur Aguiar, Rafael Vitti, Rodrigo Simas and Enzo Celulari were some of the names already spoken by the judges and the public.

-> Vote in the Unicorn poll

The voice, the choice of repertoire and the obvious tips lead Unicórnio to the name Priscilla Alcantara. Former presenter of Bom Dia & Cia, on SBT, she “grew” in the eyes of the public, one of the clues given. Also, one of the tips was “I don’t have children, but I’m a mother of a pet. Girl”. Girl is the name of the bitch the artist has.

Simone and Rodrigo Lombardi were two of the judges who already pointed out the name of the gospel presenter and singer as the costumed one. However, celebrities such as Aline Barros, Manu Gavassi and Flay were also mentioned.