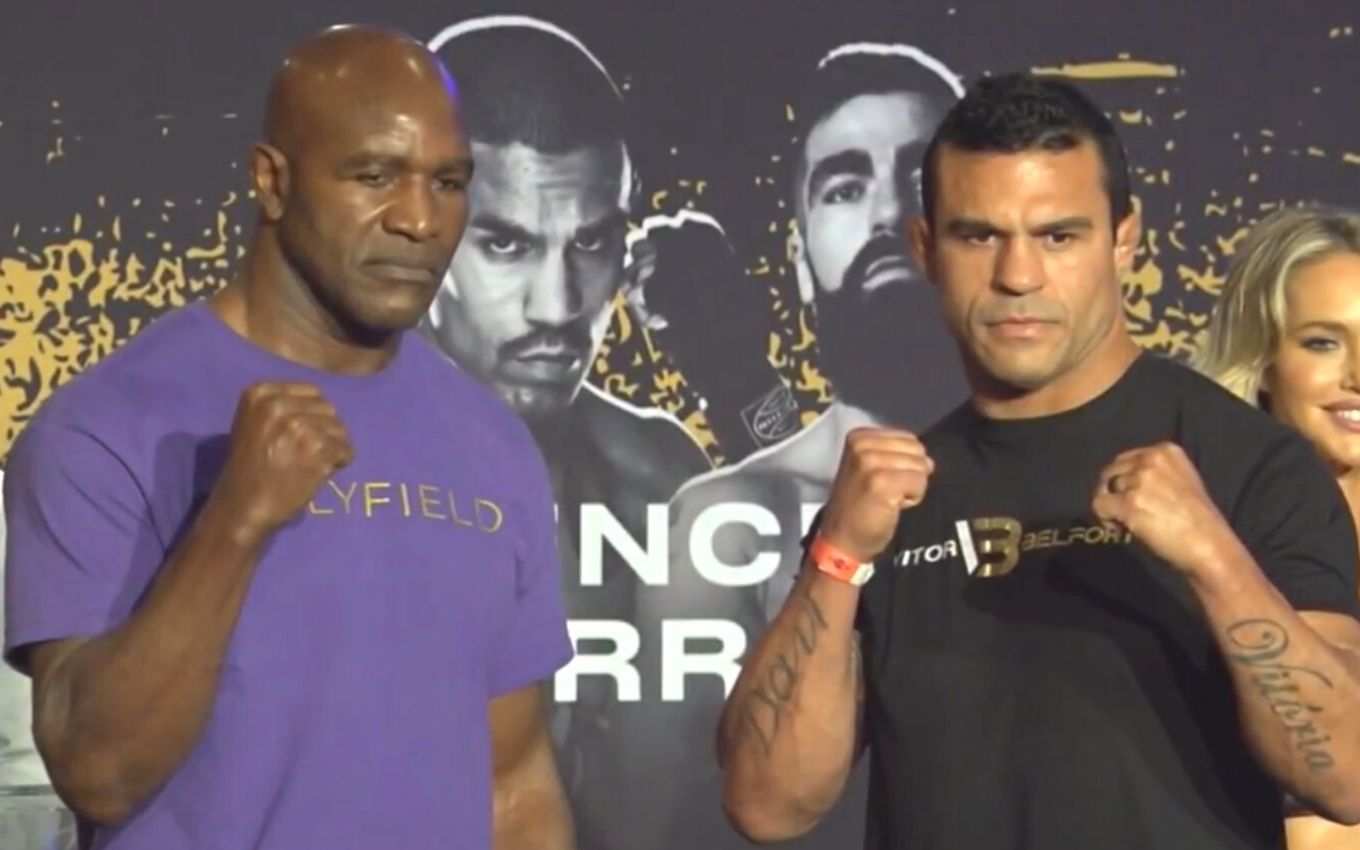 After reaching good ratings with the return of Mike Tyson to the rings in November last year, Globo will return to broadcast boxing this morning. The confrontations Vitor Belfort x Evander Holyfield and Anderson Silva x Daniel Ortiz will go through the network in VT form (recorded), after Altas Horas.

According to the network, the boxing exhibition will start at 1:00 am (Brasilia time) on Sunday morning (12). Cleber Machado, Rogério Minotouro and Hebert Wilian (gold medal boxer at the Tokyo Games) command the exhibition of the matches on open TV. The alternative to follow this online transmission for free is the ” Agora na Globo ” function on Globoplay .

The main event of the night will be the Belfort and Holyfield duel, set to have eight rounds of two minutes each. The Brazilian, who in 1997 was the youngest champion in UFC history, at the age of 19, will make his second boxing match of his career. The 44-year-old Carioca’s opponent will be Evander Hollyfield, 58, a former heavyweight champion in boxing.

The only way to watch the event live in Brazil is Canal Combate, which will open the broadcast at 6:35 pm (Brasilia time) this Saturday (11). The fights between Belfort and Anderson Silva, the two most anticipated of the night, will close the event and are scheduled to start around 11pm.

In the pay-per-view, the narration will be by Rhoodes Lima, with comments by Ana Hissa and Rogério Minotauro. O Combat price is BRL 69.90 in the monthly plan or R$658.90 (the equivalent of R$54.90 per month) in the annual package; there are no seven-day free subscription options.

The channel can be hired directly over the internet on the ge.globo website, in the Combate app or with a pay TV operator. For the TV channel customer, it is possible to use the data and login to the online version and to Canalis Globo.

See below the duels that will be broadcast on Canal Combate, starting at 6:35 pm:

In the 1980s and 1990s and in the early 2000s, open TVs were betting on boxing broadcasts to gain good ratings. The biggest echo of a fight in the 1990s was Mike Tyson, with the return to the ring of the former heavyweight champion of the world against Peter McNeeley, who scored 42 points in August 1995 on Globo.

The audience leader returned to bet on the noble art precisely with Tyson, on November 29 of last year. The VT (recorded) broadcast of the 54-year-old sportsman’s confrontation with fellow veteran Roy Jones Jr. scored an average of 8.5 points and attracted an audience of 38.9% of televisions turned on in Greater São Paulo during the night, above of the average of the range.

The fights between Belfort and Anderson Silva should have an even better result, as they air right after Altas Horas, at the beginning of the night — last year’s clash passed after Supercine.