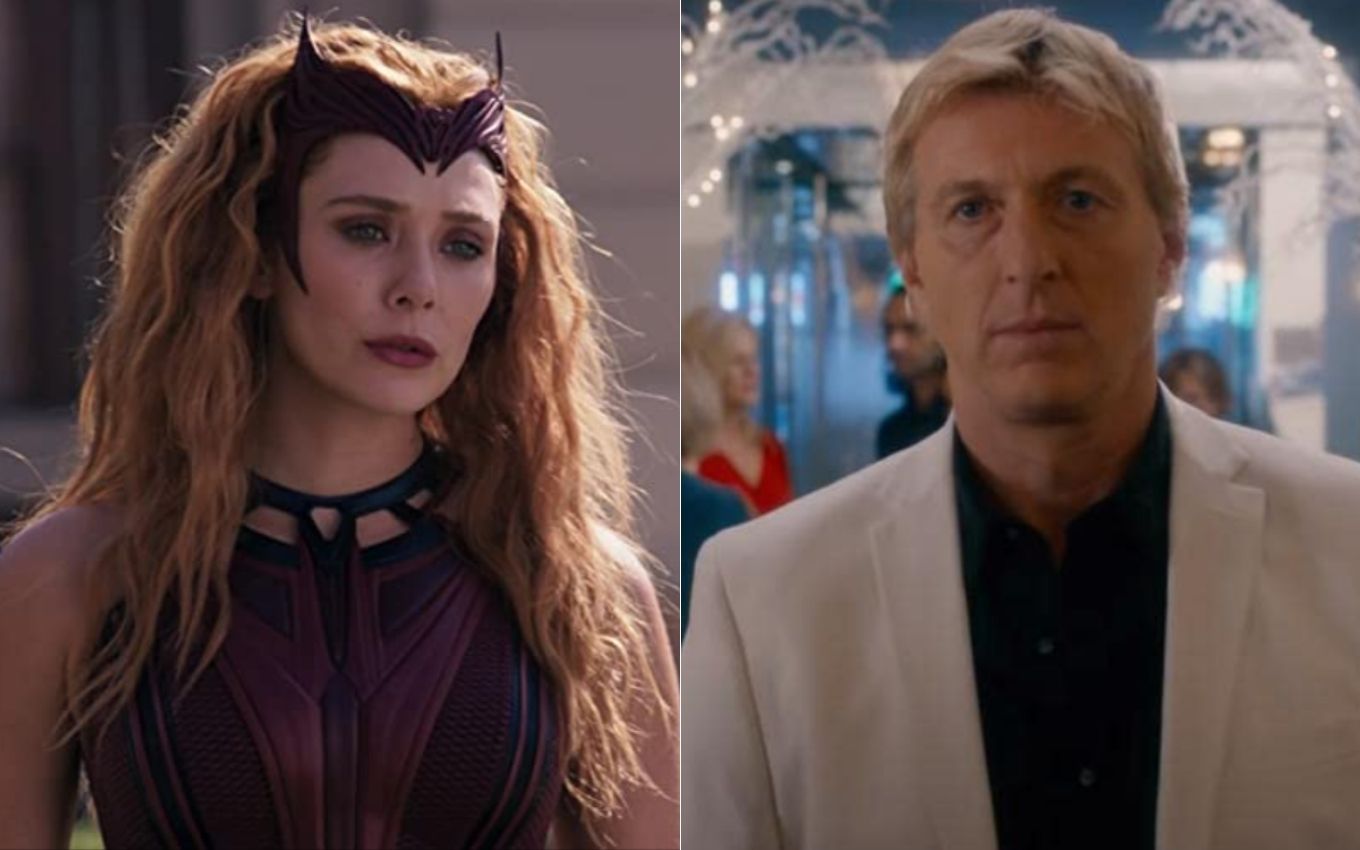 The announcement of the names that will compete for a statuette at the 73rd edition of the Emmy Awards revealed some expected trends for the coming years. In addition to greater diversity in the final list, which represented record-breaking non-white actors among the nominees, the appearance of pop culture titles showed that the Television Academy is chasing the younger crowd.

With Cobra Kai in best comedy series, The Boys and The Mandalorian in best drama series, and WandaVision (2020) in contention for best miniseries, productions aimed at the public that consumes pop culture won the opportunity to shine alongside established titles like The Handmaid’s Tale and The Crown.

Marvel’s first series with direct connection to the films, WandaVision received no fewer than 23 nominations. In addition to competing for best miniseries, Elizabeth Olsen, Paul Bettany and Kathryn Hahn also received nominations in the acting categories. The total number only leaves it behind The Crown and The Mandalorian, who received 24 each.

Emmy himself showed that he is connected to the new era as early as last year. Watchmen (2019), an HBO attraction based on the comic of the same name, took home no fewer than 10 statuettes, including best miniseries. The victory marked the first time a comic-inspired work had won one of the night’s grand prizes.

The Mandalorian is among the nominees

This “attention” to comic-based productions has been gaining in recent years. Logan (2017) was the first hero film to receive an Oscar nomination for best screenplay, while Black Panther (2018) won three of six nominations the following year.

The fall of prejudice against “puppet” movies and series shows that the main minds of the industry are seeing in these productions a value greater than the money that goes into the checkout. A few years ago, series such as Daredevil (2015-2018) and Legião (2017-2019) were praised by critics and the public, but did not receive recognition from the Academy.

The arrival of streaming and mass production of new series and miniseries has also influenced the transformation of the industry. Many original attractions from Netflix, Prime Video and other platforms have stood out with different and bolder narratives.

In an interview with Entertainment Weekle magazine, Eric Kripke, creator and showrunner of The Boys, said he believes the arrival of streaming has helped this advance, but that, in his opinion, the Emmy’s recent “love” for pop culture productions has more to do with it. do with the problems posed by the Covid-19 pandemic than a less prejudiced view.

I think streaming allowed that, but frankly, in a year where we haven’t had a lot of Hollywood movies, there’s a greater openness to the science fiction and fantasy genres than ever before. Perhaps people are beginning to collectively realize that there is more [no gênero] of what is on the surface. We’re beyond ‘superhero stuff’. I think everyone is doing such an extraordinary job that we’re finally getting noticed.

In the case of the Marvel series, the studio led by Kevin Feige also changed its strategy to become the apple of the Academy’s eyes. Millionaire campaigns were made at the launch and during the exhibition of WandaVision, Falcão e o Soldado Invernal and Loki. The circulation of this promotional material draws the attention of Emmy voters and makes certain productions more remembered when choosing the favorite.

If Game of Thrones (2011-2019), inspired by the books by George RR Martin, has become a phenomenon in the last decade, the Emmy 2021 may have shown the beginning of a new era in American TV and how productions aimed at the pop culture may dominate the awards for years to come.