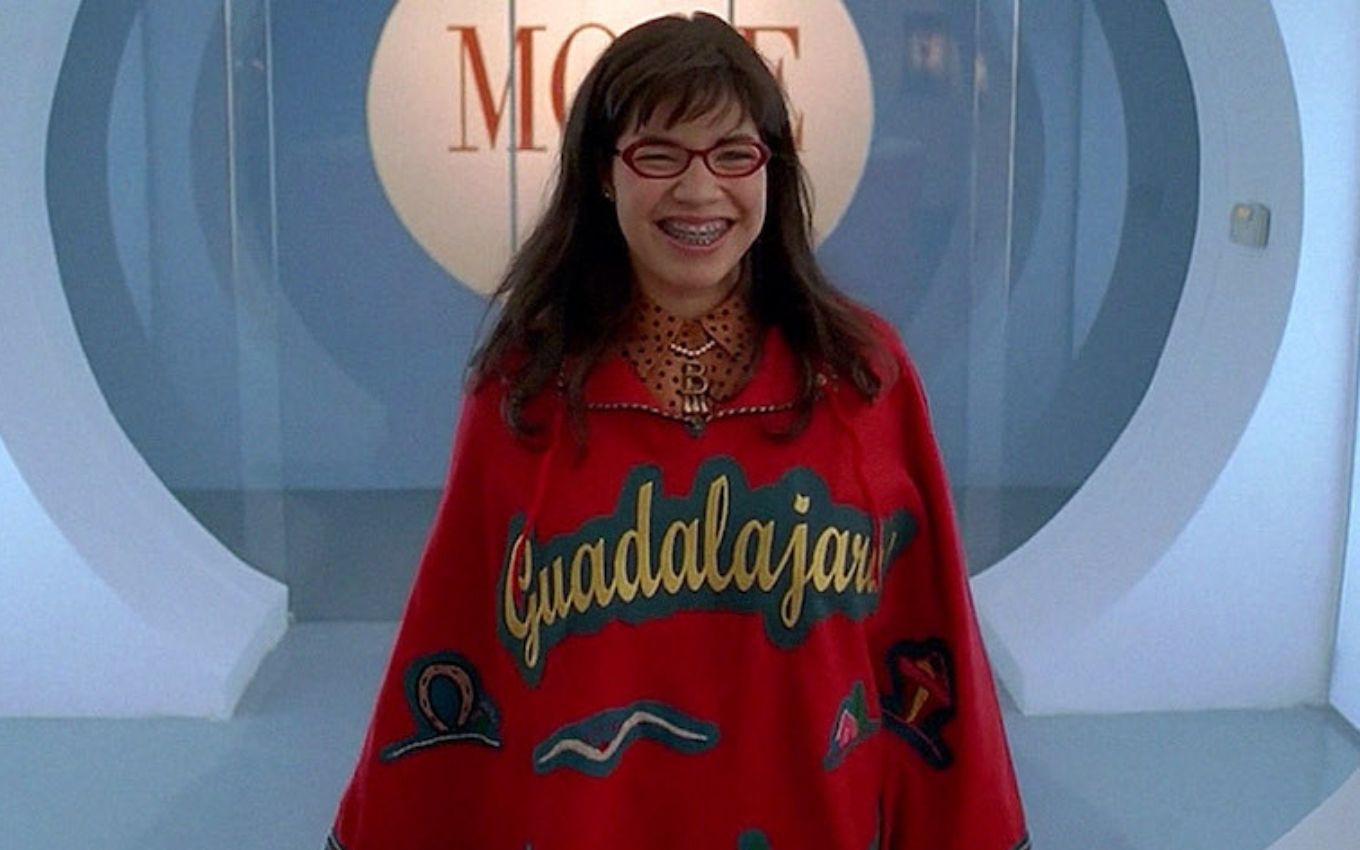 Exactly 15 years ago, Ugly Betty (2006-2010) debuted on ABC’s prime time in the United States. With Latinos in focus, the series about the life of Betty Suarez (America Ferrera) featured the “pains” and “delights” of an out-of-the-box secretary in a fashion magazine. Dramedia, however, broke many stereotypes, addressed important social agendas and received awards such as the Emmy and the Golden Globe.

Developed by Silvio Horta (1974-2020) and produced by Salma Hayek, the plot was an adaptation of the Colombian soap operaYo Soy Betty, La Fea (1999) — translated to Brazil as Betty, A Feia and shown on Rede TV in 2002.

The original version written by Fernando Gaitán bet heavily on the archetype of the ugly duckling. Because of her appearance, Beatriz Solano (Ana María Orozco) suffered rejection and humiliation from all sides. The turnaround happened when she transformed and looked beautiful.

In the American adaptation, the focus is not on transforming Betty from ugly to pretty, but rather on achieving her professional dreams and on the Suarez family relationship. The change in the girl’s appearance is subtle and secondary. She, for example, will only take the braces off her teeth in the final episodes of the fourth and final season.

America Ferrera’s character could be defined as empowered these days. Even by default, she had a list of suitors and didn’t have a platonic crush on boss Daniel Meade (Eric Mabius). Throughout history, the two develop a relationship of friendship and complicity, and the possible end of the two together remains open.

The daughter of Mexican immigrants, Betty grew up in Queens, New York, had access to a good degree, fulfilled her dream of working at Meade publications, and became the great pride of her father, Ignacio (Tony Plata). Not a fashionista, she ends up winning the position of personal assistant to Daniel, recently promoted to editor-in-chief of Mode magazine.

The opening scene of the series already set the tone of the pride that the girl felt in relation to her Latin origin and how much she didn’t care about the judgment about her appearance.

“I liked the poncho. My father bought me one in Guadalajara [cidade no México]”, she would say to a model while waiting to do her job interview with the Meade organizations. “It’s a Dolce & Gabbana bought in Milan,” replied the young woman, without Betty noticing the ironic tone.

The protagonist’s first day on Mode is a reaffirmation of the Latina’s message on television. Costume designer Patricia Field, from Sex and The City (1998-2004) and The Devil Wears Prada (2006), pitted the character in her Guadalaraja poncho against villain Wilhelmina Slater (Vanessa Williams) and cunning Mark (Michael Urie) and Amanda (Becki Newton).

Latin family in the spotlight

Unlike American productions, in which characters let themselves be carried away by the glamorous world of fashion, Betty remains faithful to her essence and her Latin roots. There are many scenes of the Suarez family together watching the fictional Mexican soap Vidas de Fuego or at theme dinners.

As the plot unfolds, dramas in relation to the immigrant father emerge. Ignacio has problems with his legal status in the United States. It is a critical message from Horta, who is of Cuban origin, to one of the countries with the most immigrants in the world.

Betty’s sister, Hilda (Ana Ortiz), who had been a solo mother at age 17 and did not have the same opportunities to study, started to gain space in drama and found her little place in the sun after successive jobs and unhappy relationships.

“Betty is proof of the American dream, and the American dream is, in fact, alive and well, and within the reach of anyone in the world who wants it,” Horta said when receiving the Golden Globe for best comedy in 2007.

The plot, starring the simple family, also earned America Ferrera the Globe for Best Actress in a Comedy in 2007, and the Emmy in the same year. Currently, the four seasons of the series are available in Brazil on Disney+ streaming.