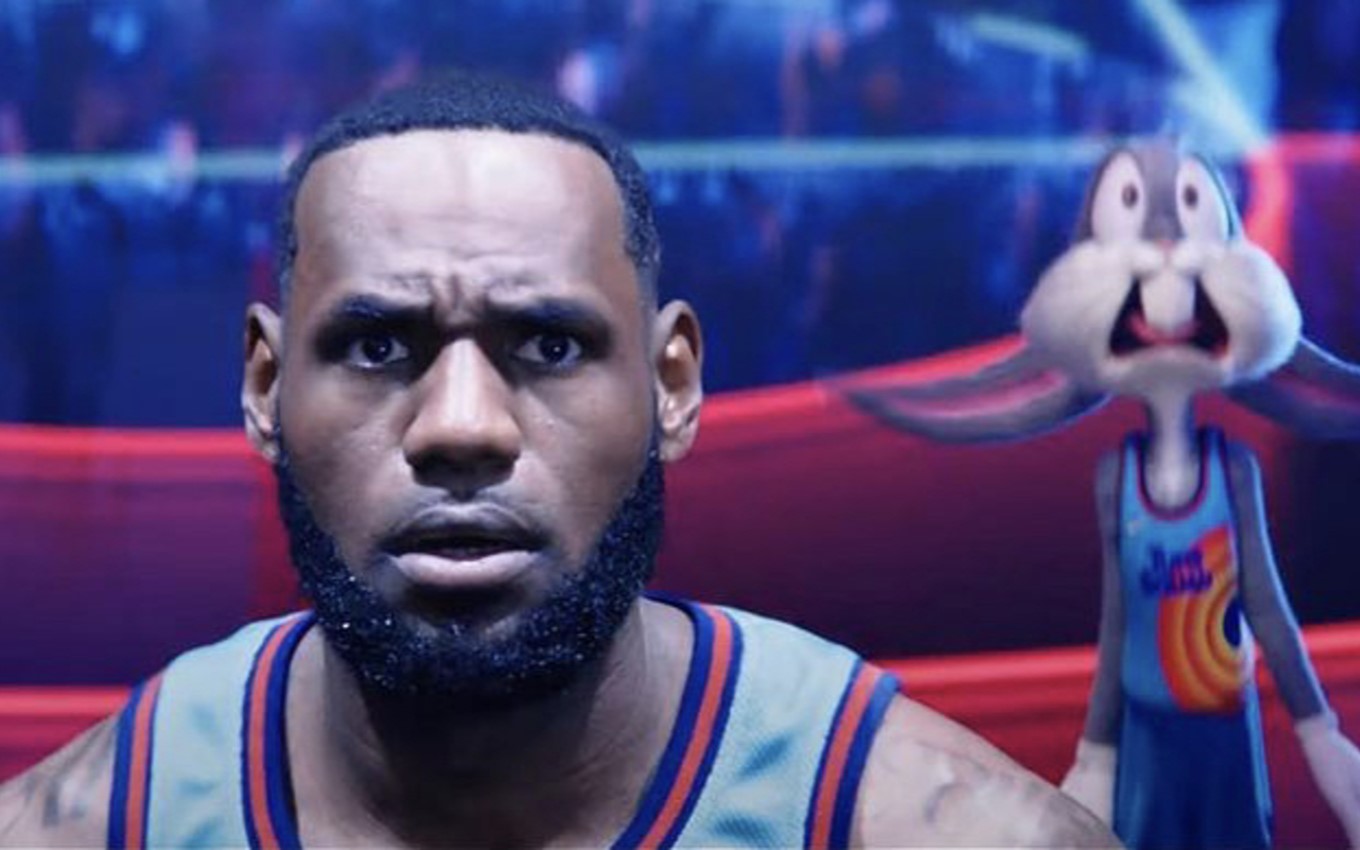 Twenty five years after the premiere of the first film, Space Jam – A New Legacy hits theaters. Instead of Michael Jordan, the current star is LeBron James, and the differences don’t stop there: the 1996 production featured only the Looney Tunes; the one from 2021, brings the entire catalog of HBO Max, with characters from Warner Bros. and its partners.

In the plot, LeBron James and his son Dom (Cedric Joe) don’t get along. While the father can only think about basketball, the boy has another aspiration: technology. The young man even built his own video game.

Dom tries to play basketball like LeBron, but his father ended up taking the fun out of the sport. To cheer up his middle child, the player takes the boy into a meeting with Warner Bros.

There, the pair are absorbed into Serviverso by the evil algorithm (Don Cheadle). The villain wants LeBron to promote his new invention, Warner 3000. However, the player just wants to get out of the server and get his son back. To decide this impasse, they need to assemble a team and play a game of basketball.

In Serviverso, LeBron finds a world full of movie and series references, available on HBO Max. From The Flintstones (1960-1966) to Rick & Morty, the player travels through the world of DC, Harry Potter and Mad Max.

With so many characters from the past, the production is not just for children. And the references aren’t just limited to pop culture. Iconic basketball moments are reproduced in the film, such as: the meme with the face of Lebron, the classic phrase by Kevin Garnett and the catchphrase by Damian Lillard.

Watch below the trailer of the movie starring Lebron James: