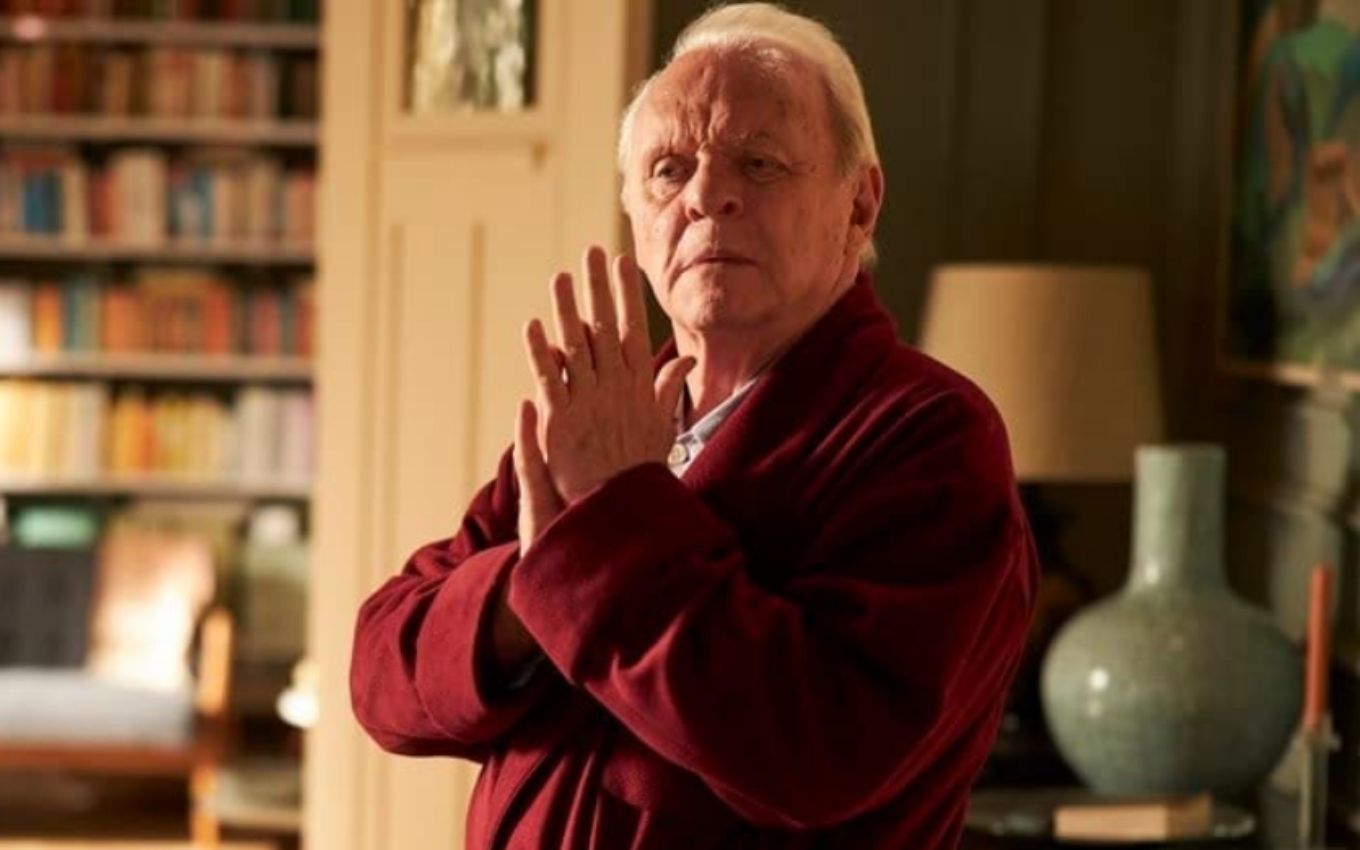 Winner of a single Oscar in more than 60 years of career, Anthony Hopkins goes for his fifth attempt to add another statuette to his resume with his work in My Father (2020), a drama that received six nominations in all in the 2021 edition At 83, the veteran shows that the race against favorite Chadwick Boseman (1976-2020) will be fierce.

Based on a play written by French author Florian Zeller, who makes his debut as a film director precisely in the adaptation of his work, Meu Pai is a devastating account of an elderly man struggling with dementia and the consequences that the disease caused in his life. life.

More than portraying the symptoms and difficulties caused in a person suffering from dementia, the film stands out by fitting the viewer into the point of view of Anthony, a character lived by Hopkins. Everything you see on the scene is what goes on in the protagonist’s problematic mind.

A retired engineer, Anthony moved in with his youngest daughter, Anne (Olivia Colman, Queen Elizabeth of the third and fourth seasons of The Crown), after he fought with his former caregiver and made it impossible to live alone in his flat.

Stubborn, Anthony refuses to accept his new condition, placing several obstacles for Anne to find a caregiver to help her with her father. To make matters worse, she fell in love with a man who resides in Paris, France, and can no longer live in London with him.

Anthony Hopkins and Olivia Colman in My Father

For Anthony – and, consequently, for the public – the simplest information is always doubtful. In one moment, he thinks he is being harmed and robbed, and in the next, he questions the very nature of his existence, since his daughter suddenly appears as someone else (Olivia Williams).

The change in the actors who play the characters in Anthony’s life works to explain how the disease works: the elderly no longer recognizes their daughter, ex-son-in-law (now Rufus Sewell, now Mark Gattis) or the new caregiver.

For him, Anne’s house is his flat, the paintings – which never existed – are the ones painted by his youngest daughter, someone he misses, but does not remember his death.

By working with the text itself, Zeller knows how to feed the dimension of Anthony’s difficulties in directing. In each scene, the layout of the apartment is different, while one actor gives way to the other.

The film almost never shows the exterior, but constantly changes the interior and the parameters of the setting in a way that shows viewers the protagonist’s growing helplessness.

My Father, however, would not have the strength he has without Hopkins’ impeccable performance. His ability to go from a playful gentleman to a grumpy and intolerant old man is impeccable, supported by Olivia Colman, also nominated for an Oscar. The audience suffers, laughs and cheers with Anthony, which makes it even more distressing to keep up with their despair at the difficulties of dementia.

Even though Chadwick Boseman is the favorite for delivering one of the best performances of his career in The Supreme Voice of the Blues (2020), Hopkins proves with My Father that, at the age of 83, he still has the breath to show that the dispute over the figurine will be relentless.

Watch the subtitled trailer for My Father: