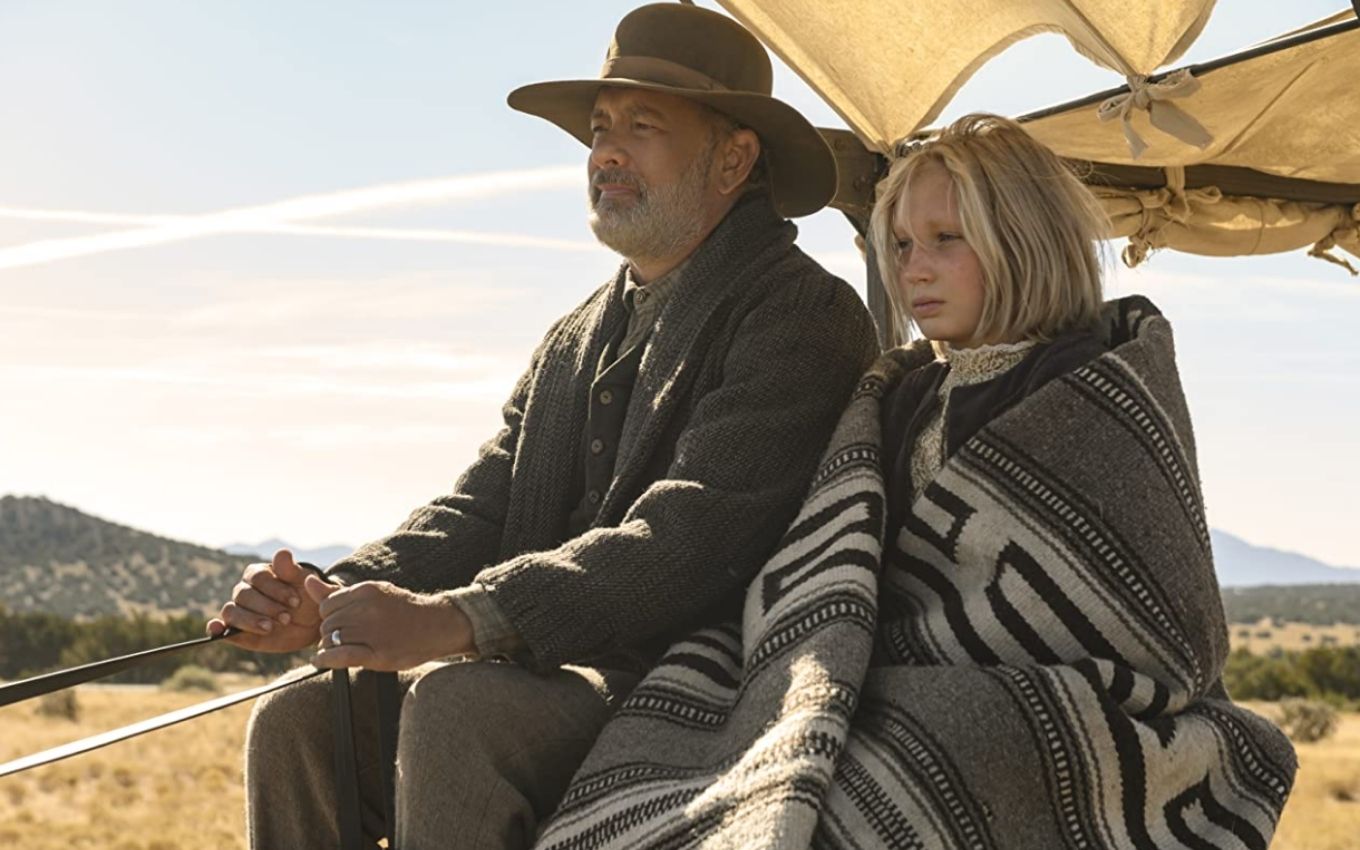 Winner of two Oscars, Tom Hanks makes his debut on Netflix with Reports of the World, a feature film that debuts in the platform’s catalog this Wednesday (10). In search of his third statuette, the star is the protagonist of a production that has similarities with Central do Brasil (1998), a national feature starring Fernanda Montenegro and which was nominated in two categories in the maximum cinema award.

As it is a film located in the United States of 1870, the comparison seems absurd. The premises, however, are similar – and both have two of the great stars of their countries at the head of the cast.

In Reports of the World, based on the book of the same name by Paulette Jiles, Hanks plays Jefferson Kyle Kidd, a former captain in the Confederate army who fought in the American civil war (1861-1864). After the conflict, he left the life of the military and started earning money traveling from city to city and reading the country’s main news to citizens without time to find out.

On one of his trips, the captain meets young Johanna (Helena Zengel), a 10-year-old German girl who was lost after her family was brutally murdered. Without the social support of the authorities, Jefferson assumes the responsibility of taking the young woman to meet her remaining relatives.

As the starting point of the feature is the journey of Jefferson and Johanna, the comparison with Central do Brasil is inevitable. In the Brazilian film, Fernanda played Dora, a teacher who makes her living writing letters to illiterate people. One day, one of her clients is run over and dies, leaving her son, Josué (Vinícius de Oliveira), alone. Aware of the situation, Dora decides to help the boy find his father.

In both films, much of the narrative is about the pair’s journey towards destiny. While Jefferson and Johanna travel the arid roads of the Texas desert, Dora and Josué traverse the interior of the Brazilian Northeast, equally poor – despite more than a century separating the reality of the characters.

A former combatant in the bloody war, Jefferson is a man full of trauma. He left his city and his wife’s memory to live a nomadic life, in search of a spiritual peace that he seems doomed to find. Johanna, despite her German descent, has lived with the Kiowa tribe since she was six years old and cannot communicate with the captain.

Despite the difficulties, the experience side by side during the 640 kilometers that separate them from their final destination creates (to the surprise of a few) a greater bond than either of them expected. Doubly an orphan, Johanna is a wild child with no trace of social conscience. But it is with Jefferson’s affection that she learns to reconnect with the world – doing the same for him.

In comparison with other productions of the genre, the film by the director of Paul Greengrass (franchise Jason Bourne) sets aside the myths of the American hero and focuses on a more current speech. Without pretending to be a protagonist along the lines of Clint Eastwood, Tom Hanks avoids looking like the macho cowboy of other times, even if he demonstrates the courage necessary to survive in difficult times.

The World Reports speech is more political than fanciful. Even if some conflicts appear, the fight for good against evil is left aside and social policies gain strength. At a time when the United States was divided, listening to the captain’s words of comfort and encouragement is, in a way, necessary – especially when leaving a year like 2020.

Hanks’ great partner on this journey, Helena Zengel appears to be a force of nature. Despite her young age (12 years), the child actress equals her performance with that of the star. Not by chance, she received nominations for the Golden Globe, SAG Awards and Critics Choice Awards – becoming one of the favorites to appear in this year’s Oscar list.

It may be that Tom Hanks does not receive his seventh nomination for the biggest film award for World Stories, but that possibility does not diminish the size of his work on his Netflix debut.

Aware of the film’s potential, the service showed strategy when purchasing Universal’s international distribution rights, taking advantage of the lack of security for the release of films around the world during the pandemic. It remains to be seen whether Oscar voters will share the same vision as the streaming giant.

Check out the trailer with Subtitles of the World below: