The penultimate episode of Falcão and the Winter Soldier is now available on Disney + and brought up the racism hidden in the bowels of the United States. Sam Wilson (Anthony Mackie) is the highlight of the fifth chapter as it is placed at the center of the debate and reflects on the legacy of the shield. The series then prepares for the arrival of a black Captain America.

Titled Truth, the new episode follows the events of the previous one and shows John Walker (Wyatt Russell) dealing with the death of Lemar Hoskins (Clé Bennett). A fugitive after murdering one of the stateless members in cold blood in a public way, he is found by Sam and Bucky (Sebastian Stan) in an abandoned shed.

The trio discusses the attitude of the new Captain America, who justifies the murder with the death of his partner. Sam and Bucky ask him to hand over the shield, but Walker denies it, starting a battle between the three.

Even if it is short, the fight is exciting and worthy of a fight from Marvel Studios. Walker faces the two on an equal footing, making good use of the super soldier serum he took in the previous episode. Falcão and the Winter Soldier try to shoot him down, but they can only bring him down by working together.

Sam finally manages to take the shield after fracturing Walker’s arm, but not before having the wings of the Falcon uniform destroyed by the ex-hero. Shot down, the new Captain is handed over to the authorities and taken to the US court martial.

The confrontation between Sam, Bucky and Walker

For his public acts, Walker is expelled from the Army and will no longer hold the title of Captain America. Even though he has been an example of a soldier throughout his career, he is scared by congress and has just not been sentenced to prison for his brilliant past. Upset, he is approached by surprise by the unknown countess Valentina Allegra de Fontaine (Julia Louis-Dreyfuss, the special appearance promised by the showrunner).

Valentina supports Walker and says she agrees with the death of one of the Stateless, as well as the boy’s decision to take the serum. She says he has become valuable to some people and demands that the former Captain answer the phone when she calls. If the character follows her origin in the comics, the countess will be a SHIELD agent recruiting another soldier for her missions.

In Europe, after managing to escape from Sam and Bucky, Karli Morgenthau (Erin Kellyman) and the rest of the Stateless People plan the final blow and recruit Georges Batroc (Georges St-Pierre), who disappeared from the first episode, to join forces against the heroes and the authorities. While the young woman wants to break down the borders between nations, the villain wants revenge against the Falcon.

After breaking up with Sam, Bucky tracks Zemo (Daniel Brühl) at the memorial of Sokovia, his homeland. The baron notes that Karli has been “radicalized beyond salvation” and that the Winter Soldier, as a trained assassin, knows what needs to be done: kill her.

Bucky states that they will deal with Karli in his own way, and deceives Zemo by pulling the trigger on an empty gun aimed at his head. He hands the baron over to the Dora Milaje, who will take him to prison again. Before leaving, Ayo (Florence Kasumba) advises the White Wolf to stay away from Wakanda for a period, given his role in freeing T’Chaka’s killer (John Kani). Bucky understands, but still asks his friend one last favor. 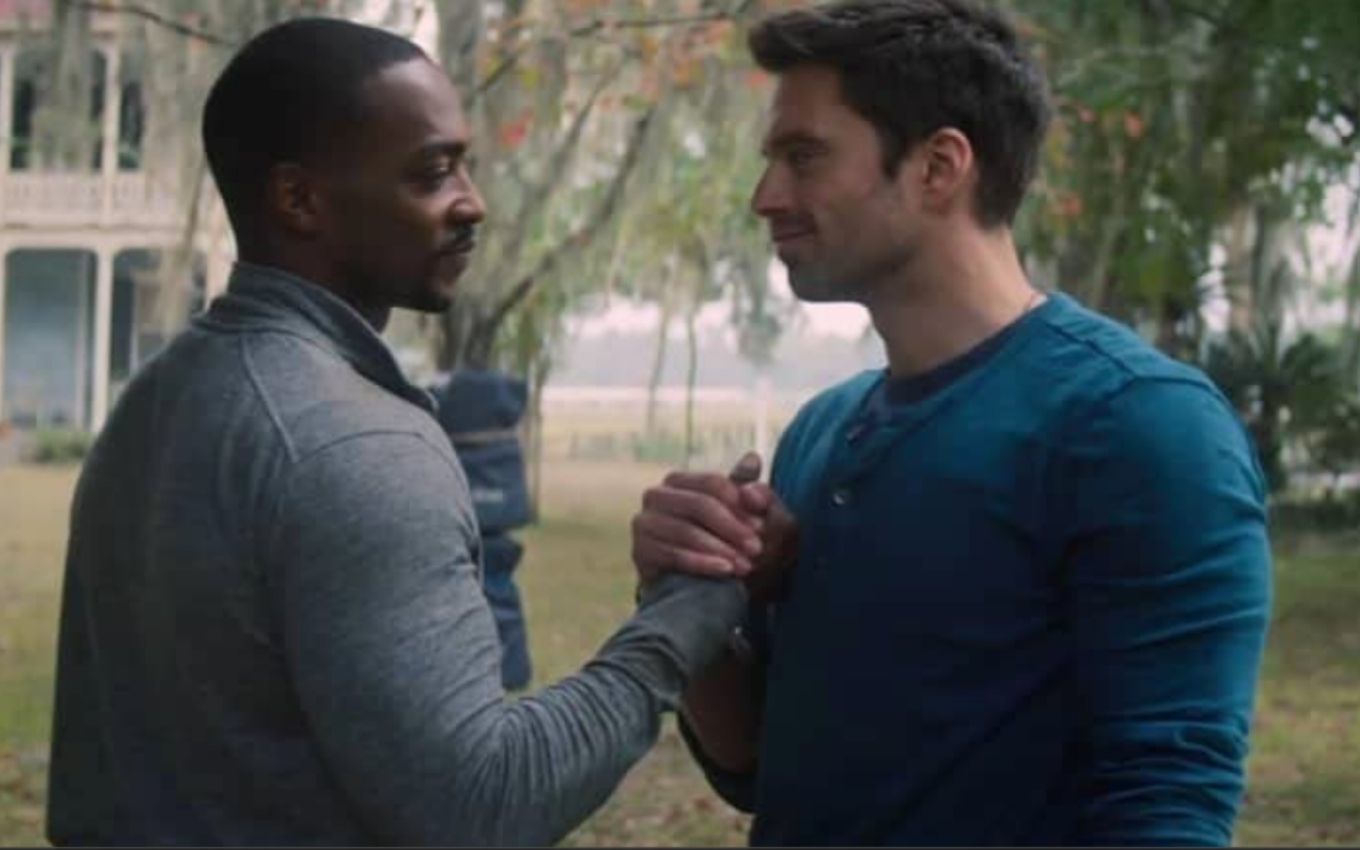 Sam and Bucky took on the partnership

Back in the United States and carrying the shield, Sam again visits Isaiah Bradley (Carl Lumbly) to understand why he never assumed the title of Captain America after the disappearance of Steve Rogers (Chris Evans) instead of being a prisoner and made guinea pig for 30 years.

“I used to be like you, until I opened my eyes,” says the old man to Sam. “I saw the Red Tails (Caldas Vermelhas, the famous American squadron), fighting for our country … Just to go home and find crosses burning on their lawn,” adds Bradley, implying that his teammates were racists.

You insist that you could never take on the shield because the United States would never allow a black man to become Captain America. According to him, the “blond with light eyes that symbolizes the great white hope”. Instead, as the only African American surviving the experiments, he was made a guinea pig for decades while his wife thought he was dead. Bradley reveals that he only escaped after a nurse felt sorry and forged his death.

Sam suggests that he go public and tell his journey, but Bradley refutes the idea. “They erased my story, but they’ve been doing it for 500 years. Even if they let a black man take over the shield, none of them who respect himself would accept the mission.”

Falcão returns home to reflect and starts to help his sister, Sarah (Adepero Oduye), in the reconstruction of the family boat to sell and pay off her debts. With the support of the community (and a newcomer Bucky), they rebuild the vessel, but Sarah decides not to negotiate and maintain the family’s legacy.

Bucky, for his part, is staying at the Wilson home, and the duo uses that time to reconnect and better understand each other’s decisions. The Winter Soldier understands the issue of racism and apologizes for putting pressure on his friend, while Sam advises him not only to ask his victims for forgiveness, but for Bucky to help them move on.

With the ties strengthened, Bucky delivers an order to his friend (the favor asked of Ayo) and leaves saying that he will return as soon as they get a clue about Karli’s whereabouts. Sam uses this time to train with the shield and prepare for the final battle.

Allied with Batroc, Karli is preparing an attack on the authorities during the vote that will take refugees from the world back to their countries of origin – and end their one-nation plan. Located in New York, the meeting is halted when some undercover security guards take over the place. An invasion becomes imminent, but combat is reserved for the final episode of the season.

The fifth chapter also featured the first post-credits scene of Falcão and the Winter Soldier. In it, John Walker appears producing a new Captain America shield. His goal, however, will also not be revealed until next week.

The final chapter of Hawk and The Winter Soldier hits the Disney + catalog next Friday (23).