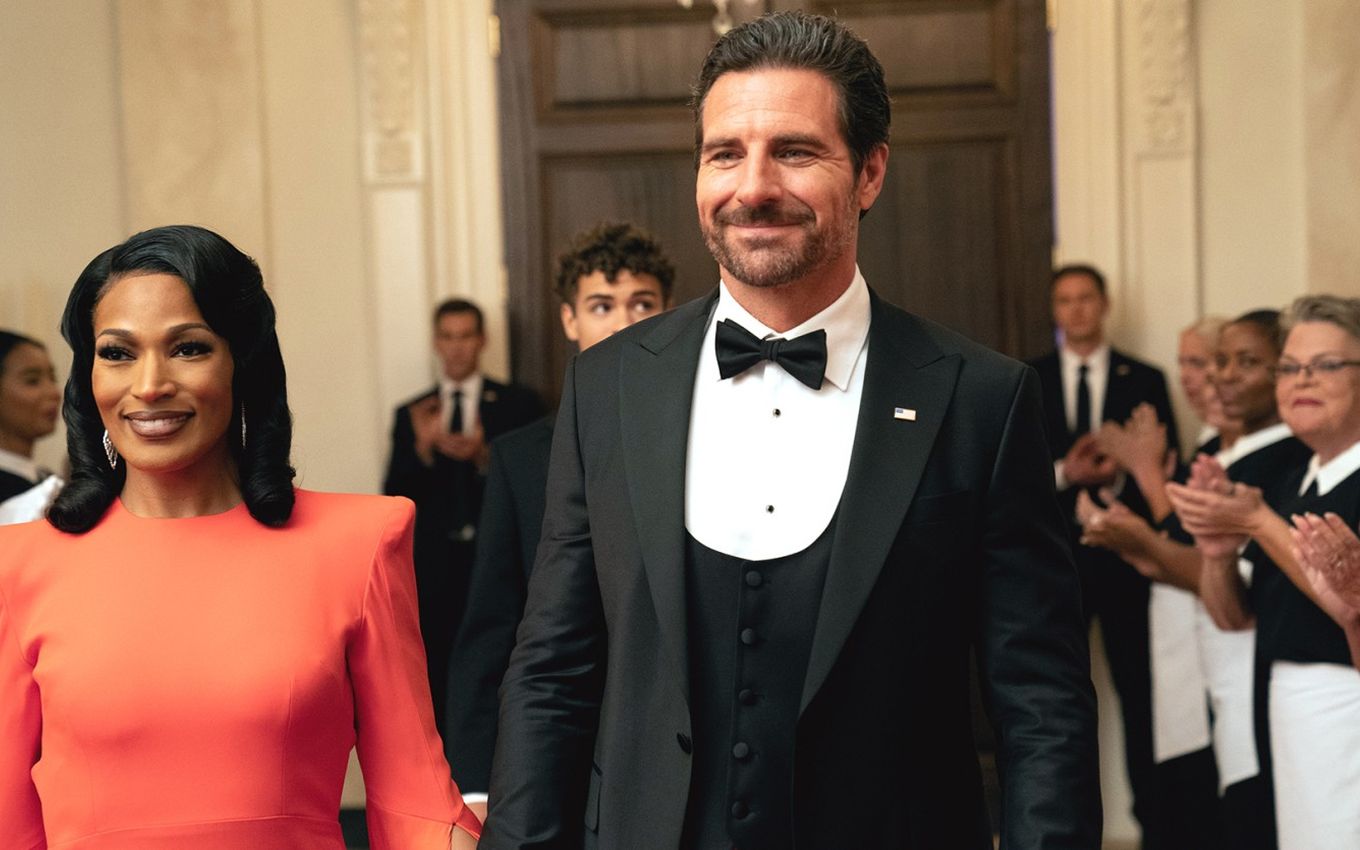 Showing behind the scenes of the routine of the President of the United States and his team is nothing new on TV: The West Wing (1999-2006) has already done this successfully and with many awards. But The Oval series takes the focus away from diplomatic conflicts and replaces them with the personal life of the first family, with the right to betrayal, slap in the face and deaths. It’s kind of like The Crown, but with the White House in place of the British royal family.

Available on the BET channel since last Friday (26), The Oval tells the story of Hunter Franklin (Ed Quinn), a career politician who takes on the most important position in the world and needs to deal with the challenges of the new post at the same time in which he faces the revolt of the first lady, Victoria (Kron Moore), and the rebellion of his sons, Gayle (Paige Hurd) and Jason (Daniel Croix Henderson).

Created, written and directed by Tyler Perry, named by Forbes magazine as the highest-paid man in entertainment, the series has twists and turns all the time. Plots, conspiracies, fights, affairs and even a sexual cult are part of the scripts. There are so many surprises that its cast encourages the Brazilian public to stay away from social networks so as not to run the risk of taking spoilers.

In an interview with TV News, Ed Quinn argues that the attraction has everything to be successful in Brazil – after all, our television culture is built on top of dramas. “I think it will be a blast there! The Oval is an escapist, crazy, completely exaggerated novel. And with that touch that only Tyler Perry has. I’m hoping it will be successful, because I really want to visit Brazil”, he says.

The 53-year-old heartthrob still confides his secret in order to give truth to a plot that goes beyond all limits of realism. “I try to take a little humor, then when something becomes too unbelievable, I can give it a certain balance. But you have to embrace the exaggeration of this universe, when you sign the contract you already know that it will be crazy. in your mind to have a believable interpretation “, he explains.

Quinn struggles to defend the attitudes of his character, who hates his wife, keeps several lovers and is even able to kill to get anyone out of his way. “Hunter is kind of a prisoner in this world. He was mayor, governor and now he is president. But this is a journey he didn’t want, he kind of fell for it. So he rebels and decides to live the life he always wanted, although he should to be serving the American people … which he does not do very well or so often “, he admits.

And if the actor had a chance to rule the United States for real, what would be the legacy of his mandate? “I was going to end summer time! I want to be like Brazil (laughs). We will see more football, our children will fight jiu-jitsu, the surfers Gabriel Medina and Ítalo Ferreira will be idols in the country … My slogan will be: ‘United States, we could be like Brazil!’ (laughs).”

The Oval is shown in Brazil by BET, a channel available for free on Pluto TV. The 25 episodes of the first season will air from Monday to Friday, at 11pm. Check out the trailer (in English) presenting the plot: