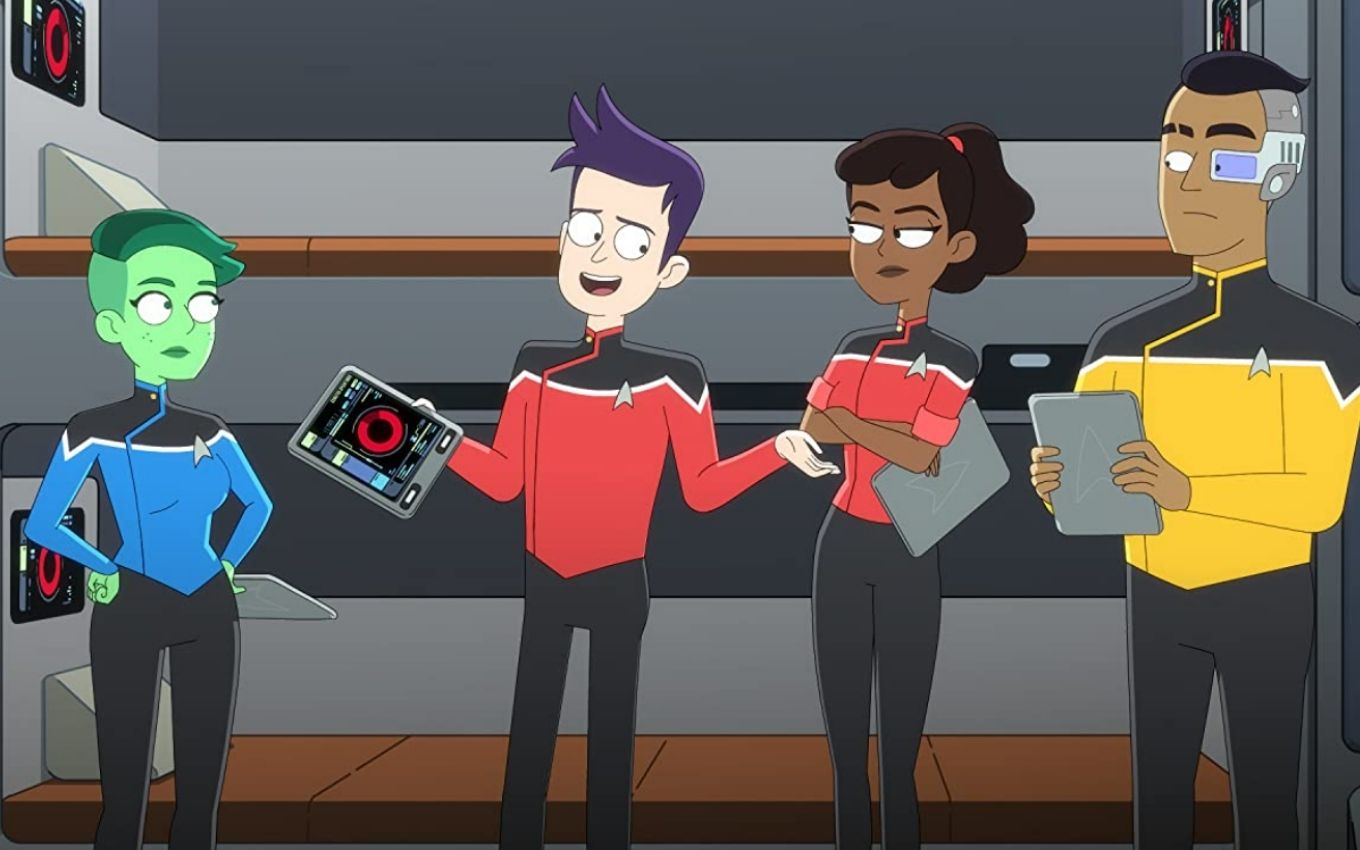 One of the longest running franchises in pop culture, Star Trek takes on a new face in Lower Decks, an animated spin-off that arrives this Wednesday (15) at Paramount+. Aimed at an adult audience, the new series succeeds in focusing on little used nuclei in previous productions and delivers its best moments by laughing at itself.

As a work of science fiction, Star Trek has the ideal strength to expand a universe that is already huge in animation. The first attempt came with Star Trek: The Animated Series (1973-1975), a sort of sequel to the original created by Gene Roddenberry (1921-1991).

The experience lasted only one season and 22 episodes, but the franchise became nearly immortal and returned in countless offshoot films and series. With Lower Decks, the universe of iconic characters like Captain Kirk (William Shatner) and Spock (Leonard Nimoy) gains new opportunities and even more charisma by highlighting characters that would hardly be represented in live-action versions.

Star Trek: Lower Decks is focused on the team working the lower tiers of the USS Cerritos, one of the Starfleet spacecraft (as well as the iconic USS Enterprise). Here, the protagonists do menial and mundane jobs to keep the ship running — very different from the adventures experienced by captains and leaders in other series.

The protagonists are Boimler (voiced by Jack Quaid of The Boys), an aspiring captain who plays by all the rules; Mariner (Tawny Newsome), his fellow rebel who specializes in causing more trouble than working; Rutherford (Eugene Cordero), an engineer with a new cyborg implant he is struggling to adjust to; and Tendi (Noël Wells), the crew’s newest recruit.

Escape from the glamor of the Enterprise and the adventures of Kirk, Picard and several other iconic leaders in the franchise, Lower Decks finds in humor a way to make the adventures of unheroic characters more fruitful. The actions are less megalomaniacal, but just as fun compared to the live-action series.

Part of the quality of Lower Decks comes from inspirations in works outside the Star Trek canon. In a chat with the press of which the TV news series creator Mike McMahan confessed that he used his experience as a screenwriter for Rick and Morty — an animation also focusing on science fiction — to create the concept for the new derivative series.

“Our biggest challenge was to make a good comedy that worked within the Star Trek universe. Rick and Morty has an episode structure very similar to Star Trek, with the characters having to deal with sci-fi issues every episode and in in the end, taking some lesson from that and changing little by little,” he explained.

For those who aren’t regular fans of the old series, Lower Decks serves as an interesting gateway to the Star Trek universe. Without the extravagances of Kirk and Spock’s adventures, a good way to enjoy animation is to see it as the world’s representation of undervalued professionals in the “corporate food chain” — something similar to what The Office (2005-2013) did with a lot of quality.

For those who have been fanatical about the franchise since the classic series, animation also serves as a great addition to the expanded universe. There are several references made — almost always as a joke — to characters as iconic as the name Star Trek. As for guest appearances, McMahan warned that surprises could arise in the future.

[Se pudesse] I would put them all in, but at some point I have to think, ‘Am I doing a good job or just being a fan?’ It needs to make sense in the series. It’s hard to name a wish list because there are so many characters, so many crews in Star Trek. But opportunities are yet to arise.

With ten episodes, the first season of Star Trek: Lower Decks debuts this Wednesday (15) on Paramount+. The second wave, on display in the United States, has no forecast yet to arrive in Brazil.

To watch Star Trek: Lower Decks, you must subscribe to one of the Paramount+ package options. Since September 14, the streaming service has been offering a 50% discount on its annual plan: the annual subscription, which used to cost R$199.90, has been changed to R$99.90.

The discount is valid for new subscribers and also for consumers who want to migrate their monthly plans to the annual package. In October, streaming will return to full plan value.