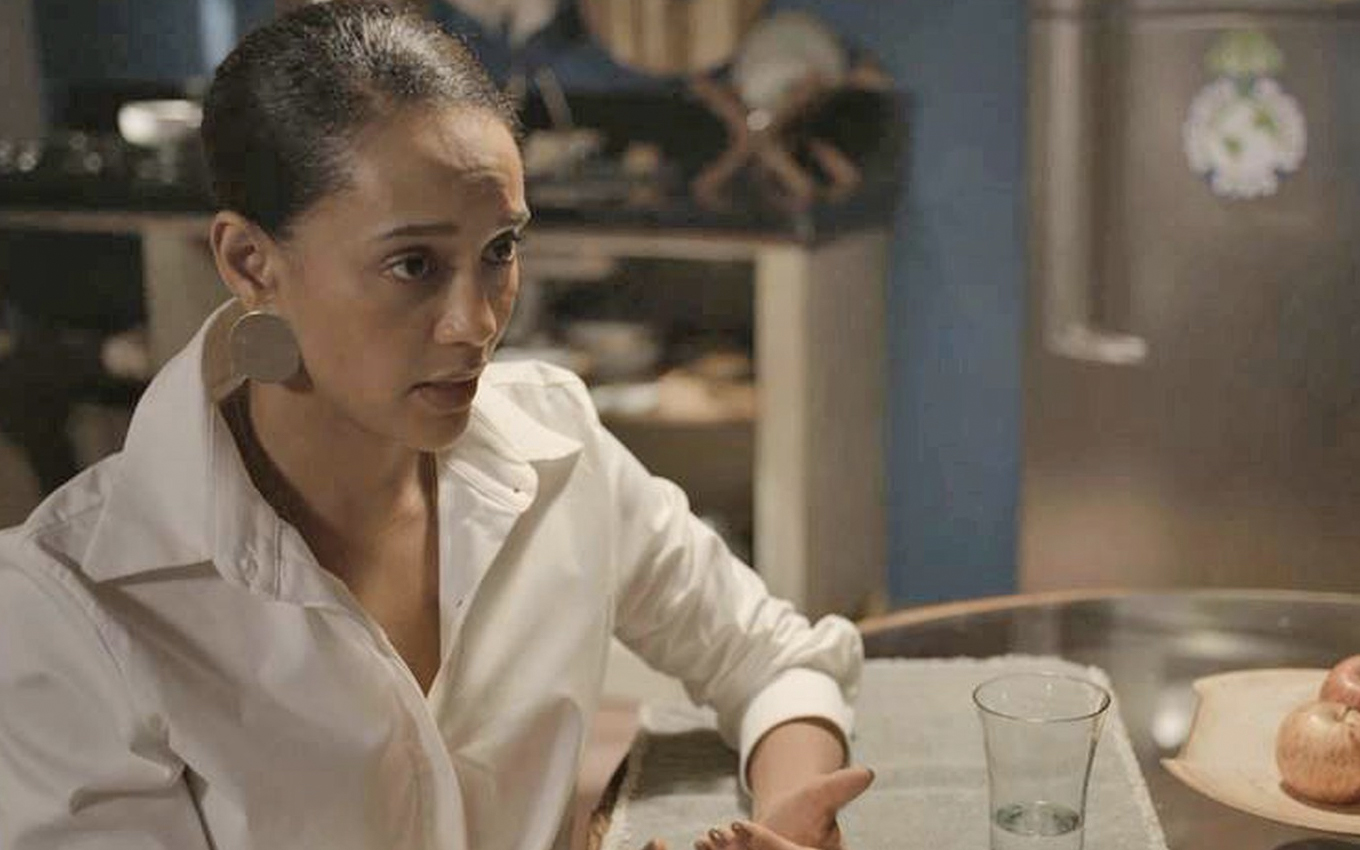 Interpreter of Vitória em Amor de Mãe, Taís Araujo is not ashamed to admit that the coronavirus pandemic (Covid-19) pulled her down. She explains that she had a greater sense of the effects of social isolation on her psychological when she took the car for the first time to return to the Studios Globo, in Rio de Janeiro, in order to resume the recordings of the soap opera of nine.

“I wanted to look people in the eye and see if they were okay. I was going to work listening to Alcione on high and I haven’t been singing for a long time [junto]. Since I was a teenager, I only do this when I’m happy. It was the first time that I hummed after months “, confides the artist to the TV news.

Despite the setbacks, the actress has always supported the restriction measures to reduce the circulation of Sars-COV-2. For six months, she was practically locked in the house with her husband Lázaro Ramos and their children João Vicente, nine, and Maria Antônia, six.

The precautions worked, since the family only contracted Covid-19 about three months after Taís and Lázaro started to make the confinement more flexible. Before, they had only recorded Amor & Sorte (2020) at home, with the help of a remote team – and nothing else.

“The fact that I was able to work was very important and saved me, but leaving home to record [a novela] it was also very special “, reveals the carioca, who did not neglect preventive measures for even a minute on the set.

Taís even became a joke among the team for his attachment to special protective equipment. “I ran a scene in which Vitória drove in a mask and I still stamped my foot, which was just like that, that everyone had to wear it while driving. Then they explained that I didn’t and I had to redo it all”, she hands over, laughing .

Amid so many experiences, she says that Manuela Dias’ booklet also helped her to realize that, as a mother and woman, she also had the right to be vulnerable. “We are trying to deconstruct this business of the woman’s unwavering strength. We are neither the weaker sex nor the girl who supports everything. It is not all the time that we will be able to cope”, philosophizes the actress.