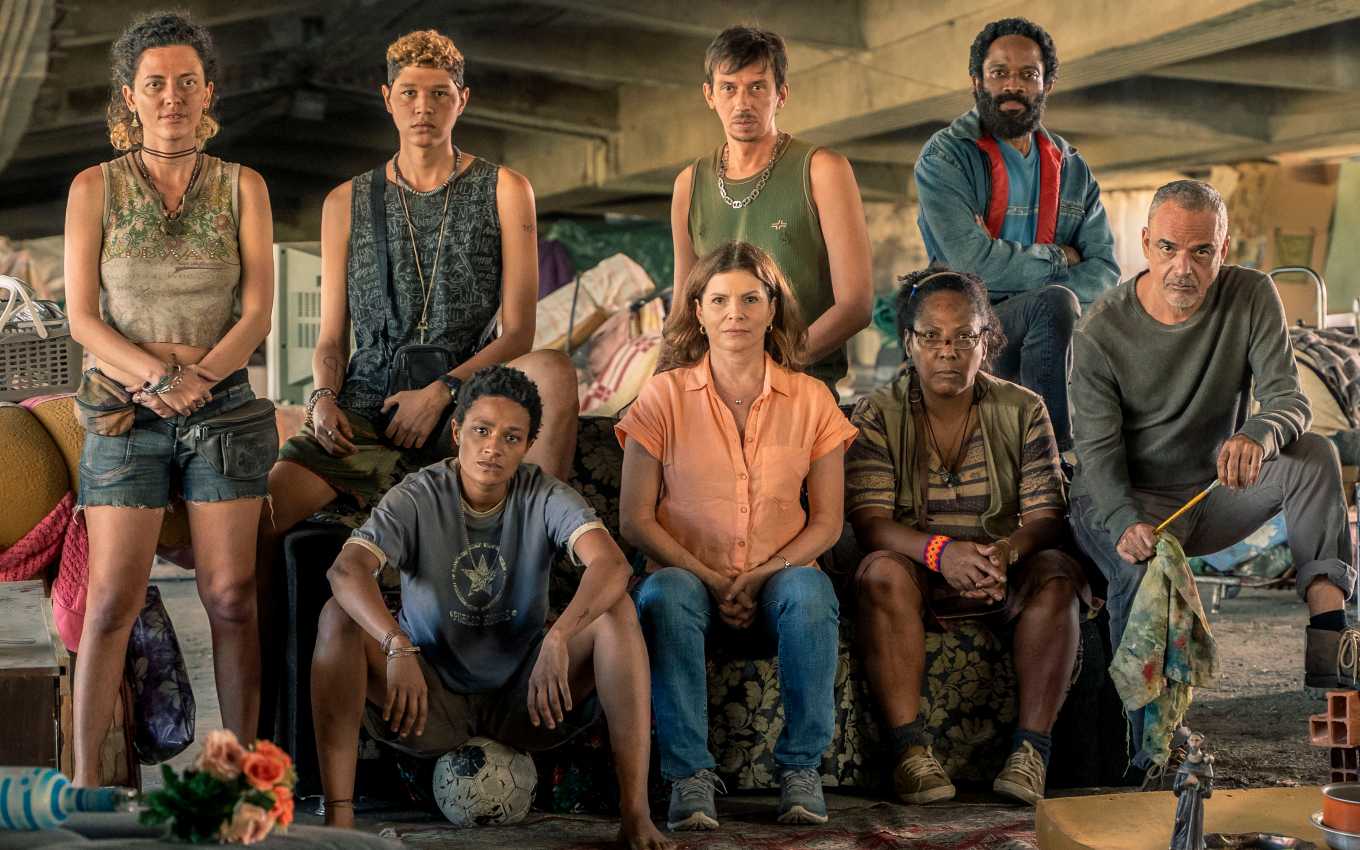 The reality of Brazil is very difficult for many people, and fiction is no different. The Second Call series debuts this Friday (10) its new season, with very impactful and heavy plots, inspired by situations that actually happen and can be seen around the country. Topics such as xenophobia, violence against women, homeless people, truancy and alcoholism are addressed.

The episodes portray a new school year at the school that works in the EJA (Youth and Adult Education) modality. Different students start classes with the intention of resuming their studies and finally graduating, and each one of them brings their own stories, pains and difficulties.

A plot that catches attention right away is the feud between two students who suffer from different prejudices. One is indigenous, makes a living selling handicrafts and suffers from provocations and hateful comments from other students.

One of those prejudiced people is a young man who, in turn, also faces xenophobia: he came from Paraíba and is mocked for being northeastern in São Paulo.

Throughout the six episodes of the new wave, other scenes also come with the intention of impacting the viewer. Femicide will be addressed, for example.

“The number of cases of violence against women has increased by more than 25% in Brazil [durante a pandemia]. The series will talk about it in depth, I think it’s a matter of extreme relevance in the situation we are in now. When we went to rehearse, all the actresses had a story to tell, they had been victims of some kind of abuse. I think this is a necessary, important theme, which will be very present in the second season”, says director Joana Jabace.

The main drama of the cast of students, however, is the fact that many of them live without the bare minimum, without basic conditions. In Second Call, teacher Lúcia (Débora Bloch) goes after people who live on the streets of São Paulo to offer places at the school.

“The series has a format in which we follow the trajectory of the teachers and, together, it shines light on certain students during the episodes. The social guidelines are present, and we choose the subjects and think. If the first season was about characters very precarious economically, we thought: ‘How can we talk about an even harsher reality? That’s when the idea of ​​talking about the homeless population arose”, explains Carla Faour, one of the creators and authors of the series.

“The school gains an extra layer, which is a place where citizenship can be rescued. This homeless population, in addition to seeking formal education, a new beginning, a new chance, seeks their most basic rights. Many do not have ID cards, they don’t know they have the right to be there. We put the series in a place for discussing education and the right to citizenship. It’s a rescue of dignity,” she adds.

Even with the teacher’s support, the journey of homeless people at school is not easy. They face resistance from colleagues and teachers, in addition to the issue of alcoholism in one of the students – interpreted by Ângelo Antônio.

Second Call in the pandemic

The first season of Second Call premiered in October 2019, and the second season began recording shortly thereafter, in February 2020. Recording, however, had to be suspended in March of last year because of the Covid pandemic -19.

The series was rewritten, the stories were condensed into six episodes, and work resumed in November 2020 — only to be stopped again in March 2021, in the worst phase of the pandemic. The last episode of the series was finally finished in this week’s edition only.

The authors and the director feel satisfied for having been able to complete the work even in the midst of an adverse situation. They ensure that, despite all the dense atmosphere of the series, there are also moments of affection and humanity to lighten some of the weight.

“It was a whole other way of doing [a série], what we went through was very hard. Knowing it’s going to debut is a tremendous sense of accomplishment. We did it”, celebrates Joana Jabace.

“No matter how arid the themes, we use affective exchange between students, teachers, people. When we know the history of each one, we see that there are human beings who previously seemed invisible. We try to bring humanity, emotion, affection . This alleviates the dryness,” declares Julia Spadaccini, another author and creator of the series.