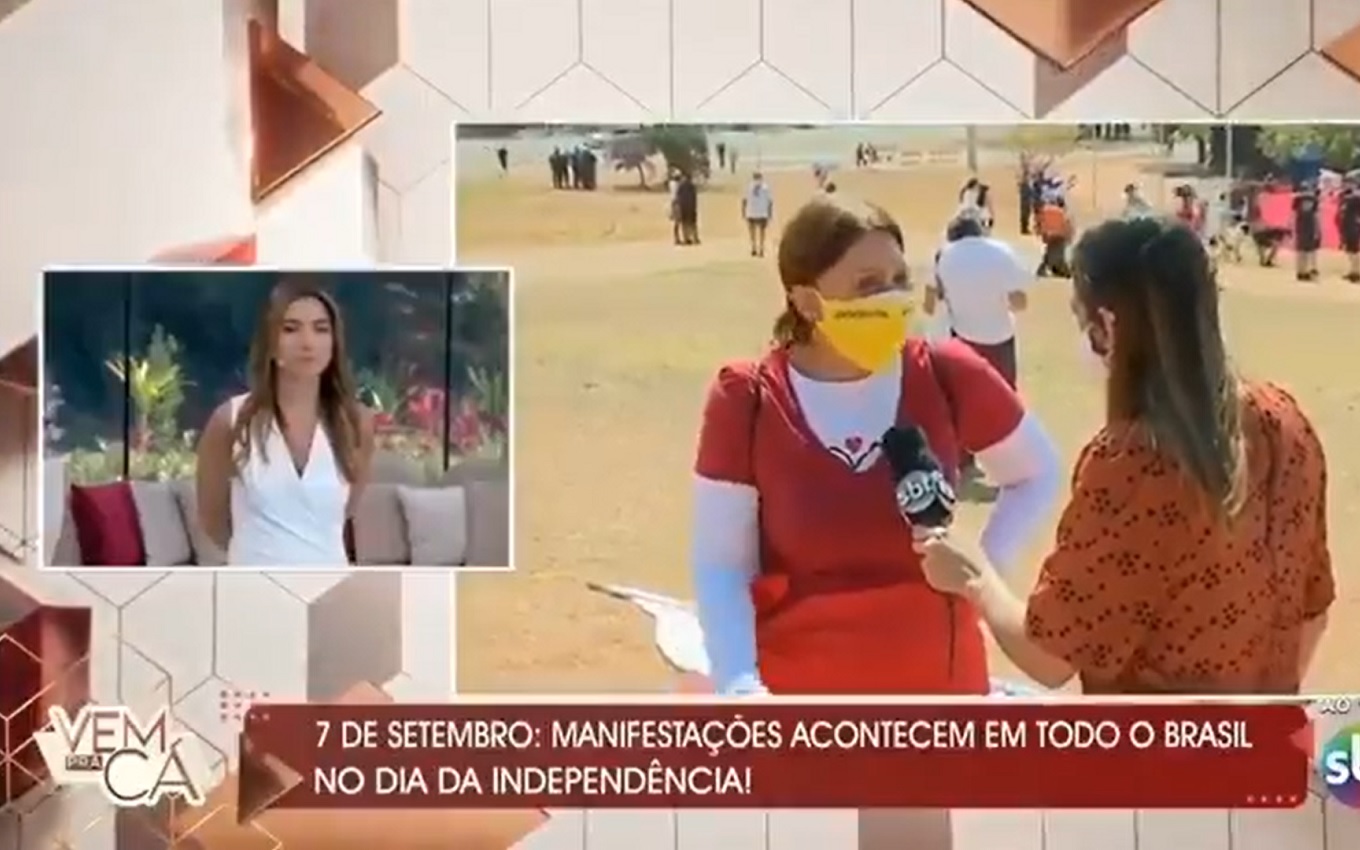 During the Vem Pra Cá this Tuesday (7), Patricia Abravanel was bothered to hear a woman release an “Outa Bolsonaro” live. The interviewee was at Grito dos Excluídos, in Brasília (DF), during a demonstration on the Brazilian Independence holiday. When talking to an SBT reporter, she asked the president to leave and the called it a genocide. Silvio Santos’ daughter is married to Fábio Faria (PSD-RN), Minister of Communications in the Government.

It all started while covering the protests taking place in the federal capital. In addition to interviewing Bolsonaro supporters, the station’s reporter was guided by Gabriel Cartolano to talk to opponents who were practically in the same location.

That’s when the journalist asked about the screams of the opponents, who asked for the departure of the president of Brazil. The woman had no shame and spoke live on national television: “Out of Bolsonaro. Genocide! Enough, it’s done, it’s over. It’s already been five years of suffering in this country.”

At the same time, SBT’s screen showed Patricia Abravanel with a frown and clearly annoyed. The presenter has already shown support for Jair Bolsonaro in personal statements, in addition to participating in events of her supporters, such as the owner of Havan stores, Luciano Hang.

This lady dropped a FORA BOLSONARO GENOCIDA – Ao Vivo, in the program of Patricia Abravanel, wife of the Minister of Communications of Bolsonaro. pic.twitter.com/IRGMmVt9cg