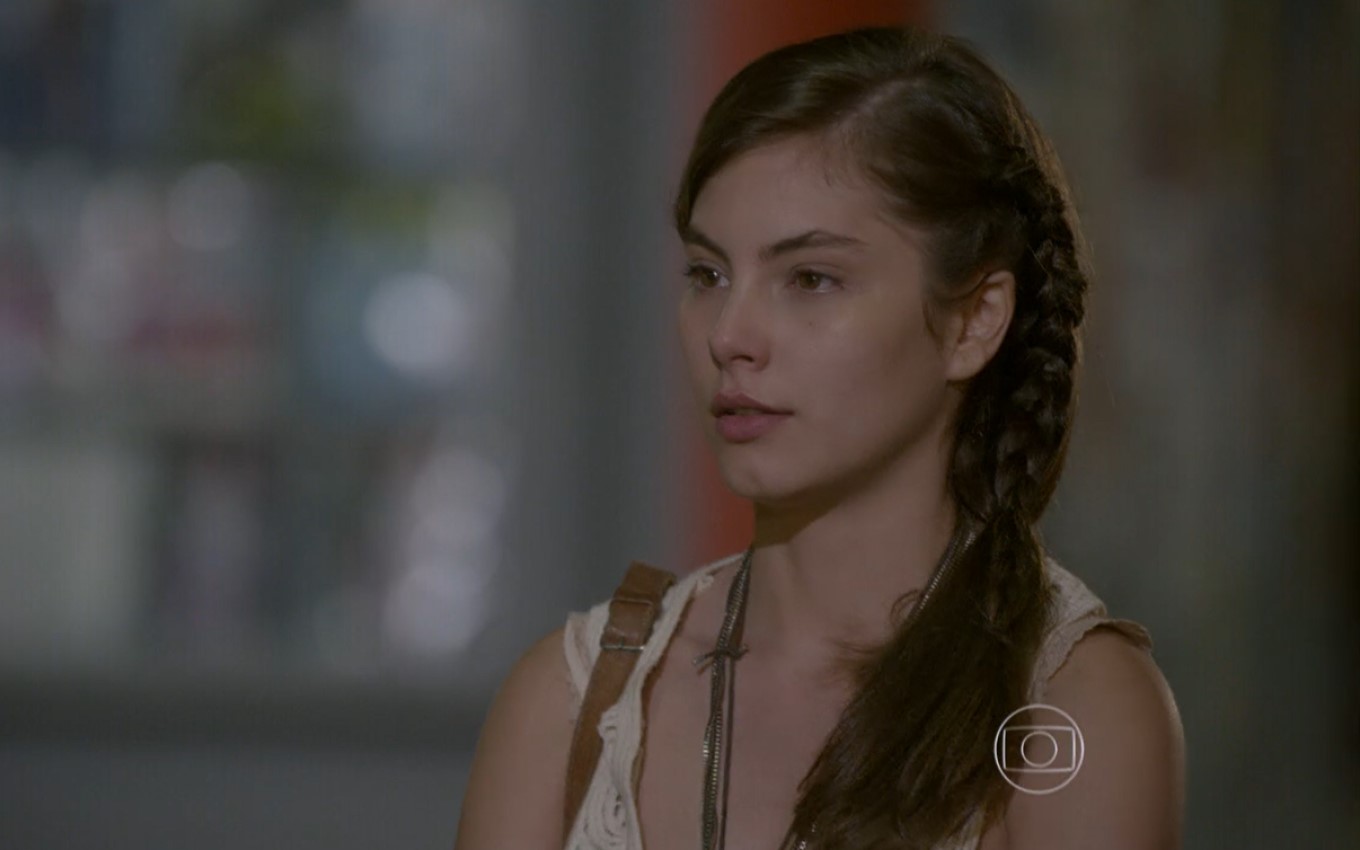 ABSTRACT: Bianca (Bruna Hamú) will meet Henrique (Michel Joelsas) on the beach and be enchanted by the boy. He will not say that he is the son of Heideguer (Odilon Wagner) and will appear in Ribalta. The two will kiss, and Duca (Arthur Aguiar) will catch the moment between the new couple. When the girl realizes that she was observed by the ex, it will be too late and he will be shaken

Second, 5/31 (Chapter 91)
Orelha outlines a plan to publicize the band Galera da Ribalta. Nando regrets his life with Morgana. Heideguer demands that Nat find out when Duca will find Alan. The group insists that Karina participate in Pedro’s band video.

Nat talks to Duca and Gael, and Bianca revolts against her father. Cobra tries to apologize to Jade, who snubs him. Nat asks for news about Alan, and Duca tells his grandmother that he can trust the fighter. Dalva tells Gael that Nat is lying. Karina thinks about participating in Pedro’s video. Jade approves of Cobra’s gift, which surprises the girl on the beach with friends.

Tuesday 1/6 (Chapter 92)
Snake declares himself to Jade. Cobra and Jade steal Bianca’s belongings and leave her alone on the beach. Pedro is moved by the recording of Karina for his clip. Lucrécia finds out she has breast cancer, and Edgard supports her.

Orelha and Morgana leave for Japan. Bianca realizes that she was robbed and despairs, but Henrique comes to the rescue. Jade is suspicious of Lucrezia’s behavior. Bianca and Henrique are interested in each other.

BB claims that Wallace still likes Sol, but the boy denies it and kisses her. Sol assures Beth that she will fight for Wallace. Pedro catches Marcelo at the door of Aquazen, but his father manages to mislead the boy. Bianca and Karina talk about Henrique. Henrique appears in the Ribalta to see Bianca.

Wednesday, 2/6 (Chapter 93)
Edgard allows Henrique to participate in his class. Delma approves of Marcelo’s new look, not knowing that it was Roberta who helped him. Jade and João tease Henry. Sol says he will take revenge on BB.

Nat follows Heideguer’s directions and asks Duca to speed up the meeting with Alan. Duca kisses Nat, who declares himself to the boy. Gael and Bete know Henrique. Alan and Duca arrange a meeting to deliver the dossier against Khan, and ask Nat to stay out.

Thursday 3/6 (Chapter 94)
Heideguer prevents Lobão from going to the meeting place between Duca and Alan. Lobão distrusts Nat and seizes his girlfriend’s cell phone. Sol pretends to BB that he’s given up on Wallace and gives false hints about their relationship.

Henrique tells Bianca that he will return to São Paulo, and prepares a romantic surprise for the girl. Lobão discovers that Nat is Alan’s ex-girlfriend. Edgard encourages Lucrezia to tell Jade the truth about her illness.

Heideguer asks Cobra to watch Duca. Snake dismisses Jade. Gael, Dalva and Duca are apprehensive about the proximity of the meeting with Alan. Lucrécia catches Jade pulling her hair out.

Friday, 4/6 (Chapter 95)
Lucrécia gets emotional and asks Jade to take better care of herself. BB does not reveal that it was Sol who encouraged her to cause an allergic crisis in Wallace. René tells Dandara that he will leave his home. Duca prepares to find Alan, and Cobra alerts Heideguer. Duca sees Henrique and Bianca kissing.

João is touched by his father’s departure. Nando welcomes René. Dalva has a bad feeling. Duca arrives at the meeting place, unaware that he is being followed by Heideguer’s henchmen. Lobão arrives at Pedra do Índio and sabotages Alan’s motorcycle.

Duca and Alan meet, observed by Sidney. Duca and Alan manage to escape from Heideguer’s henchmen. Lobão advances with his car against the brothers.