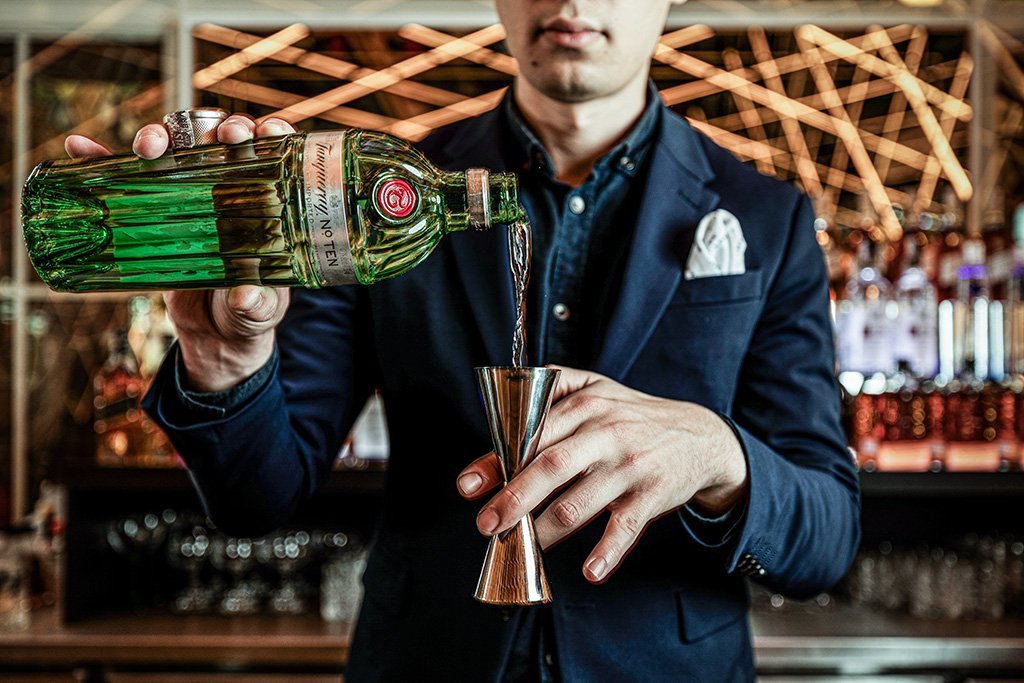 Challenge: Competitors had to create a drink with Tanqueray N ° TEN gin, one of the most renowned in the Diageo portfolio (Rubens Kato / Disclosure)

Technique, sharp taste, agility, creativity, discipline … The list of ingredients that a great bartender cannot give up is extensive. And it is evident throughout the largest cocktail competition in the world, the World Class, organized by Diageo, the world leader in premium alcoholic beverages. The announcement of the winner is scheduled for next Monday, 26. Ten sharp professionals will compete for the title of Best Bartender in Brazil.

Three of them are linked to São Paulo enterprises – Ana Paula Ulrich to Palácio Tangará; Jairo Gama to Vista and the Obelisk; and Ricardo Antonio Fuenzalida Peña to the Cocktail Channel. Ricardo Barrero is an ambassador for London Essence. Another three mixologists represent establishments located in other cities in the state – Cristiano Rodrigues Faria works at Origin 75, in Vinhedo; Marco ‘Padim’ Ruiz at the Amiiici Lounge, in Sorocaba; and Ricardo Alexandre Leal de Souza at Grey Company, in Santos. They close the list Benício Calaça, who runs the Zimbro Bar, in Goiânia; Bianca Lima, from Wills Bar, in Porto Alegre; and Gustavo Lima Guedes, from SouthSide, in Brasília.

To compete in the grand final and become the great champion, you have to win two challenges. The first one: elaborating a menu with at least seven surprising cocktails, but presenting only one to the judges, who tasted all the drinks on Wednesday, 21, in São Paulo, with all the creations of the ten competitors reproduced by great names Brazilian cocktail, such as Gabriel Santana (champion of the World Class Brasil 2019) and Laércio Zulu (champion of the World Class Brasil 2014), in a stage adapted to the current moment in the country. The second mission: to create a drink with Tanqueray N ° TEN gin, one of the most renowned in the Diageo portfolio. But with one condition: to exalt the botanists of the drink.

Discover the creations signed by each of the challengers for the title of Best Bartender in Brazil. Who is your crowd going to? 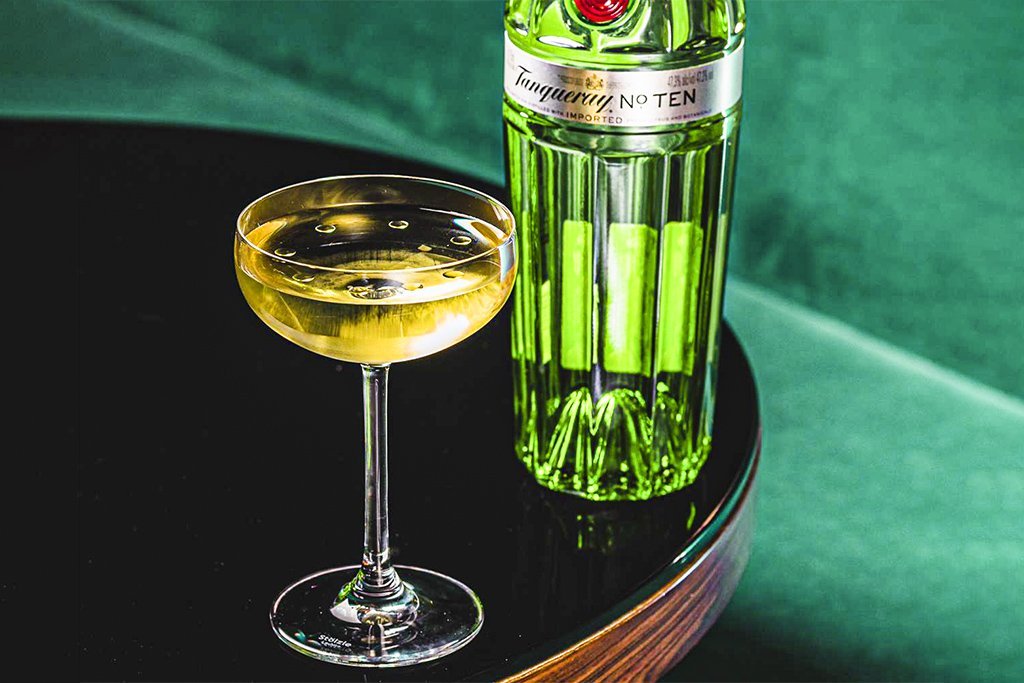 For the challenge involving Tanqueray N ° TEN, she created the drink Solasta. It takes 50 ml of gin, 20 ml of “solar blend”, a mixture of vermouth, sherry and chamomile, 10 ml of bitter white, 5 ml of apricot liqueur and eight drops of olive oil. To decorate, orange zest. The drink is cooled in the mixing glass and served without ice in a coupette glass. Jardim de Luca, one of the cocktails created for the other challenge, mixes Ketel One vodka, pineapple saccharum oil and aloe and vera soda.

Seed Martini. This is the name of the cocktail that the bartender created with Tanqueray N ° TEN. To prepare it you need to use 60 ml of gin and 30 ml of Jerez in which Calaça has macerated coriander seeds. The drink he selected in the other challenge is Wabi-Sabi. Combines 50 ml of Don Julio Blanco tequila increased with coconut oil, 15 ml of French dry vermouth and 25 ml of mango shrub. It is served with beautiful crystalline ice. 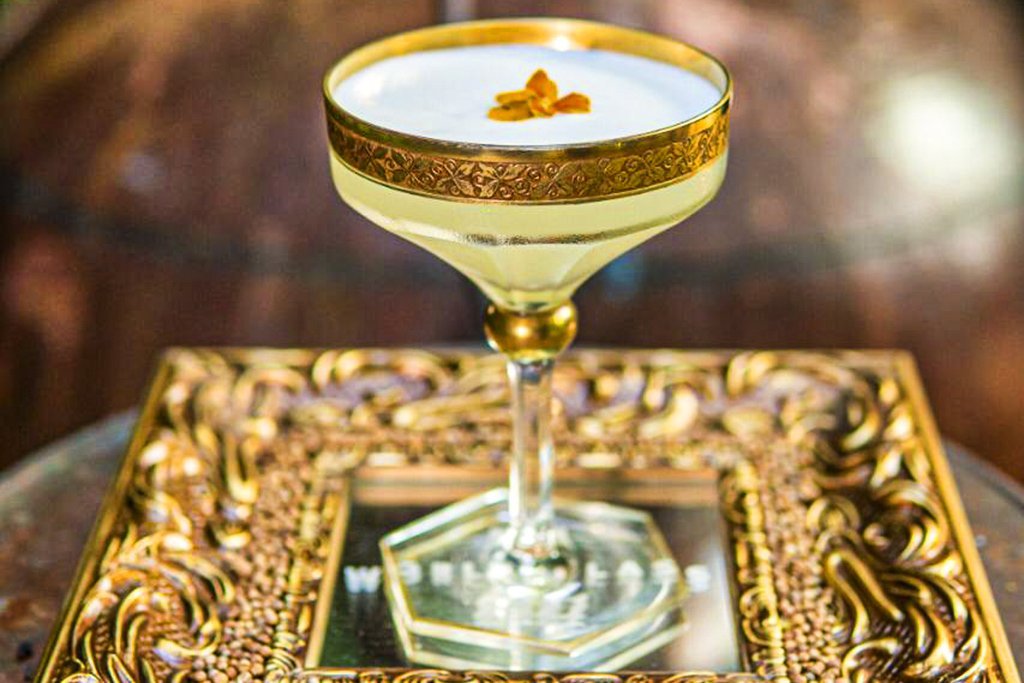 Beaten and double-strained, the Legendary Journey is served in a previously cooled coupe bowl and decorated with an edible yellow flower. The ingredients are: 60 ml of Tanqueray N ° TEN, 15 ml of honey diluted in water, 22.5 ml of grapefruit juice and 30 ml of a blend made of coriander leaves, apple blossom and yerba mate. Another of the creations that the bartender made with World Class Brasil in mind won the name of Andarilho da Floresta. Add 45 ml of Johnnie Walker Black Label, 22.5 ml of a blend made from tea and 15 ml of muscat wine. 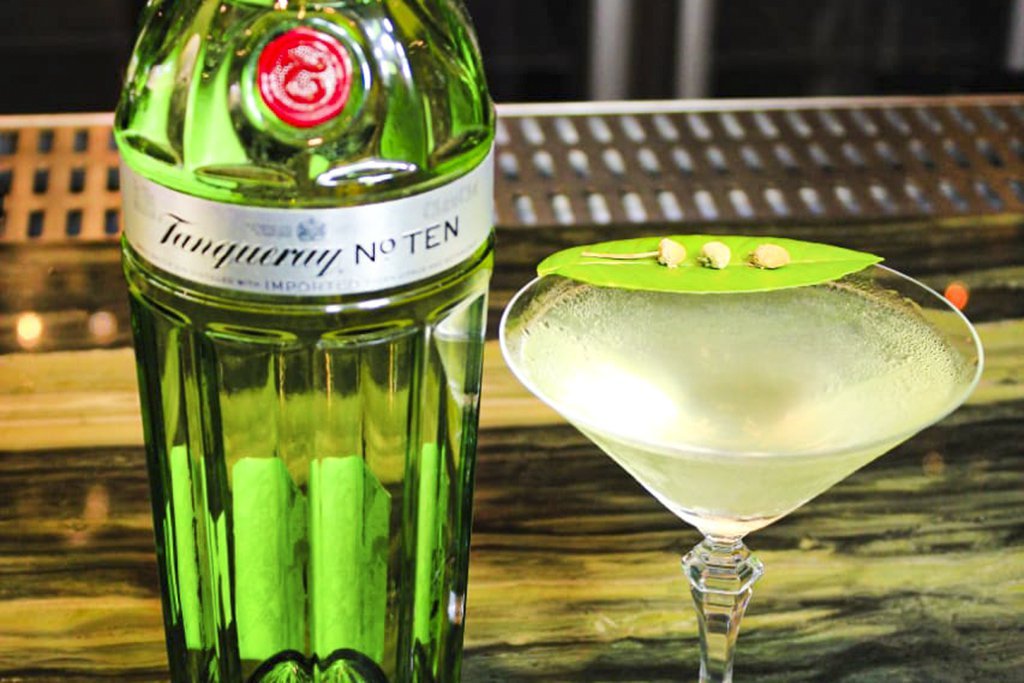 There are 50 ml of Johnnie Walker Black Label, 15 ml of ginger cordial and 100 ml of tonic water. With the three ingredients, the bartender at the restaurant Origin 75 created The Old Highland. The drink that came up for the challenge involving Tanqueray N ° TEN takes 60 ml of the drink, 20 ml of white wine made with the grape gewürztraminer and 15 thousand of saccharum oil of lemon Tahiti with chamomile. It won the name of Jornada. 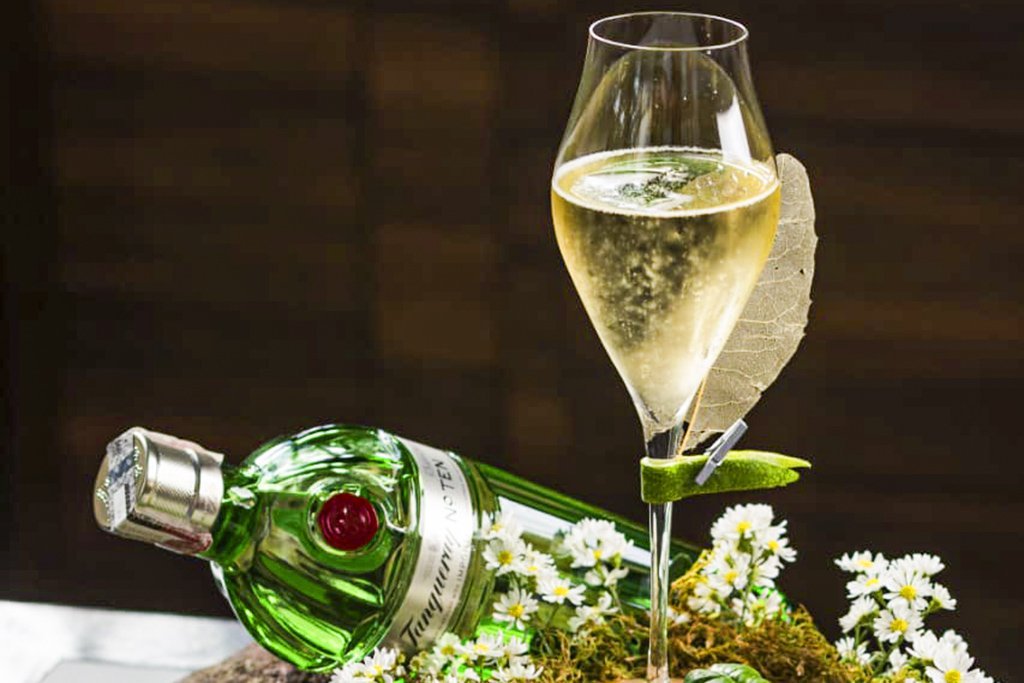 One of the drinks he invented for the menu challenge is a variation of the classic Vieux Carré. His, however, calls Satchmo Vieux Carré. Combines 55 ml of Zacapa 23 rum, 25 ml of herbal liqueurs, 2.5 ml of syrup and two different bitters dashes. The cocktail prepared with Tanqueray N ° TEN was named Do Quintal. There are 50 ml of gin, 40 ml of sherry with an infusion of lemon leaves, 20 ml of bitter bitter, 2.5 ml of saccharum oil of lemon Tahiti and two dashes of salted celery bitter.

The sophisticated creation of the Amiiici Lounge mandachu with Diageo premium gin is called Jack London Fizz. You will need 45 ml of Tanqueray N ° TEN, 15 ml of dry vermouth, 30 ml of coriander syrup, 15 ml of grapefruit juice and 30 ml of tomato soda – yes, you read that right. One of the drinks created for the other challenge, Batchan, mixes 30 ml of tequila Don Julio Blanco, and the same amount of sake and beetroot and shitake cordial, in addition to 15 ml of Tahiti lemon juice. 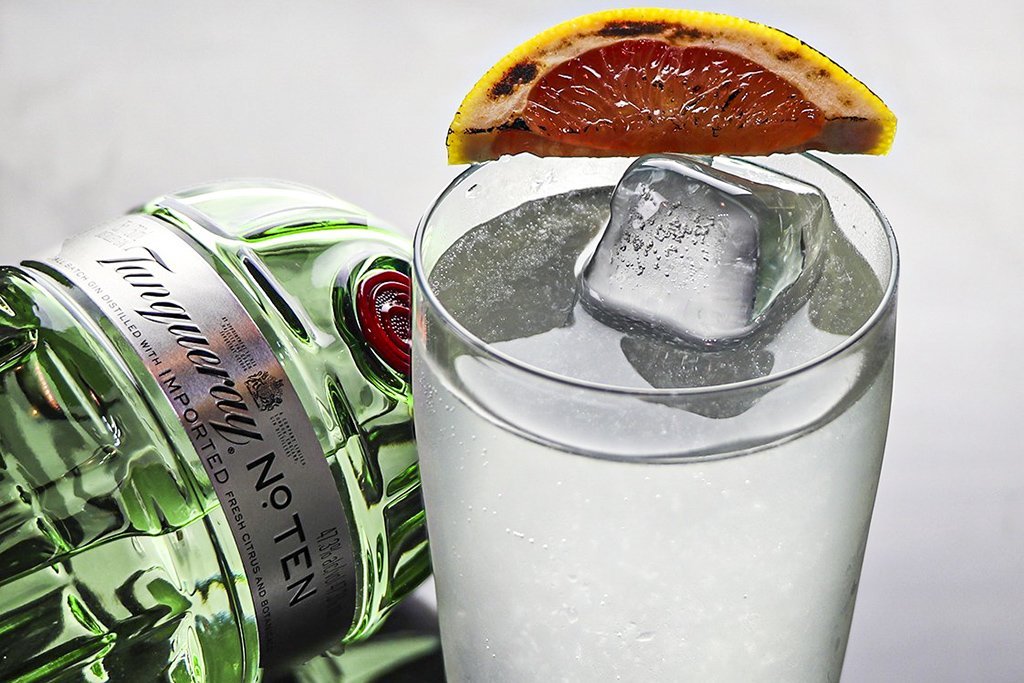 How do you prepare a Corazon Latino, the drink that helped put Peña in the World Class Brasil final? With 50 ml of Tanqueray N ° TEN, 15 ml of chamomile syrup, 30 ml of grapefruit juice, 40 ml of sparkling water and two dashes of orange bitter. Another of the drinks created by the bartender is Tiki Tikal. Take 50 ml of Zacapa 23 rum, 30 ml of grilled pineapple puree, 15 ml of Brazil nut syrup, 10 ml of orange liqueur and two dashes of a very aromatic bitter. 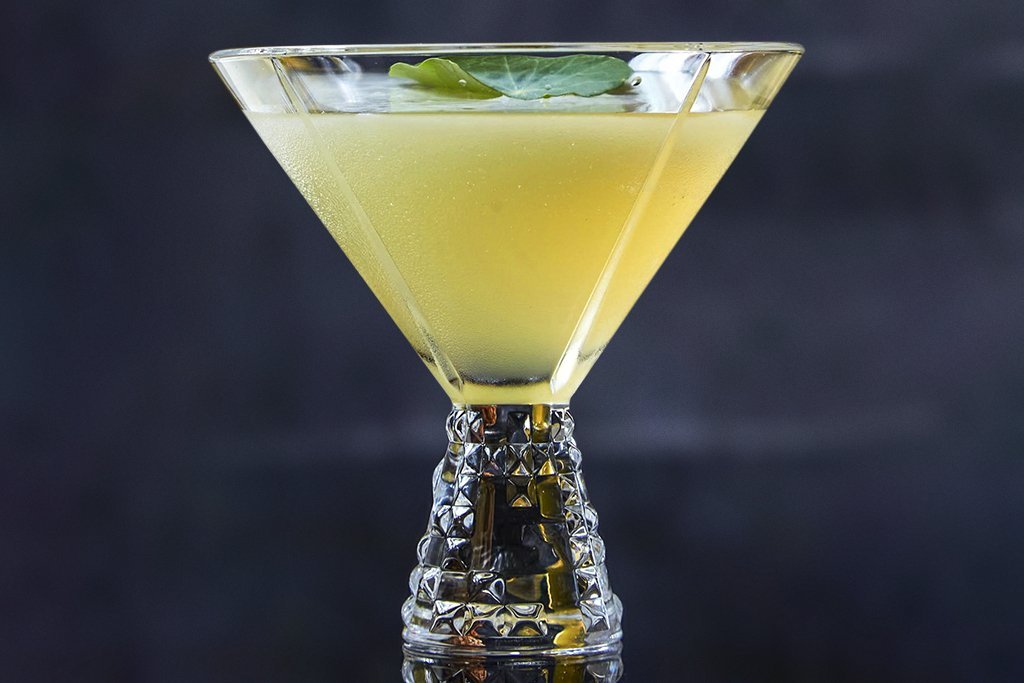 Served in the so-called bossa nova bowl, Sterna is prepared by Gama with 60 ml of Tanqueray N ° TEN, 40 ml of lemon juice with clarified honey and 20 ml of dry vermouth. Tom Jobim and company would certainly approve. Another of the drinks that helped the bartender to reach the final is the Pajé, union of rum Zacapa 23 (60 ml), cordial passion fruit with lemon (40 ml) and caxiri, an indigenous drink (20 ml). 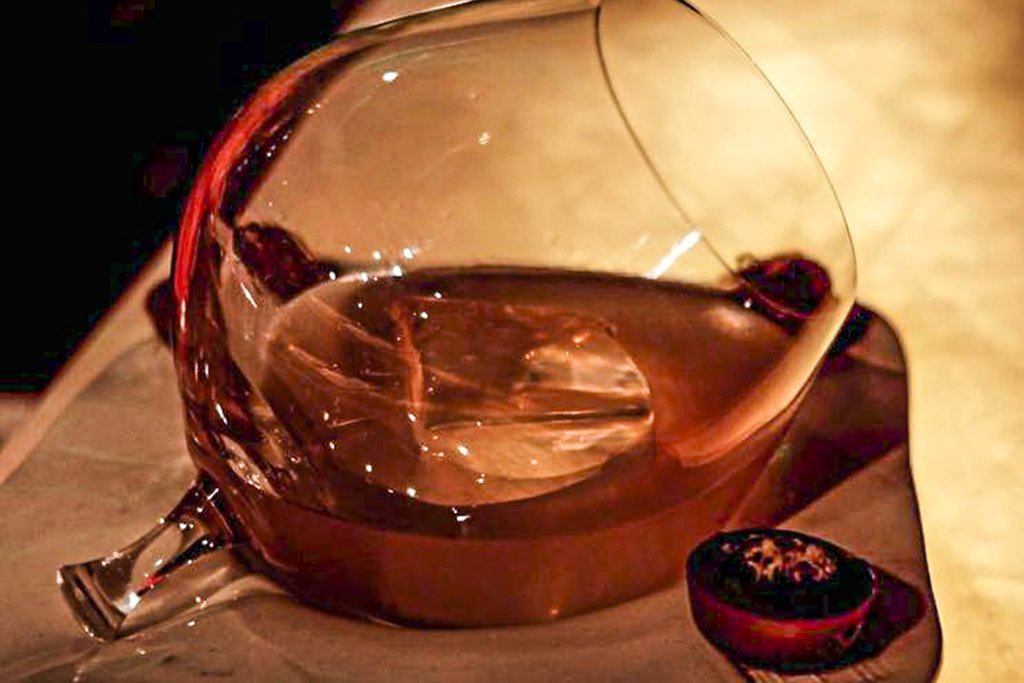 Synesthesia. A cocktail with such a name promises. It was created by bartender Ricardo Alexandre Leal de Souza with 60 ml of Johnnie Walker Black Label whiskey, 70 ml of butterfly flower infusion, beet powder and limoncello, and 20 ml of herbal liqueur. With Tanqueray N ° TEN he created the Sensorial. It is made with 50 ml of the drink, 10 ml of sherry and 50 ml of lightly clarified lemon juice. 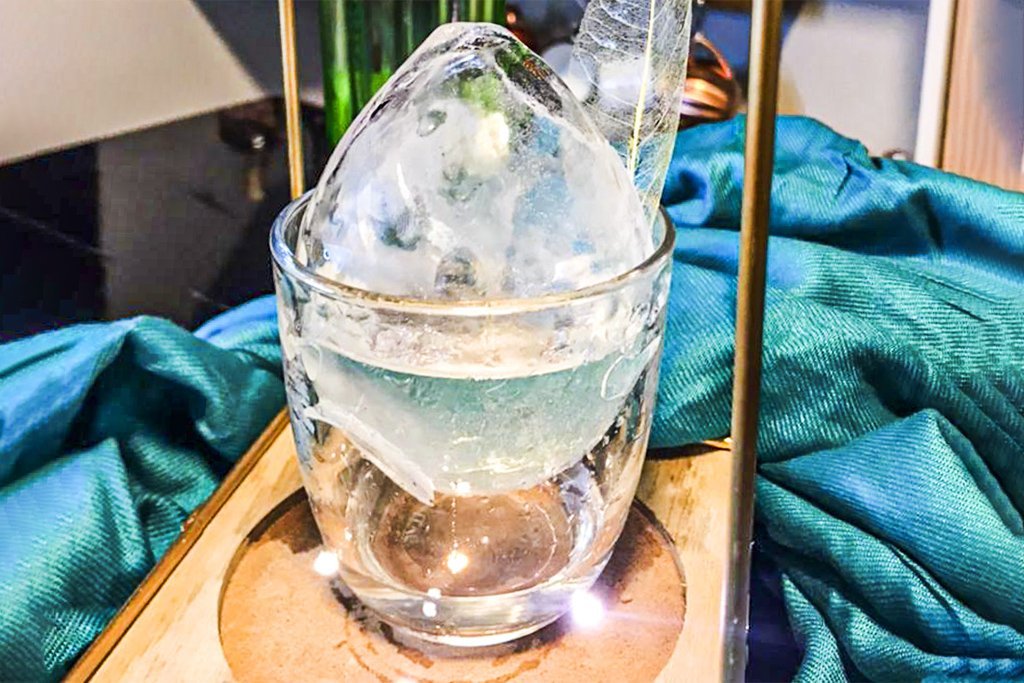 Check out the winner’s announcement live, on Monday, the 26th, at 5:30 pm, on the EXAME website.

Enjoy with moderation. Do not share with anyone under 18.