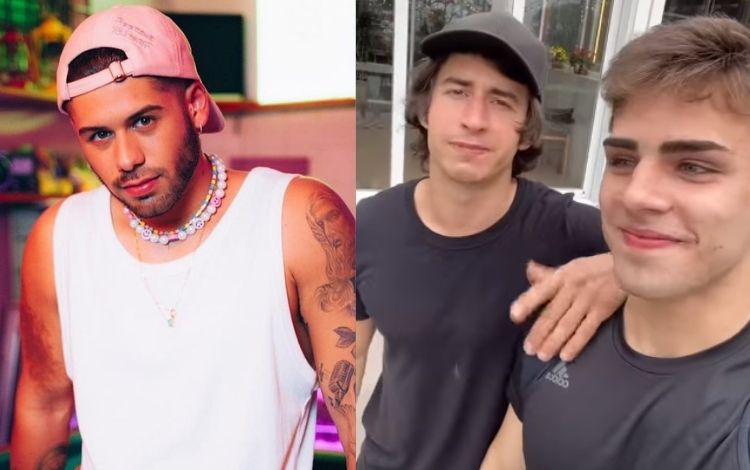 The singer Joe Felipe ended up in the most talked about topics on Twitter this Friday, 8, after commenting on a video of the influencers Gabriel Prestes Souza e Gabriel Breier that went viral in the TikTok. “I train from Monday to Monday, I take care of myself, I go on a diet to catch ‘girls’ with a wide waist circumference?”, said Souza in the controversial video that has been the target of several criticisms on social networks. “Dude, do you really think we train, take care of ourselves, fix our hair, straighten our teeth just to catch ugly, broken, depressed ‘girls’?”, added Breier. the influencer Virginia Fonseca showed the video to Zé Felipe and recorded her husband’s reaction.

“He takes care of himself, diets, fixes his teeth and is so ugly. For God’s sake, my partner. One has to take a bath with his arms open so he doesn’t go down the drain and the other is a mixture of Marquito, from ‘Programa do Ratinho’, with the devil. They want to say they don’t take girls. Who wants to catch you? It is better to listen to these things than to be deaf”. Leonardo’s son’s response to influencers is booming on social media. “Zé Felipe screwing the top straights of TikTok is all I needed for today”, commented a follower. “Zé Felipe is cultural heritage. Amen Virginia for recording the legend,” wrote another. “I’m feeling sick with the video of Zé Felipe answering some stupid kids from TikTok”, added another one.

Zé Felipe kicking the straight tops of tiktok is all I needed for today pic.twitter.com/KRONZ29Jyc