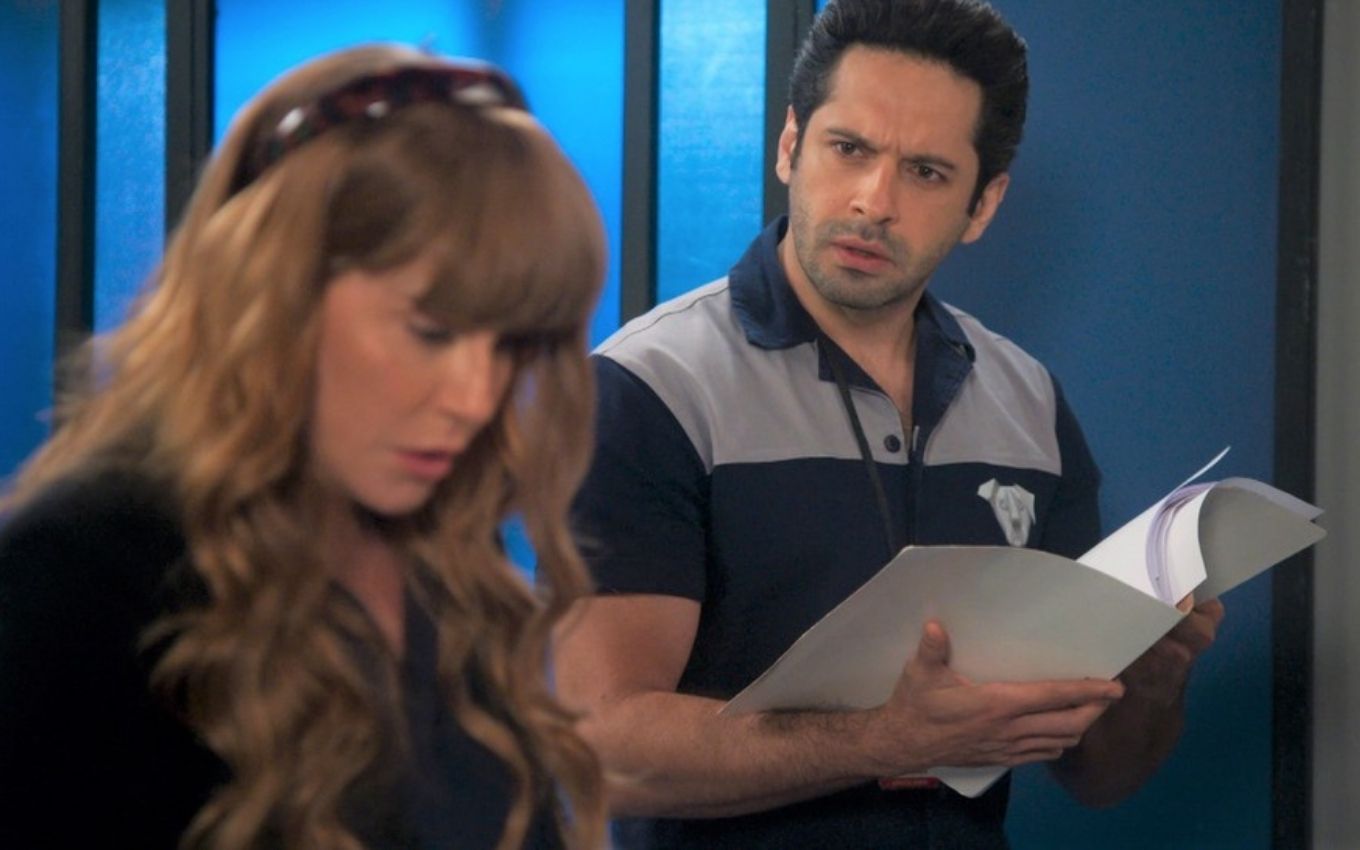 Zezinho (João Baldasserini) stole the show in the evening’s chapter this Monday (12) of Salve-se Quem Puder. The brucutu handed documents to the consul Adriana (Ana Carbatti), which incriminate Dominique (Guilhermina Guinle). On social networks, fans of the serial celebrated the act as heroic, and there were even internet users speculating that Alexia’s boyfriend (Deborah Secco) has already done more than the Federal Police (PF) in Daniel Ortiz’s serial.

Right after the showing of the scene, which Alexia’s protector, Kyra (Vitória Strada) and Luna (Juliana Paiva) photograph and deliver the evidence that incriminates the villain, the character’s name was among the most talked about topics on Twitter.

“Amazing Zezinho. It did more than the PF”, wrote internet user Lulu. “Zezinho saved Renzo, took photos of the documents and also saved the evidence. He does everything. Haters can foam, Brucutu is legendary,” agreed Grazielle.

Check out some reactions:

Zezinho saved Renzo, took photos of the documents and also saved the evidence. he does everything. Haters can foam, Brucutu is legendary#SalveSeQuemPuderpic.twitter.com/htUY0DUbBe

Renzo wanted to deliver the hand-kissed proofs to Dominique, But my handsome Zezinho, who THINKS before acting, took pictures😎😎😎#SalveSeQuemPuderpic.twitter.com/B3ZiphlP3z

DO YOU GET TO HATE PLEASANT ZIT? THE BIGGEST WE HAVE! Gorgeous, competent and didn’t even care that Renzo is his rival, saving him! Oh Alexia, your big boy is perfect #SalveSeQuemPuderpic.twitter.com/ADpr2IEqNQ

Zezinho once again doing more for the soap opera than the federal police! legend, icon, love you #SalveSeQuemPuderpic.twitter.com/kg8g1DcOXz

Subscribe to the channel TV news on YouTube and watch videos with revelations of what will happen in Salve-se Quem Puder and other soap operas.