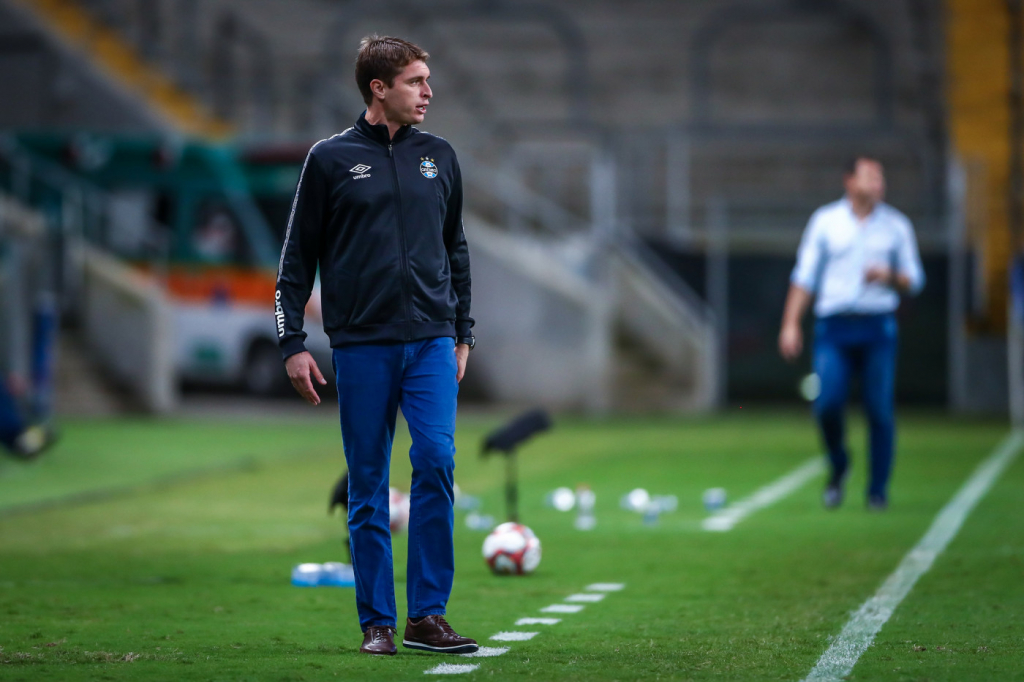 Just over 24 hours after announcing the resignation of coach Tiago Nunes, the Guild informed this Monday night, 5, that the assistant Thiago Gomes will take over as interim head coach. Thiago has been with the club for four years and since 2018 he has been part of the Clube Transitional Group. The team informed through a note that the decision was forwarded at a meeting of the Board of Directors, which took place in the early evening of this Monday. He has already been ahead of the professional team in three matches this year – Caxias and Novo Hamburgo, for the Gaucho Championship, in addition to two games against La Equidad, for the South American Cup. Born in Porto Alegre, Thiago, 37, participated in the training of 20 players who are now in the main squad. “The Club wishes the professional success in the next challenges in the Grêmio bunker”, says the note. Grêmio is the lantern of the brazilian with two points won in seven matches. Thiago’s first challenge will be this Wednesday, the 7th, against the palm trees.