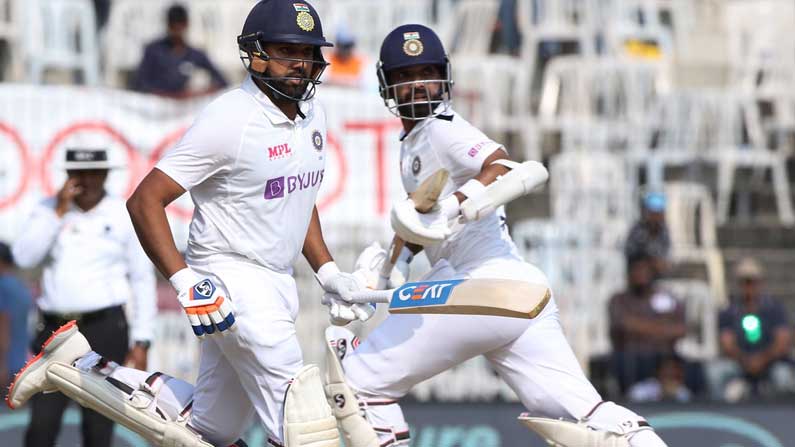 Hitman Rohit Sharma has praised Ajinkya Rahane as one of our top players who will stand by the team whenever needed. It is known that Rohit scored a century in the second Test against England. He revealed many things to the media on this occasion. He said his partnership with Ajinkya Rahane in the first day’s match was very helpful to the team. He praised Ajinkya Rahane for leading Team India to run every time they face tests. He was hailed as a classy batsman.

He was one of our top players and for a long time he reminded me that he played many valuable innings for the team. 3 wickets for lunch break. At such a time it is extremely crucial that we build partnership. We’ve seen Memonno times he runs when the team needs him. Can’t understand why people talk about his form. However, Rohit Sharma said that the reason we are in a strong position today is because of the partnership with him. We both have an understanding of our batting styles. “I do not care about the uncontrollable past and future,” Rohit said.

Rohit Sharma on the verge of a century .. his wife Rhita suffocating .. in the second Test against England ..