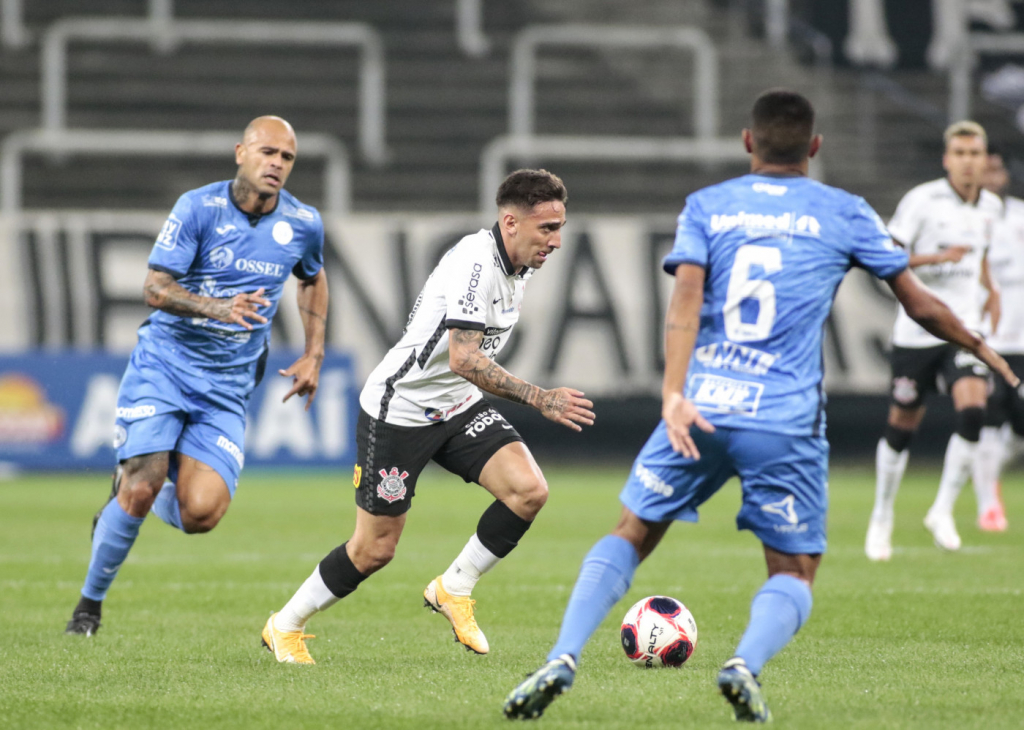 São Bento took the lead with a great goal from Gabriel and Corinthians scored from a penalty; match ended 1 to 1

On the night of this Friday, 16, the Corinthians received the São Bento, at Neo Química Arena, for the 7th round of Paulista championship and got scared when he started behind, but sought a 1-1 draw. The result leaves Timão still in first place in the Group A, nine points ahead of Santo André, who have three games less. São Bento remains last in the B Group. The visitors took the lead just after eight minutes in a beautiful shot by Gabriel. The full-back took the ball in the middle of the field, dribbled four and hit Cássio’s corner, opening the scoring. After the goal, Corinthians was unable to impose their game and had a bad first half.

On the way back from the break, the game got warmer and it took a long time to get good moves. Only on 30 minutes, in a corner kick, did the judge score a penalty in favor of Corinthians. Fábio Santos went into the collection and converted, drawing the game. From then on, the home team went more to the attack, but failed to guarantee victory. Corinthians’ next game will be on Sunday, 18, against Ituanoat 22h (Brasilia time). São Bento receives the Sao Caetano on Monday, the 19th, at 10:15 pm, for the 6th round of the tournament.

Author of the only goal of the game so far, full-back Gabriel did not contain his emotion when he remembered his father, Mr. Altair, who died a year ago.#CORxSBE #FootballPaulista # Paulistão # WearMascara # TorçaEmCasa
🎥Premiere pic.twitter.com/SnjIbOae3f