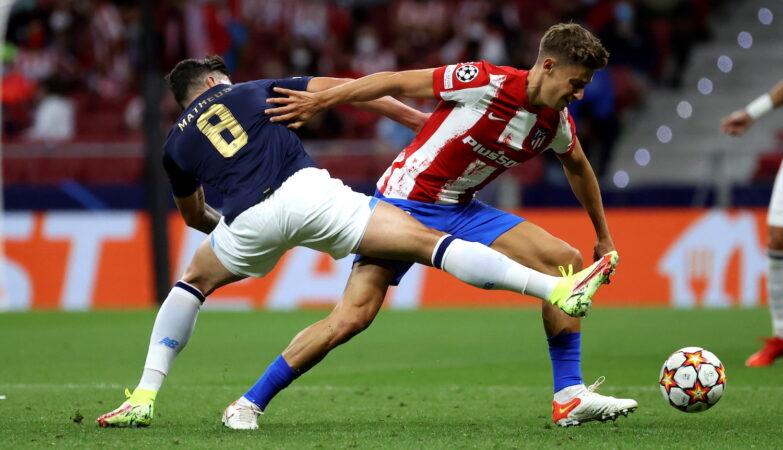 MINUTE 79. Renan Lodi and Kondogbia fell out, Taremi took advantage of it, took Oblak out of the way and scored. However, the northern party lasted a few seconds. After assistance from the VAR, judge Ovidiu Haţegan annulled the “goal”.

In added time, Mbemba caught Griezmann and was sent off. Two controversial and doubtful decisions that indelibly marked the meeting tonight.

Controversies aside, FC Porto once again demonstrated that it has a European pedigree, he played in a personalized and organized way, in the few times he reached the opposing goal he created danger – three flagrant occasions wasted -, he knew how to suffer in the few times he was put to the test and leaves the Spanish capital with a point in this difficult Group B.

With three changes in the “eleven” compared to the “classic” against Sporting – João Mário, Marcano and Bruno Costa were “exchanged” by Zaidu, Grujic and Toni Martínez -, Corona occupied the right side of defense and Sérgio Conceição recovered the usual 1x4x4x2 .

FC Porto entered Madrid in a personalized and compact way and had more than twice as many actions in the area as the hosts (four versus new).

The “dragons” canceled the main “colchoneras” weapons, the exception was a shot (the only one framed in this phase) by Suárez that Diogo Costa stopped, and still arrived with relative danger, on three occasions, in the opposing area: Taremi, at seven minutes, shot wide, on 15 minutes, Grujic headed over and on 27 Zaidu failed to complete a counterattack that could be lethal.

The first 48 minutes were intense, but left something to be desired in terms of the “artistic note”. Gimenez 5.9 and Corona 5.8 were the units with the best evaluation.

Right at the beginning, Otávio saw the irons deny him the party in a cross/shot that deceived almost everything and everyone.

No longer Pepe on the scene (he left injured) and with Lodi, Correa and Griezmann, Atlético moved up in production, was more incisive in the last 30 meters, but bumped into a wall called Diogo Costa (67’).

FC Porto, always safe, started to threaten again, came to celebrate, but Taremi’s goal was invalidated. Until the final whistle, Mbemba was sent off (in yet another controversial decision) and Suárez did not stamp by a few centimeters.

In the next round, the runners-up will face Liverpool.

Marchesín, take care when it is operational. Diogo Costa nis not accusing the responsibility and is solidifying the incumbent network guard wave. In a test of fire, he did not hesitate and responded present. s

always attentive, he responded to the calls the few times he intervened. In all, performed two big defenses, at five and 67 minutes, in addition, recorded four outings through the air, all of them effective, and the MVP award of the match with a great GoalPoint Rating from 6.4, fits you perfectly. 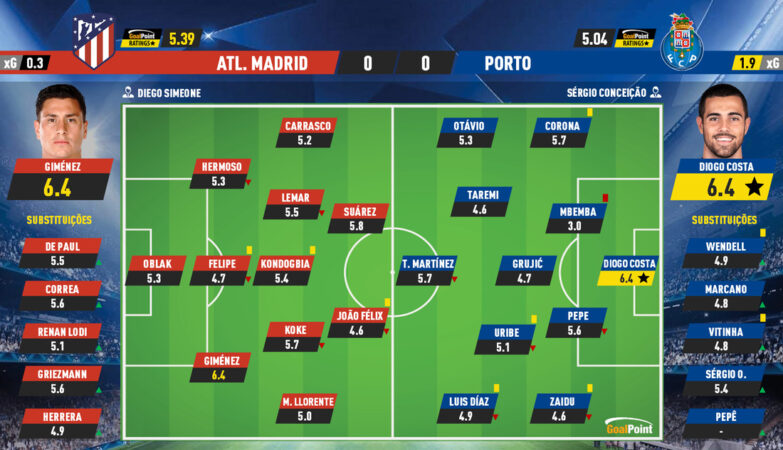