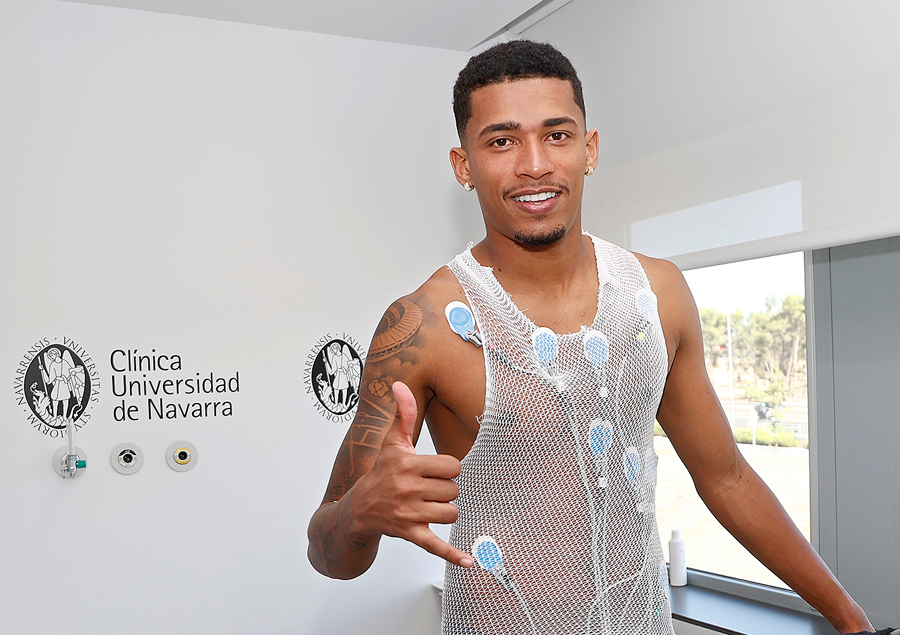 According to the club, the Brazilian player has a lot of projection and can occupy several positions in the attack line; athlete worked at Fluminense

O Atlético de Madrid officially announced, on Monday, 5, the player Marcos Paul, ex-Fluminense, as part of the team. The Brazilian signed a five-season contract with the club, until 2026. After passing a battery of medical tests at the Clínica Universidade de Navarra, the athlete was introduced to fans by a post on Twitter. “Marcos Paulo passed the medical examination before signing the contract that converts him into an athletic player,” announced the club. Due to his dual nationality – his grandfather is a Portuguese immigrant, Marcos Paulo will not occupy an extra-community position on the team. According to the club, the player has a lot of projection and can occupy several positions in the attack line. At Fluminense, Marcos Paulo made his debut in January 2019, in the Campeonato Carioca, and played as a forward. He was born in São Gonçalo, Rio de Janeiro, and is 20 years old.