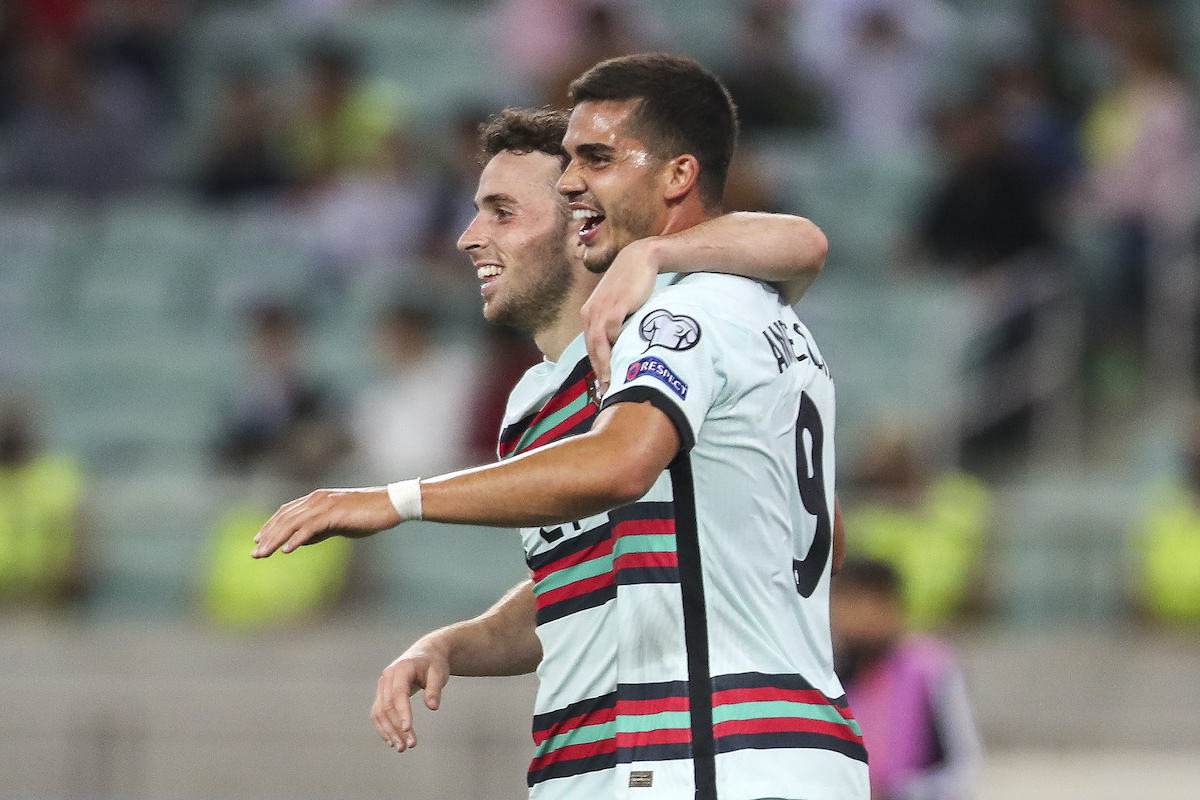 Five games, four wins, one draw, 13 goals scored, four conceded and 13 points added. So go the Portuguese accounts in Group A qualifying towards the final stage of the 2022 World Cup.

This Tuesday afternoon, Fernando Santos’s commanders showed themselves to a good plan in Baku, they were enthusiastic – as they hadn’t done for a long time – and did not give Azerbaijan any chance. O triumph (0-3) only sinned for scarce such were the occasions wasted by the national team. Bernardo, André, the society of “Silva” and Diogo Jota were the service markers.

Portugal took a long time to fuel, but when they did it was deadly and reached the end of the first half with a two-goal lead. Bernardo Silva signed a great heel (Bruno Fernandes pass) and André Silva (Bruno Fernandes opening and Diogo Jota’s final pass), five minutes later, he returned to demonstrate skills as a killer when he expanded the “score”.

The two moves were made by Bruno Fernandes, that in the 1x4x3x3 designed by Fernando Santos he appeared more daring with his back covered by Palhinha and Moutinho and was unleashing the genius that has enchanted Manchester for over a year and a half. The team of the “corners” was aggressive in their reaction to the loss of the ball and was after the goals accumulating several opportunities to extend the score. To review, the two collective inattentions that were worth the Azerbaijani party at 28 and 44 minutes. At the break, the game’s MVP was Bernardo Silva with a rating of 7.7.

Now with Rúben Neves in the yellowish João Palhinha’s vacancy, Portugal tried to close the score for the duel early, such was the ease with which he reached the last 30 meters and managed to place several elements in the finishing zones, but he postponed the much-desired goal, now for ineffectiveness, thanks to goalkeeper Magomedaliyev. 15 minutes from the 90, Diogo Jota finally got the target coordinates right and dispelled the few doubts that might exist regarding the winner of the match. Even without the suspended CR7, the collective game prevailed and Fernando Santos’s men ended with a series of five consecutive matches conceding goals.

The Best in the Field

Bruno Fernandes he needed to show off at this level with the colors of the National Team. Always focused and dynamic, he appeared across the entire width of the field of play, armed the main moves of the national attack, it is true that he did not score, but not even that was necessary to initial a solid “performance” that earned him the title of MVP with a GoalPoint Rating from 8.6. All in all, the midfielder made three shots, two of which were framed, one assist, two blatant occasions created, five passes for submission, 11 valuable passes (maximum at departure), 12 approximate passes, 12 approximate passes received, 110 actions with the ball, ten recoveries of possession and four defensive actions in the opposite midfield. 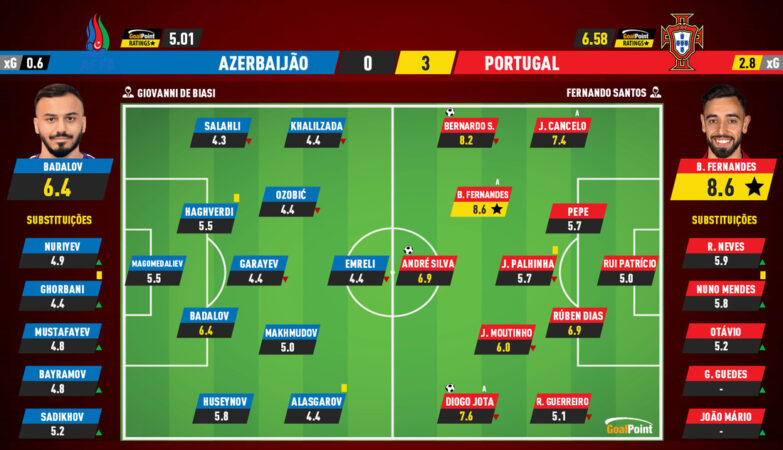