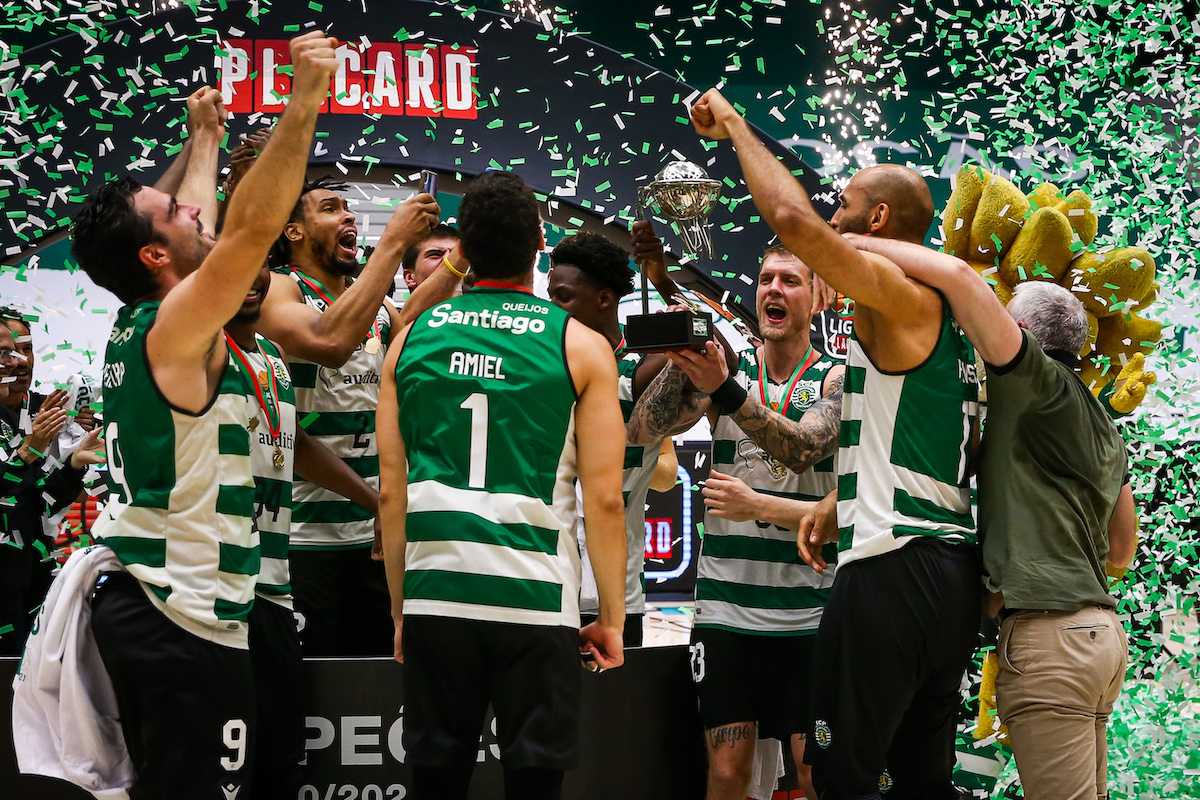 Sporting champion in a game marked by controversial refereeing decisions and furious reactions from the FC Porto player and coach. In 2012, against Benfica, the scenario was worse – and the police were involved in a ridiculous episode.

O Sporting was once again national basketball champion. Almost four decades after the last title, and after a long time away from the sport, the Alvalade club returned to the top after overcoming FC Porto, by 86-85, in the last game of the League final.

This match played at Pavilhão João Rocha, this Wednesday, was balanced until the last second. The white and blues reached the last minutes with an advantage that seemed to be decisive (six, seven points) but they lost that margin in the last minute.

Sporting approached, tied at 85 points and that’s when the confusion arrived. With less than five seconds left, Garrett Nevels tried a launch that would probably give the title to FC Porto; couldn’t launch it as it wanted and complained of having suffered a fault, not reported; the play continued and, on the rebound, half a second from the last horn, a foul on Micah Downs – Sporting’s player went to the free-throw line, scored the first and Sporting was champion.

Moncho López was furious when the foul on Micah Downs was called. Gave one punch on the table where was the trophy and kicked two objects that were close to FC Porto’s bench.

After the game, the FC Porto coach did not speak to RTP but, while abroad, he criticized the “biased” refereeing team, stating that “a human being, for a human being, can make mistakes, but for being human, it can also have a purposeful tendency“.

The coach believes that the referees intentionally benefited Sporting, not only in this last game and not only in those last seconds, but also in many decisions throughout the five games of the final.

Victor Hugo, director of Dragão’s basketball, it was also clear: “What happened today was one of the biggest robbers the one I’ve already seen”. Vítor Hugo, without saying the name of the club, left the idea that even Benfica players sent messages, commenting that they were amazed by what they saw at João Rocha:

“I have already received messages from players from opposing teams, including rivals, who expressed their amazement at what happened.” The director also admitted that the FC Porto may no longer have a basketball team, because of this final with Sporting.

In addition to Moncho López’s reaction, the “hot” gesture by Garrett Nevels (involved in such a controversial move, in the last seconds) marked the post-game. As soon as the match ended, the FC Porto player broke the trophy delivered to the champion. Even damaged, the cup was delivered to Sporting a few minutes later.

Most turbulent final with Benfica in 2012

The violent scenes of the 2021 final even turned out to be “soft”, compared to what happened in May 2012. This time the targets were objects, but nine years ago, in a end with Benfica, the targets were really people.

Benfica went to Dragão Caixa to win by 56-53, also in the fifth and final game of the final. After the game, the spirits were already somewhat heated but they got more when Carlos Lisboa, Benfica coach, displayed a provocative gesture in the direction of FC Porto supporters.

You fans threw objects in the direction of players and other elements of Benfica. A Benfica wardrobe also threw something to one of the stands in response. THE Benfica’s entourage had to stay closed in the spa and it was there that he received the champion’s cup, as there was no guaranteed safety in the playing area.

The scene that involved Pinto da Costa and elements of the police, when the FC Porto president literally yelled at the agents.

The following day, the Public Security Police got involved in a ridiculous episode, when they announced that they were investigating the incidents “between fans of FC Porto and SL Benfica Basketball teams” – but no Benfica supporter would be at Dragão Caixa, as Clube da Luz was not entitled to any ticket for this meeting.

This 2012 final had already been turbulent even before game time: the Portuguese Basketball Federation was not represented in the pavilion. The entity decided not to send any representative to Dragão Caixa because the FC Porto did not allow Sport TV to broadcast the game – something that was stipulated in the protocol signed between club and federation. The duel with Benfica was broadcast on Porto Canal.