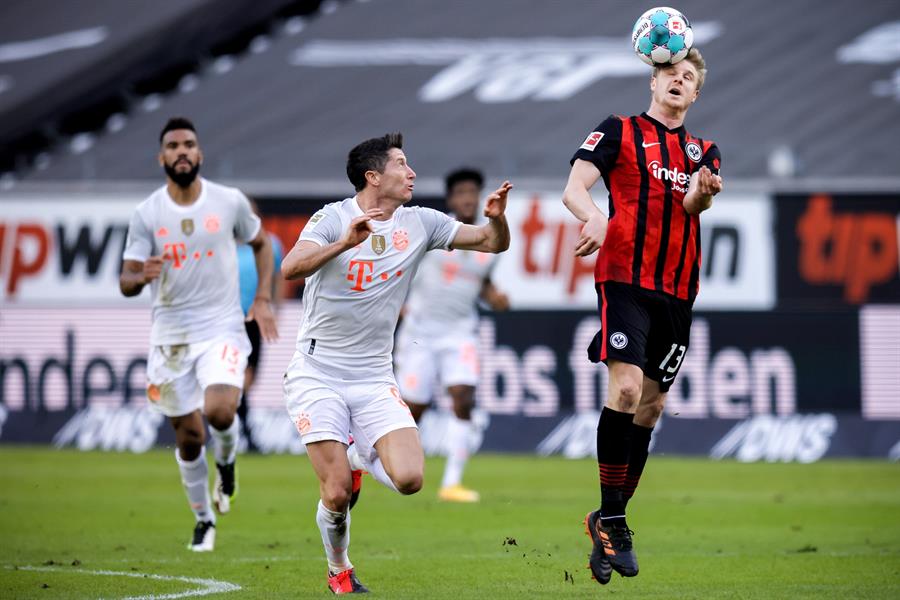 With the defeat, the German team was stationed at the 49 point mark; Borussia Dortmund thrashed Schalke 04 4-0

THE Bayern Munchen lost on Saturday, 20, to Eintracht Frankfurt 2-1, away from home, for the German Championship, in the team’s first defeat after winning the world title in Qatar just over a week ago. In a game valid for the 22nd round of the national competition, the Japanese midfielder Daichi Kamada opened the scoring at 12 of the first half for the visitors. Nine minutes later, it was the turn of the Lebanese-born German striker Amin Younes to enlarge.

In the complementary stage, at 8, Polish striker Robert Lewandowski discounted for Bayern, who on the last 11, beat Tigres, of Mexico, in the World Club Championship decision. This was the second game of the Munich team after the victory obtained in Qatar. Last Monday, there was a 3-3 draw with Arminia Bielefeld, away from home, also with Alemão.

The only Brazilian to participate in yesterday’s game at the Deutsche Bank Park stadium was defender Tuta, ex-São Paulo, who was 90 minutes on the field by the home team. With the defeat, Bayern Munich was parked at the 49 point mark. Tomorrow, the lead in the championship may drop to just two if RB Leipzig, who is 44, defeats Hertha Berlin away from home. Eintracht Frankfurt, in turn, remains in fourth place, closing the classification zone for the Champions League, but now with 42 points.

In the Ruhr Valley Classic, Borussia Dortmund had Norwegian striker Erling Haaland inspired to score Schalke 04 4-0 at the Signal Iduna Park stadium and thus approach the qualifying zone for the Champions League. After the English striker Jadon Sancho opened the scoring in the 42nd minute, at 45, the young and trendy shirt 9 scored the second of the aurinegra team, in a stylish finish, volley, completing the pass of the author of the first goal. In the complementary stage, at 15, Portuguese midfielder Raphael Guerreiro took the third from Dortmund. At 34, Haaland appeared again to swing the net and decree the final numbers of the rout. With the victory, Dortmund reached 36 points and is six of the classification zone for the ‘Champions’. Schalke, meanwhile, remains in the spotlight with just nine points.

Union Berlin won a significant victory this Saturday, beating Freiburg 1-0 away from home, thanks to a goal by German midfielder Grischa Prömel. With the result, the team jumped to seventh position, with 33 points, two more than the opponent who beat yesterday. Another competitor that the team from the capital overtook was Borussia Mönchengladbach, who was stopped at 33 points, but with a lower goal difference, when losing to Mainz 05, by 2 to 1, at home. Striker Karim Onisiwo and midfielder Kevin Stöger, both Austrians, scored for the hosts. Stuttgart took an important step towards eliminating any chance of relegation by beating Cologne 1-0 away from home, thanks to Austrian striker Sasa Kalajdzic’s lone goal. The traditional team reached 29 points and is in tenth position.