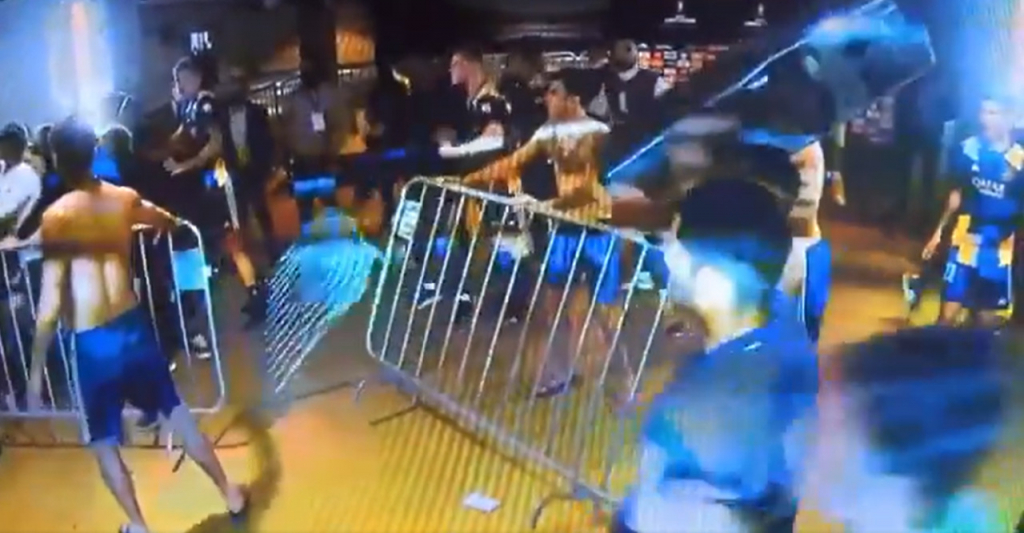 The post-game of Atlético-MG e Boca Juniors it was tense and violent. After the victory of the miners on penalties, the Argentines were not satisfied with the referee’s decisions and headed towards the referees’ locker room. On the way, security guards from Mineirão and Galo tried to intervene and a generalized confusion broke out in the corridors. In a statement published by Atlético on social networks, the club reported that the Argentines tried to invade the opponent’s locker room and broke drinking fountains and protective railings. THE Military police it had to be triggered, and pepper sprayed the mess away. “The balance was of injured people, fortunately without any seriousness. There was even an attempt to attack Atlético’s football director, Rodrigo Caetano, with an iron bar,” said the club.

Also according to Atlético-MG, the PM gave arrest to some players and members of Boca’s technical committee and after a long negotiation, brokered by President Sérgio Coelho, the Argentine delegation went to the police station to register a police report for depredation of property and aggression, but no one will be detained. During the game, Boca athletes complained a lot about the disallowed goal in the second half. Remembering that in the first leg, the team also had a goal disallowed and the Conmebol he even admitted that it was a mistake.

Is Boca Juniors doing well with the Libertadores elimination?pic.twitter.com/lVw6XcBy8r