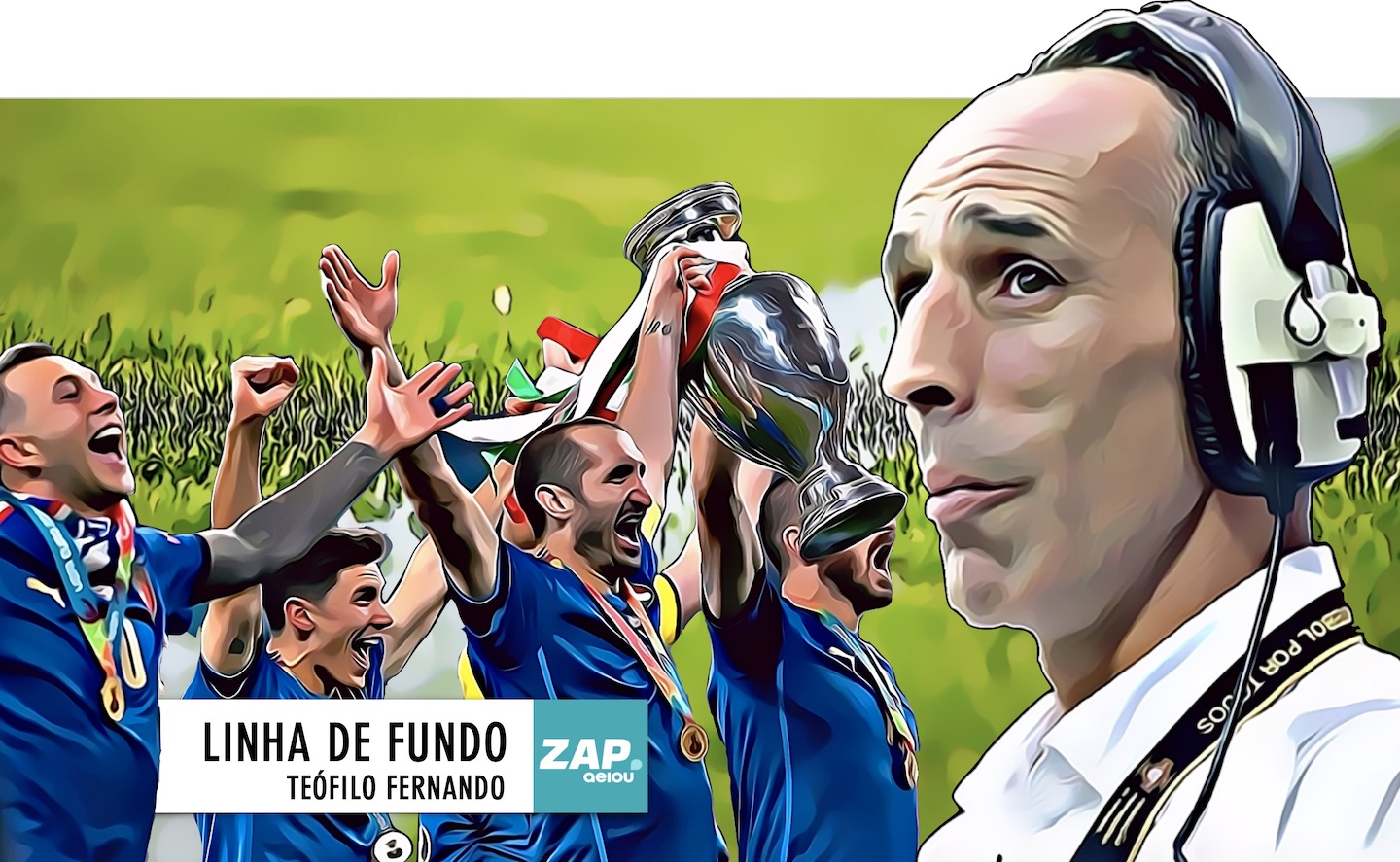 Homemade nightmare and the blue party at Wembley. The numbers of the Final and Euro 2020. Éder handed over the Cup and Cristiano Ronaldo won another trophy. The European Championship seen from the Bottom Line.

Shaw scored in the 3rd minute and made history: it was the fastest goal in the history of the European Championship finals. Two minutes of the Wembley Final were played. Homemade madness, Italian apprehension.

In advantage, the English team could control the game of the opponent, showing capacity for cohesion, blocking all paths to Italy. The early goal removed some lucidity from the transalpines.

England maintained a prudent pace, even too much. In the first half he was better, with more ball, but without major concerns for attackers. England started out very well, but then it faded away, until the dream was eclipsed.

in the second part watched another game. Italy, which soon began to show signs of impatience, reached the tie, 22 minutes into the second regulation time. The team grew, England was being dominated, now it was the turn of the home team’s supporters showed faces of concern.

This Italy is different. The team that failed to qualify for the last World Cup, knew how to turn around a series of difficulties. He has a game idea based on offensive construction, finding in the Final an opponent who seems to be strategically prepared not to let him play.

Merit to the bold… it’s not just luck, It’s much more than that. The team coached by Roberto Mancini changed its philosophy. He has talent, determination, exhibits a game plan that is a new paradigm, now he doesn’t play Italian style, he can make history.

game by game the selection of Italy was presenting arguments and winning fans, the Italians themselves and those who like this wonderful game that Italy now plays, captivating in a surprising way with the ideas it brings to each challenge. An Imperial Italy.

a fearful england, managed to take the decision to penalties, after a boring extra time, where Italy were more competent and had the giant Donnarumma, who saved two penalties, as many as Pickford, and another went to the post.

Saka, Rashford and Sancho, who came on during the game, missed and Italy won the European Championship.

After a period when Italians seemed angry about football… this one is back home. Almost built from scratch, here with high merit for the coach Roberto Mancini, Italy was reborn. With brilliance and merit. 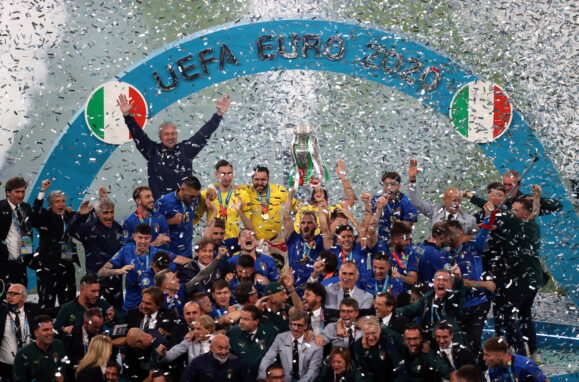 Italy held the party at Wembley

Euro2020 Awards – Ronaldo could not be missing from the list

The legendary Buffon’s successor responded in kind. It was featured in every game.

The 22-year-old goalkeeper who didn’t concede any goal in the three group stage games, they have fitted the first against Austria, in the round of 16, one against Belgium, in the quarter-finals, one against Spain, in the semi-finals, and one against England.

In the final of the Euro (1-1 after extra time, 3-2 in the penalty shoot-out), Donnarumma esteve superlative, managing to save two penalties, he who had already saved the penalty scored by striker Morata, who gave Italy victory over Spain in the semi-finals. After the holidays, another adventure follows as a reinforcement of Paris Saint Germain. 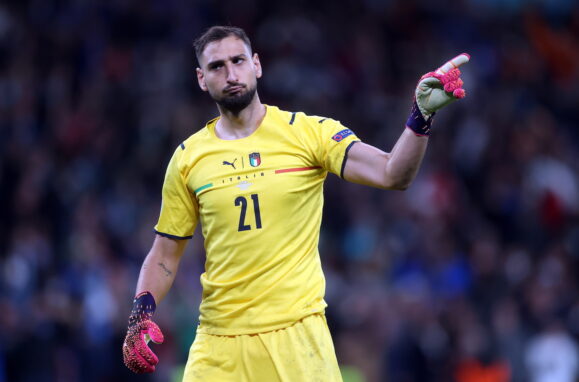 It’s the second time that a goalkeeper wins the best player award of a European Championship. The other occasion was in 1992, when Peter Schmeichel won the award after leading Denmark to the surprising European title.

Pedri González was chosen as the best young player in the European Championship, succeeding the Portuguese Renato Sanches, which won the award in 2016.

Aged 18, the talented Barcelona player stood out as a key player in the Spanish team’s midfield, being the undisputed starter throughout the competition. 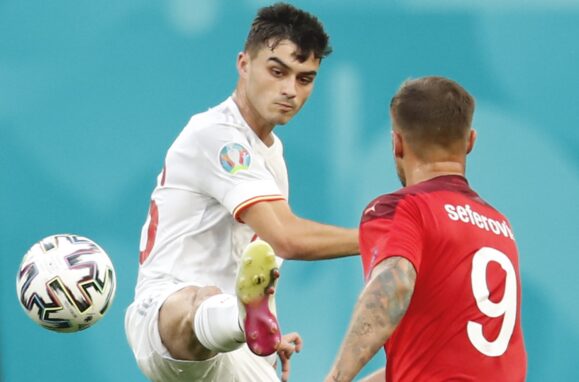 “What Pedri did in this tournament, at 18, no one did. Not even Andrés Iniesta did this; it’s amazing, unique”. This is how Spanish coach Luis Enrique defined Pedri, after Spain’s last game at Euro2020.

Now the “player” will be in action at the Olympic Games.

Portugal said goodbye to Euro2020 still in the round of 16, against Belgium, but Cristiano Ronaldo managed to take the trophy top scorer in the competition, after having equaled Ali Daei at the top of the best scorers in the history of the teams, with 109 goals. 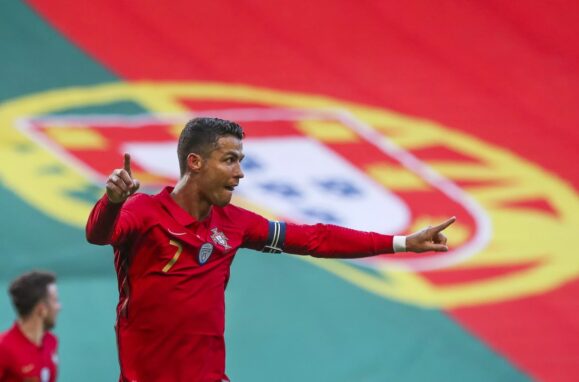 This time with five goals and four games – two against Hungary, one against Germany and two against France, all in the group stage, the captain of the national team was crowned the top scorer at Euro2020, with five goals, the same as the Czech Patrik Schick, but with more an assistance… decisive to win yet another trophy (of the few) that he lacked.

At 36, Ronaldo became the oldest player to become top scorer of a European Championship. He is the all-time best scorer in Europeans, with a total of 14 goals in five editions.

the eleven of the euro