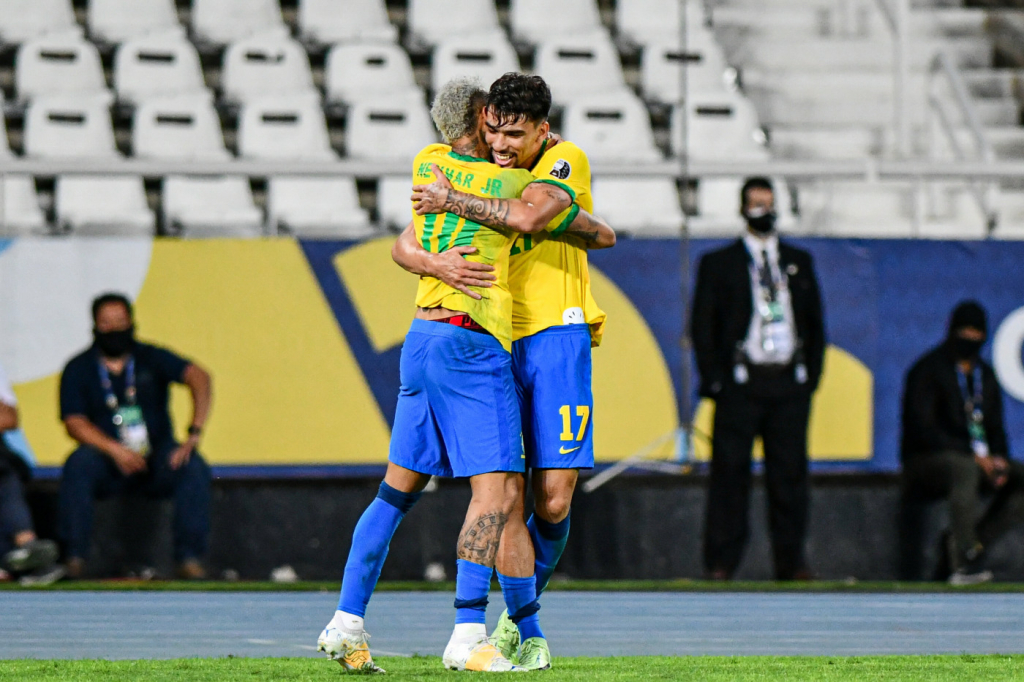 Selection was suffocated in the second half, but won the victory with a goal by Paquetá in the first half

O Brazil qualified for the final of America Cup after winning the selection of Peru this Monday, the 5th, at the Nilton Santos stadium. the team of Tite, now, awaits the winner of the duel between Argentina and Colombia that takes place this Tuesday, in Brasília. On the field, the Brazilian team dominated the first half. Well posted in attack, the team gave ten shots on goal, seven on target, and many of these were saved by the goalkeeper Welsh. On minute 12, Casemiro hit a free kick in front of the goal and the Peruvian goalkeeper made a good save. At 18, it was Paquetá’s turn to test the archer from outside the area, but it was at 19 that Gallese wrote his name in the match by making two saves at close range. And so much pressure resulted in a goal. At 34, Neymar dribbled three defenders and rolled to paqueta kick into the nets and open the scoreboard.

On the way back from halftime, the Peruvian team put more pressure on. On minute three, Lapadula forced Ederson to make a good save, the first of the game. At 19, García kicked hard and the Brazilian goalkeeper palmed, leaving for Thiago Silva to move away. At 26, Richarlison was pushed into the penalty area and the selection complained of a penalty, but the referee did not score anything. At 35, Peru started to scare again with a free kick inside the area, but that was it and Brazil managed to qualify for the final.