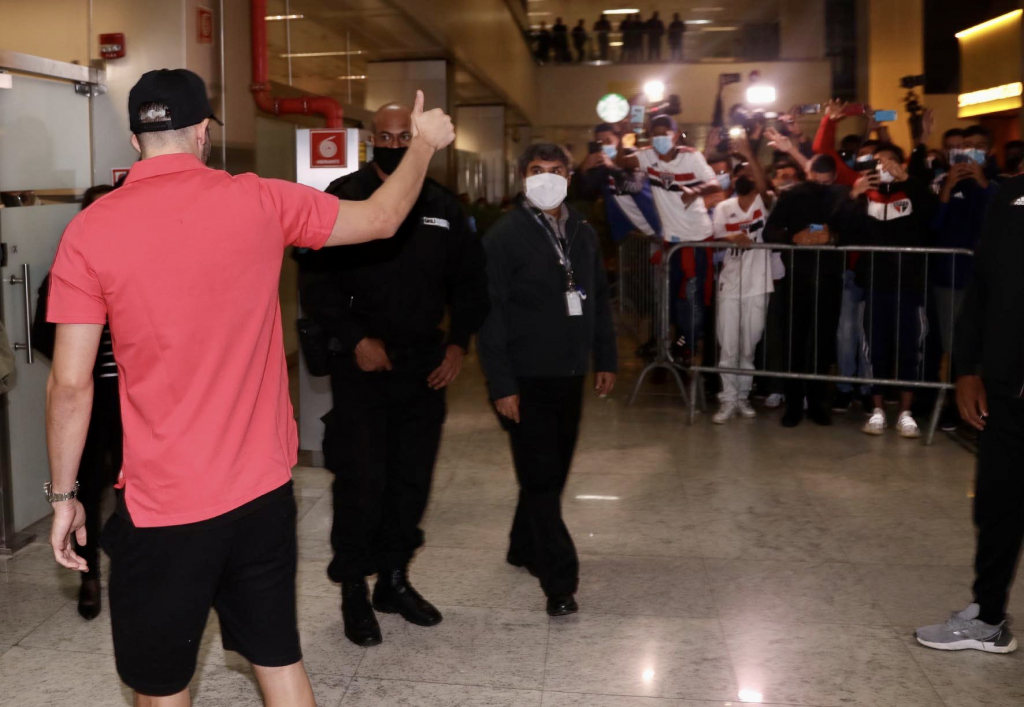 Back to Tricolor after five years, the Argentine was welcomed by a small group of fans, who sang the famous song ‘Toca no Calleri que é gol’

the attacker Jonahtan Calleri landed this Thursday morning, 2, at the Guarulhos international airport, in Greater São Paulo, around 6:00 am (Brasilia time). Back to São Paulo after five years, the Argentine was welcomed by a small group of fans, who sang the famous song “Play Calleri, which is a goal”. In a quick conversation with the press, the center forward spoke of the expectation of returning to Morumbi. “I am very happy to be here. I hope to bring happiness to the fans and be happy too”, he commented.

In her first spell at Tricolor, Calleri made a great impression. In six months, the striker played 31 matches, scored 16 goals and was the star of the team, semi-finalists of the Copa Libertadores da America of 2016. Now, it comes back again on loan, but this time valid until the end of 2022. Without the possibility of being enrolled in the Brazil’s Cup, which closed the registration period for new athletes, the Argentine will reinforce Crespo’s team in the brazilian. Currently, the São Paulo team is in 12th place, with 22 points added in 18 matches.