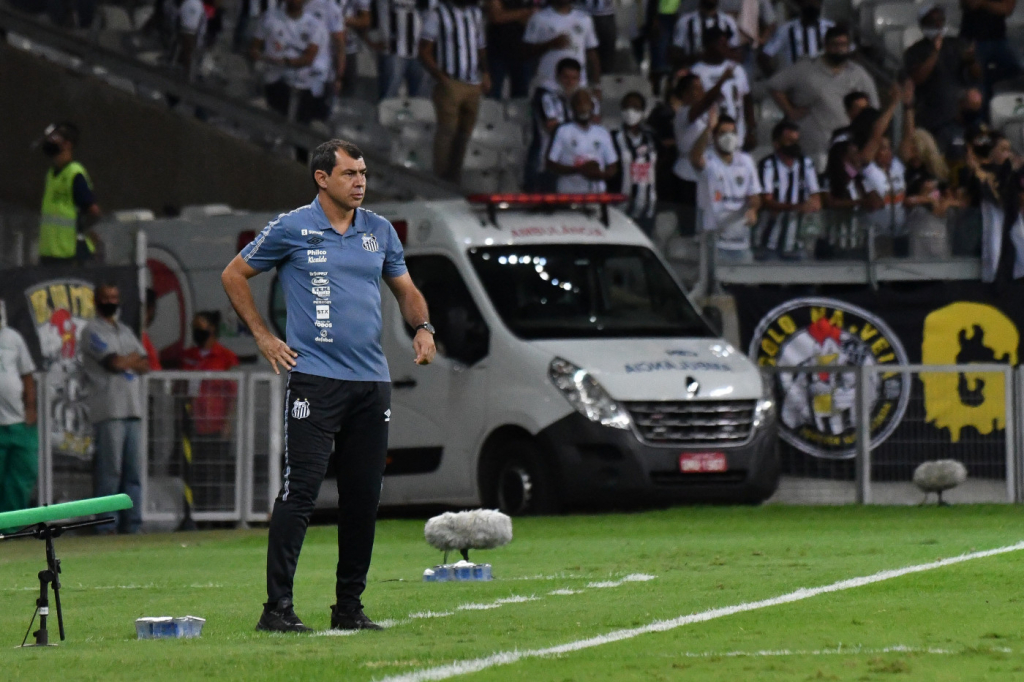 The coach’s order is to concentrate on the 13 games that are left to the team, starting with the direct confrontation with Sport, on Sunday, 17, in Recife

O Santos was defeated by Atlético-MG on the night of last Wednesday, the 13th, and was unable to distance himself from the relegation zone of the Brazilian championship, remaining in 16th place, with just one point more than Bahia. At a press conference after the setback at Mineirão, the coach Fabio Carille asked the athletes of Peixe to think only about the future, leaving behind the weak campaign in the competition. Now, the order is to concentrate on the 13 games that are left to the team, starting with the direct confrontation with the Sport, Sunday, 17, in Recife. “We’re going to train in the morning (this Thursday), go over the details of the match and talk about what we need to improve as soon as possible for a balanced game in Recife. It’s a deciding game.”

The coach knows that he can’t possibly miss points in Recife and promises a firmer posture, with a compact team in defense and bold in attack as in the first half against Juventude, for him, the best presented under his command. “If we just look back we’re screwed, we need to look forward. 13 games to go. If you look and take what Santos has done so far, it’s bad and leads us nowhere. It’s to improve with mistakes from now on”, he charged. “We have already started this work. I haven’t seen videos or moves now, I tried to talk and draw attention to the issues that we can solve in a game, such as set pieces. It is to assimilate the blow, tomorrow (today) is another day. Let’s pass on all confidence.”

The athletes who started the match and striker Raniel, who joined at the start of the game, do internal work this Thursday morning.

The rest of the cast trains at CT do Cruzeiro, in Belo Horizonte.

The delegation returns to Santos in the afternoon. pic.twitter.com/Jx1TA5VujW

In addition to the daily work, Carille bets on words of encouragement to get Santos out of this situation. “It’s a smart group and knows the weight of Sunday’s match. Let’s do our best in Recife to get what we want. With technical quality, effort from everyone and the attention we need to have”, commented the coach. “We have to be more attentive, with concentration up there, even more in a decisive game. We are close (of Sport) in the table. I can’t complain about the will, the delivery, since the beginning the team has been running and fighting, but we have to have more concentration and play more, yes”, he added.