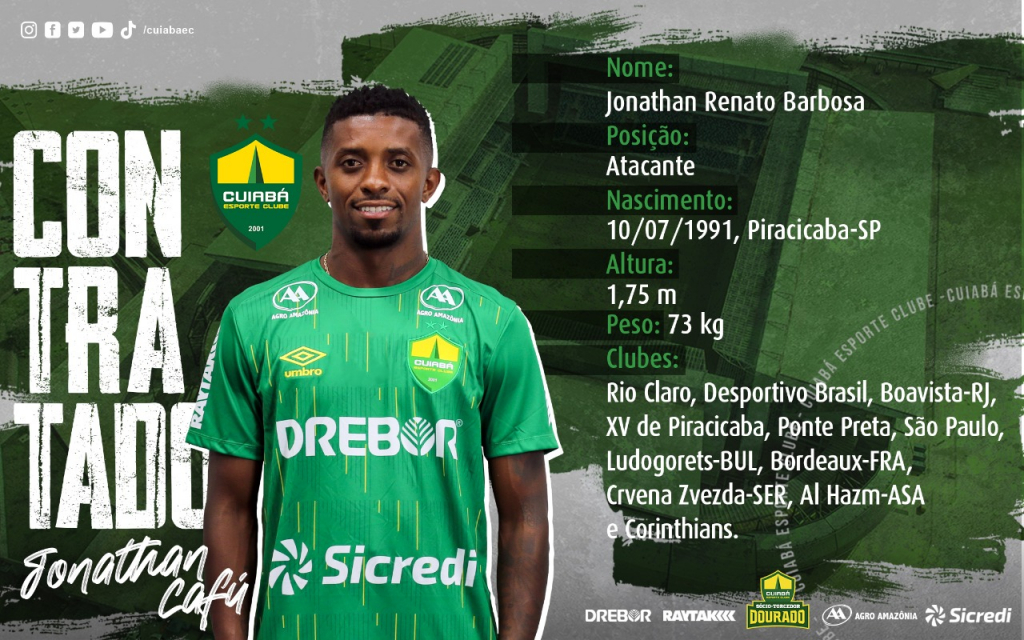 In a statement, Dourado reported that the attacker landed in the capital of Mato Grosso on Thursday (4), underwent clinical and physical examinations, signed a contract and started training with the rest of the squad.

Corinthians loaned striker Jonathan Cafú to Cuiabá until the end of the 2021 season. With little space on Vagner Mancini’s team, the player will serve the Golden during the Mato Grosso Championship, the Copa do Brasil and the Brazilian Championship A Series – the Dourado returned to the elite of national football after a good campaign in the 2nd division. Thus, the teams carry out their second negotiation in a few days. This week, goalkeeper Walter was handed over to Cuiabá until the end of the year, when his contract with Alvinegro paulista also ends.

In a statement, Cuiabá reported that Jonathan Cafú landed in the capital of Mato Grosso on Thursday (4), underwent clinical and physical examinations, signed a contract and started training with the rest of the Dourado squad. The attacker’s contract has already been sent to the CBF and his name should come out in the next few days at the IDB (CBF Daily Newsletter), so that he can have conditions to debut by Auriverde.

Jonathan Cafú was hired by Corinthians in November 2020, but was hardly used by coach Vagner Mancini. In the final stretch of the 2020 Brazilian Championship, the athlete participated in only three matches, only one as a starter and did not contribute with a goal or assistance. In Paulistão 2021, he did not participate in any of Timão’s two games – draws with RB Bragantino and Palmeiras. His link with Timão is valid until December 2023.