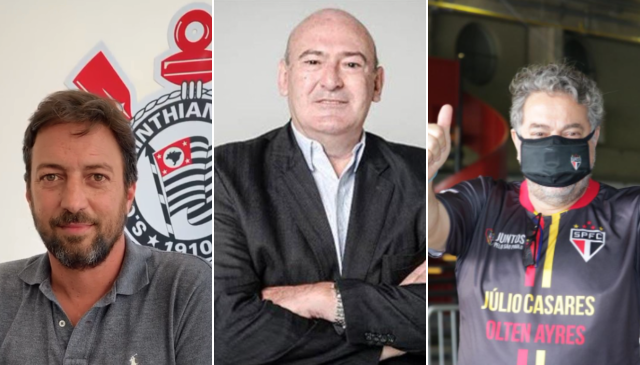 Duílio Monteiro Alves, Andrés Rueda and Julio Casares will preside, respectively, Timão, Peixe and Tricolor for the next three seasons

Corinthians, Santos e Sao Paulo are starting 2021 with new faces. Yes, the rosters and coaches are the same as last year´s final stretch. The change refers to the presidency of clubs in São Paulo, which elected new representatives for the triennium (2021-2023). Duílio Monteiro Alves, right arm of Andres Sanchez, assumes Timão needing to put the São Jorge Park association back on the axis. Andres Rueda will try to bring a little peace to the Fish, which saw José Carlos Peres undergo an impeachment in the last month of November. Julio Casares, in turn, it is tasked with reducing the expenses of Tricolor and breaking the eight-year fast without a title. São-paulino and santista begin their terms this Friday, 1st. The Corinthians player starts his term on Monday, 4. Below, check out what the new management changes will be. 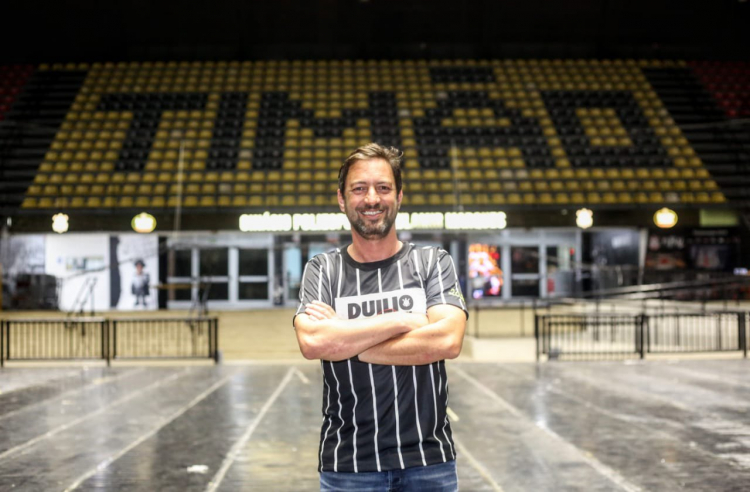 Duílio Monteiro Alves will command Corinthians in the 2021-2023 triennium

At the age of 45, Duílio Monteiro Alves started as cultural director for Corinthians in 2009, went on to become deputy director in 2011 and left his position in 2014. Four years later, he returned to the club to be football director for Andrés Sanchez, making the representative’s right arm. Before being elected, Duílio promised to finish the base’s CT, invest more in the lower categories and give space to the boys in the main team. In addition, the new president assured that Timão’s high debt will decrease – the team closed the balance of 2019 with the largest deficit in history. For this reason, he speaks of “financial discipline” and says that he will have the support of a management consultancy.

Duílio also aims to increase commercial revenue by 50% over the next three years and boost the Supporter Partner program – the goal is to triple the number of members, making the plans more accessible to the low-income population. For Flavio Prado, commentator of Young Pan Group, the change of Andrés Sanchez to the new president is unlikely to change the future of the club. “At Corinthians, it will continue more or less the same thing. It’s the same people who are there, ”he said.

Mauro Beting believes that the change in management may be positive. “In the case of Corinthians, the group that won, Duílio Monteiro Alves, has been in power since 2007. It is a group that was undefeated Libertadores champion, champion of the Club World Cup as well. It is a group that has many mistakes and many successes. In a way, things start to settle. I would say it is a change for the better because things were already working out at the end of past management ”, he analyzed. 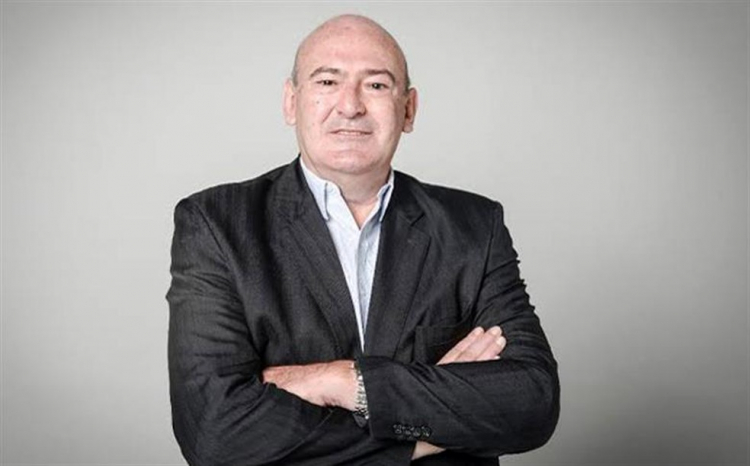 Mathematician, Andrés Rueda is a specialist in systems engineering and has experience in management. Despite being on the Management Committee of José Carlos Peres, he resigned after seven months in office and appeared in the last election as one of the opposition candidates. The new president promised more discretion at the time of hiring, aiming to materialize the agreement with WTorre for the renovation in Vila Belmiro and also to improve the facilities of the CTs Rei Pelé and Meninos da Vila. In addition, Rueda envisions more transparent management, with a focus on reducing the club’s enormous debt. When the fans were able to visit the stadiums again, he will try to take the Peixe games to the city of São Paulo more often.

“Santos should get a better structure because the president is a millionaire. So, he must put his money in the club. This, to tell the truth, I don’t know if it’s a good one because the team works better when using the base category ”, highlighted Flavio Prado. “At Santos, at least there is institutional stability to settle your life, although you also have to settle your accounts, a problem that comes from previous administrations. Still, it is an encouragement ”, added Mauro Beting. 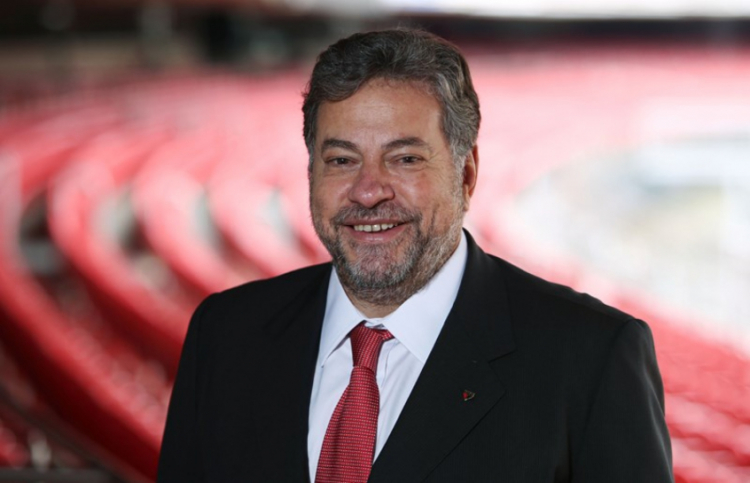 Julio Casares, from the Juntos pelo São Paulo list, was elected president of the club for the 2021-2023 triennium

President-elect in São Paulo, Julio Casares, lawyer, publicist, professor and broadcaster, will change the club’s board after February, at the end of the Brasileirão. The president’s idea is to bring a strong name to replace Raí as football director. In addition, he has already announced the return of Muricy Ramalho to the post of football coordinator, promised Diniz to remain as coach and revealed that the idol Kaká will be part of a club council. In his management plan, Casares does not intend to promote radical changes in the Morumbi stadium and aims to create a group to try to resolve debts.

“The new president of São Paulo is extremely competent, bringing great names from the history of Morumbi, who will now take over. He picks up the club at a better time, after one of the worst years in São Paulo’s history. In theory, a change for the better ”, praised Mauro Beting. Commentator Flavio Prado, for his part, showed distrust. “In the case of Julio Casares, it is a big unknown. He has some ideas of his own, but after so many years with Leco, we don’t know what kind of direct influence this will have at the club. ”