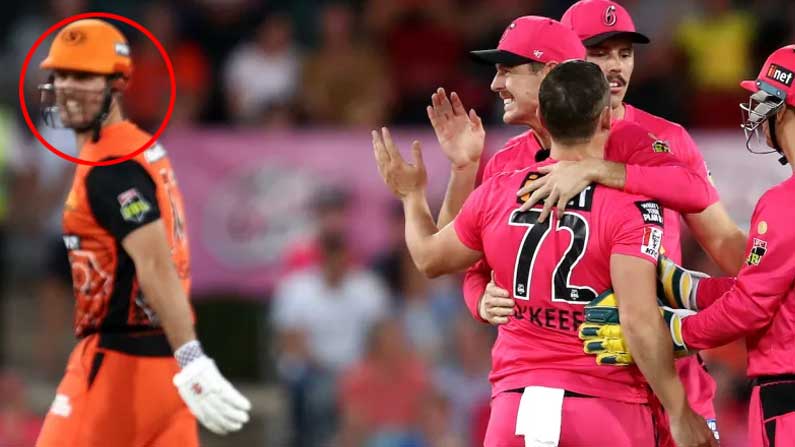 Cricket Australia: The Cricket Australia board has given a shock to Aussie all-rounder Mitchell Marsh. Imposed a heavy fine for misbehaving towards the umpire. It is well known that Big Bash League matches take place in Australia. The latest match was between the Perth Scorchers and the Sydney Sixers. The Perth Scorchers batted first in this match. In the innings, Sixers bowler Steve O’Keefe attempted a Mars shot in the 13th over. However the ball flew straight into the keeper’s hands. The umpire declared the bowler out on appeal.

Marsh was furious. The bat hit the ground. The umpire blamed the manner for giving out incorrectly. On that occasion he insulted the umpire with vulgar language. However, Cricket Australia took Mitchell’s action seriously and took action against him. Cricket Australia has fined Mitchell Marsh 5,000 Australian dollars (Rs 2.8 lakh) for misconduct. Michelle Marsh, on the other hand, realized her mistake and apologized that she should not have done so. Once again he made it clear that he would not do such insane things.

Buffalo: ‘Buffalo’ as a reward for the best wrestlers’ performance .. what is its value ..