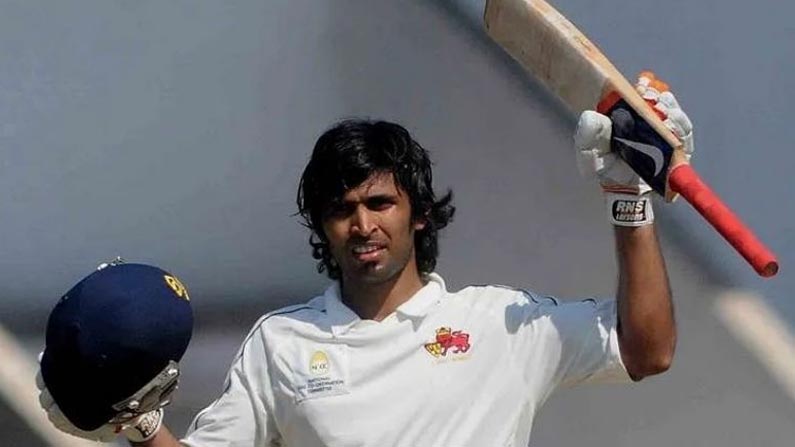 Mumbai Cricketer Abhishek Nayar: IPL 2009. First match between Mumbai Indians and Chennai Super Kings. Mumbai, led by Sachin Tendulkar, opted to bat first. He captained the innings and scored an unbeaten 59. But there was also a player who stole his mind with just four balls in the match. He came to the crease in the 15th over. Two overs later he had to face England all-rounder Andrew Plintop. The 25-year-old Indian hit three sixes off four balls in his over. This led to 22 runs in a single over. This young batsman scored 35 off 13 balls. So Mumbai set a target of 166 for Chennai. The goal is bigger in front of the Dhoni team. However, Mumbai won the match by 19 runs.

Tendulkar was named Player of the Match in the match, but then everyone talked about the 25-year-old batsman. The batsman’s name is Abhishek Nair. Mumbai resident left hand batsman, right arm bowler. And now do you know where these batsmen are? Abhishek Nayar, who has been with the Mumbai team for as long as he has played in domestic cricket, is part of the team that has won the Ranji Trophy five times. Every time the team is in trouble he stands pretty high with his game. Abhishek has no pace in bowling but takes wickets. So far he has taken four wickets five times and five wickets six times in first-class cricket. He played 103 matches and took 173 wickets. His best performance was seven wickets for 131 runs. But he is bigger in batting. Playing in the middle order he scored 5749 runs at an average of 45.62. Scored 13 centuries and 32 fifties.

Abhishek Nair was the Mumbai champion in the 2008-09 season. He played a crucial innings of 99 runs. Mumbai won the Ranji Trophy for the 38th time. Shortly after this, Abhishek Nair was invited to Team India. In June 2009, he went on tour to the West Indies. There are three matches to play. Batted in one of these. He played seven balls and made no runs. After that he could not play for Team India again. Abhishek Nair played 99 first class matches in Mumbai. When he looked set to play his 100th match, he was dropped due to poor form. Then again he could not be part of the Mumbai team. In such a situation he went to Puducherry. There he played his 100th first-class match. At the same time, their number of matches in List A stood at 99. He scored 2145 runs at an average of 31.08 in this format. Now Abhishek Nair is coaching. He is credited with bringing Dinesh Karthik into a new incarnation. He is also the coach of Kolkata Knight Riders Academy. Karthik was also a consultant. Apart from them, players like Shreyas Iyer and Shardul Thakur are also Abhishek disciples.

NIA Raids: NIA attacks in Telugu states .. Do you know the case that led to so many attacks?

He has no PAs in Delhi .. TRS MP Maloth Kavitha responds to CBI attack