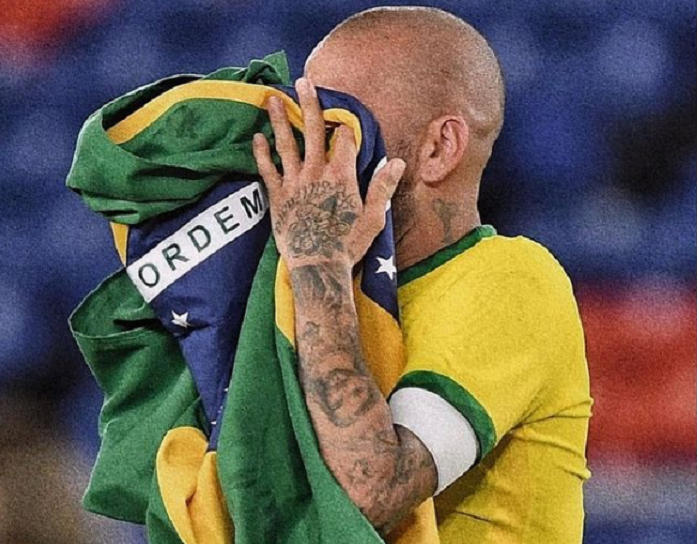 Through an Instagram post, the São Paulo and Brazilian national team player began his text with ‘Brazil above all, God above all’

Daniel Alves, lateral do São Paulo and yes Brazilian Team, was among the most commented subjects on Twitter this Tuesday, 7th for a controversial reason. To celebrate the Independence Day of Brazil, the veteran mentioned the campaign slogan of Jair Bolsonaro for the presidency in 2018. Through an Instagram post, the wing started his text with “Brazil above all, God above all”. The motto is still used by supporters of the President of the Republic – many flags with the phrase were even found in today’s demonstrations.

“BRASIL ABOVE ALL, GOD ABOVE ALL! Our independence day and I wish you to take that day, to become independent too. Be independent of oppression, manipulation of opinions and egocentric influences. TO BE FREE IS TO BE ABLE TO DREAM, TO BE FREE IS TO BE ABLE TO ACHIEVE, TO BE FREE FREE IS TO KNOW THAT EVERYTHING WILL PASS AND ONLY LEGACY WILL STAY!! (LONG LIVE THE INDEPENDENCE OF BRAZIL AND BRAZILIANS)”, wrote the player. On Twitter, many internet users, some from São Paulo, criticized Daniel Alves’ posture. The full-back, who won gold with the selection in the Tokyo Olympics last month, is in the group of Tite who will face Peru, this Thursday, at Arena Pernambuco, in Recife, for the 2022 World Cup qualifiers.