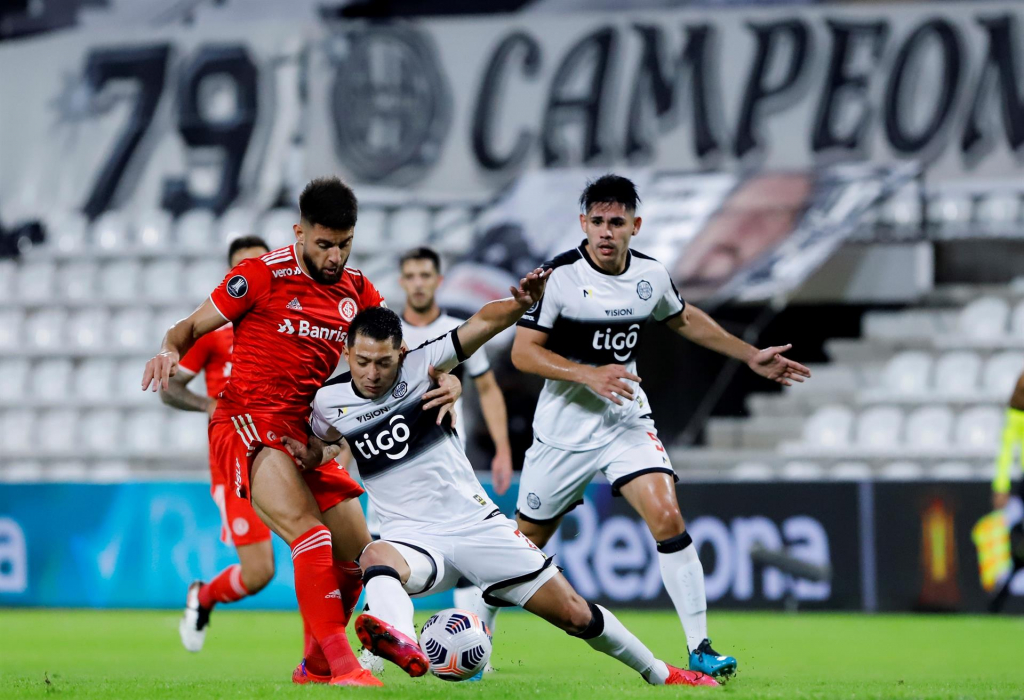 Colorado came under pressure from the Paraguayan team and takes the decision to Beira-Rio, next Thursday

EFE / Nathalia AguilarInternational suffered from Olympia’s investigations in the attack

This Thursday, the 15th, the duel between Olympia e International closed the first leg of the round of 16 of the Liberators cup. Opponents in the group stage, the teams played their third game in this edition. The match in Paraguay was suffered for Colorado, who had their chances to hit the net in the first half, but saw their opponents grow. In a quick counterattack in the 27th minute, Caio Vidal kicked in and goalkeeper Aguilar sent it to corner. Afterwards, Caio appeared at the entrance to the area and kicked hard, forcing another great defense from Aguilar. Inter, then, got tired and took a suffocation from Olímpia. At 40, Pitta arrived heading over the goal. Four minutes later, Ivan Torres kicked in the corner and forced Daniel to stretch to avoid the goal. In stoppage time, the colorado goalkeeper made a save to keep the score zero.

Olímpia returned to the second half with high intensity and had good chances in the first ten minutes. Inter managed to reach the opponent’s goal only after 11 minutes, with Caio Vidal, who headed it out. At 18, Patrick lost the ball and on the counterattack Olímpia arrived with danger in a shot from Recalde, forcing Daniel to work. At 26, the Paraguayans had the biggest chance of the game, but Salazar threw it out. In the final minutes Colorado even tried, but it wasn’t effective. Next Thursday, the 22nd, the return game takes place in Beira-Rio, at 9:30 pm (Brasilia time).