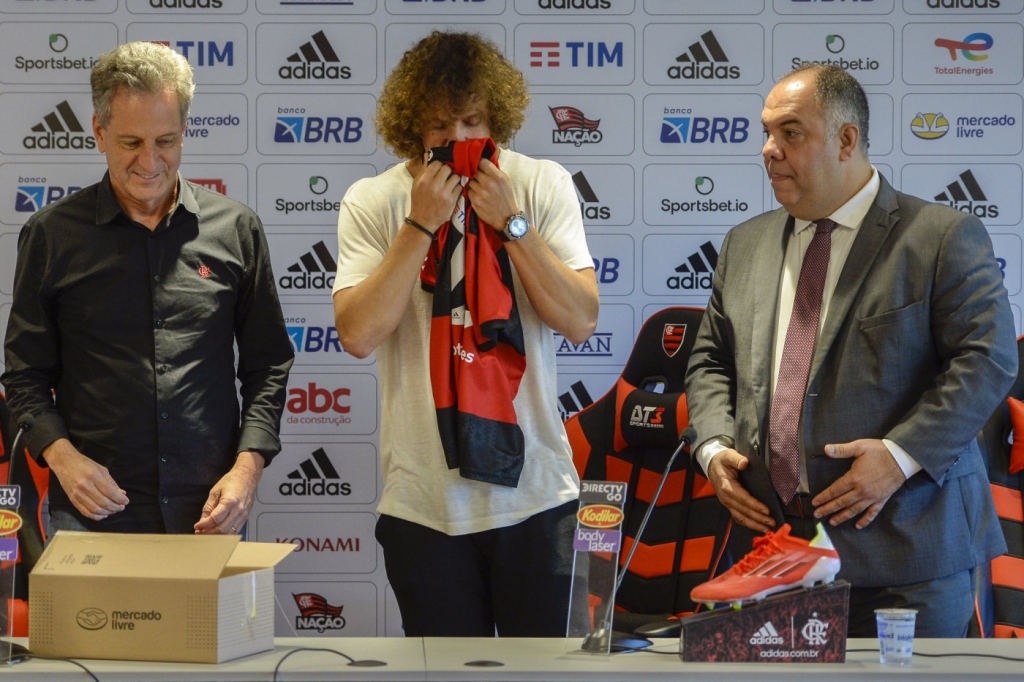 At the press conference, the defender stressed that his focus is to present a good performance in the Rubro-Negro, but that he also maintains his ambition to return to the Brazilian team.

David Luiz was introduced as the new player of Flamengo on the afternoon of Monday, 13. In his first words as a Rubro-Negro athlete, the defender spoke of the challenge of returning to Brazil and said that he believes in a quick adaptation in the team coached by Renato Gaucho. “Another big challenge in my life. I understand that’s what I’ve always liked, it’s what gives me oxygen. It made me make that decision. I had a few different scenarios. I could have chosen a more peaceful life, but I like to do what’s in my heart. That’s what keeps me playing football, makes me have the same energy and passion. It was crazy to feel this love from the fans even though I wasn’t a Flamengo player yet. This made me think and imagine a lot,” he said.

“My adaptation will be easy, I know a lot of players from the squad. You can see that he exudes joy, compassion and harmony in the cast. It’s very easy to adapt in an atmosphere held in a positive context. I have the ambition to do my best for Flamengo. It’s one of the best pages I’ll live in my career. Flamengo is big and can give big things”, completed David Luiz, who has no date to debut. player of Arsenal until last season, he hasn’t taken the field for an official match since early May.

At the press conference, David Luiz highlighted that his focus is to present a good performance at Flamengo, but that he also maintains his ambition to return to the Brazilian team. In addition, in conversation with the press, the defender said that he received advice from friends who are in Gávea. “We don’t get anywhere alone, we don’t decide anything alone. The most important thing in life is people, nobody is happy alone. Many people showed me how great it would be to live this challenge in my life”, completed the experienced athlete, who received the shirt 23 from directors – Marcos Braz and Bruno Spindel were present at the press conference.