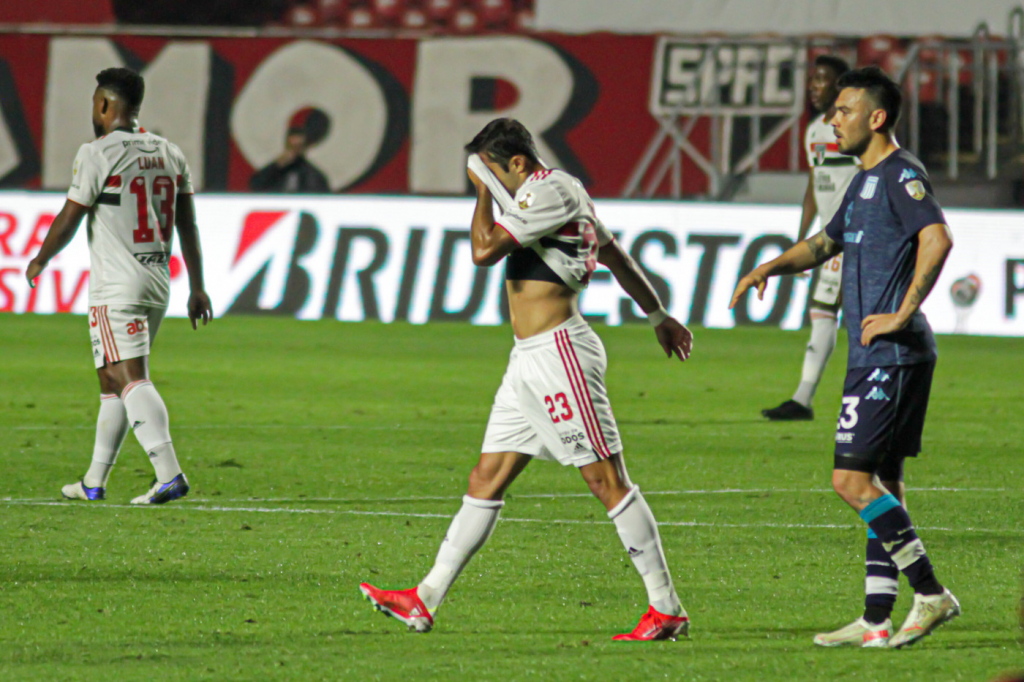 Club did not estimate a return period for the striker, who was injured in the match against Racing

MATHEUS TAHAN/PHOTOPRESS/ESTADÃO CONTENTEder left during the match against Racing, this Tuesday, at Morumbi

The coach Hernan Crespo received another bad news, this Wednesday, the 14th, a day after the 1-1 draw against Racing, at Morumbi, for the first leg of the round of 16 of the Liberators cup. Exams diagnosed that the attacker it does he suffered a strain on his right thigh during the first half of the match against the Argentinians and will be undergoing treatment for a period. The São Paulo medical department did not disclose the recovery time. With that, Eder joins Miranda, Rigoni e Luciano, all with muscle injuries and who did not face the Racing. The 34-year-old forward has already defrauded São Paulo in another ten games also because of muscle injuries. Luciano, another who suffers from a strain, has already lost seven matches and is still recovering.

Thus, Crespo should not count on Eder in the return duel against Racing next Tuesday, in Buenos Aires, when São Paulo will need a victory or a draw with two or more goals to qualify for the quarterfinals of final of the main club competition on the continent. Before, São Paulo returns to the field on Saturday, at 5 pm (Brasilia time), at Morumbi, in front of the strength, for the 12th round of the Brazilian championship. The Tricolor team occupies only 14th place, with two wins, five draws and four defeats.