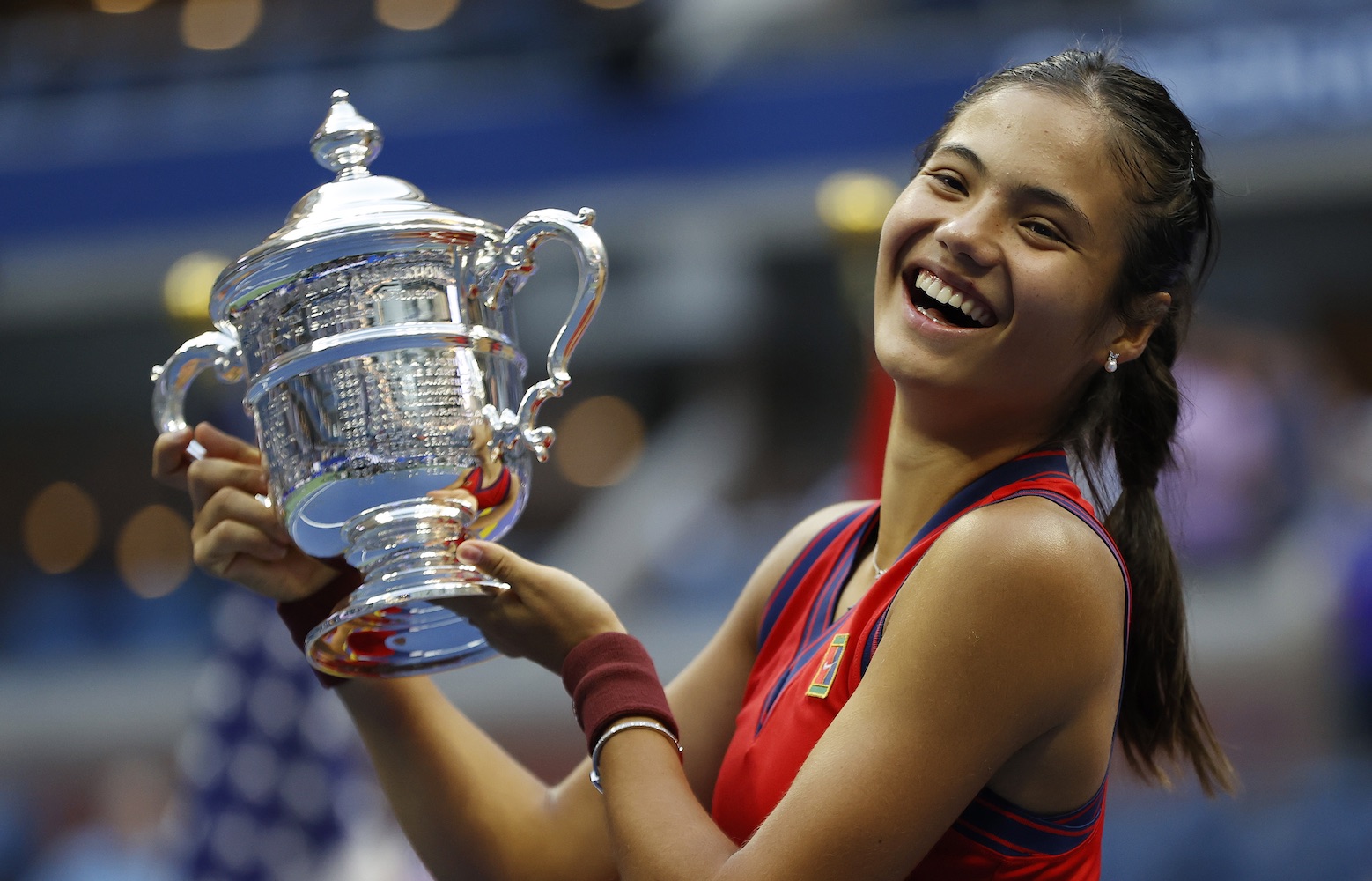 British tennis player Emma Raducanu, winner of the 2021 US Open at age 18

At only 18 years old, Emma Raducanu also became the youngest champion on one major since 2004, the year in which Maria Sharapova won at Wimbledon, with 17.

The number 150 in the WTA ranking surpassed the also young opponent, Leylah Fernandez, 19 years old during the tournament, who figured in 73rd place in the ranking, with partials of 6-4 and 6-3, in one hour and 51 minutes.

Thanks to the victory at Flushing Meadows, the British, who had reached the round of 16 at the Wimbledon tournament this year on his debut in ‘Grand Slam’ tournaments, should rise to 23rd position in the WTA ranking, while left-hander in Montreal should rise to 27th position.

The two young tennis players reached the final of the United States Open after a brilliant course in the competition, during which they successively and categorically eliminated consecrated tennis players, who from the start collected favoritism — with particular emphasis on the young Canadian woman.

In the semifinals of the race, Emma Raducanu surpassed the Greek Maria Sakkari (6-1, 6-4), after having eliminated (6-3, 6-4) the Canadian Belinda Bencic, gold medal at the Tokyo Olympics and number 12 on the WTA rankings. The young British woman won the tournament without having lost any set for their opponents.

The first big surprise starring the Canadian came in the sixteenth of the final, in a match in which imposed Naomi Osaka, number 3 and former number 1 of the WTA rankings, with partials of 5-7, 7-6, 6-4.

Leylah Fernandez’s victorious path was only broken in the final, against a sensational Emma Raducanu, who surprised throughout the competition for his consistent tennis, with a good serve, frequent climbs to the net and a deadly parallel left.

The two young tennis players who this Saturday shared the stage at the Arthur Ash Stadium, where the first US Open final between two teenagers from to departure between Serena Williams e Martina Hingis in 1999, they have a curiously very similar life course — starting with their naturalness.

They will presumably also have a great future in common in world tennis.