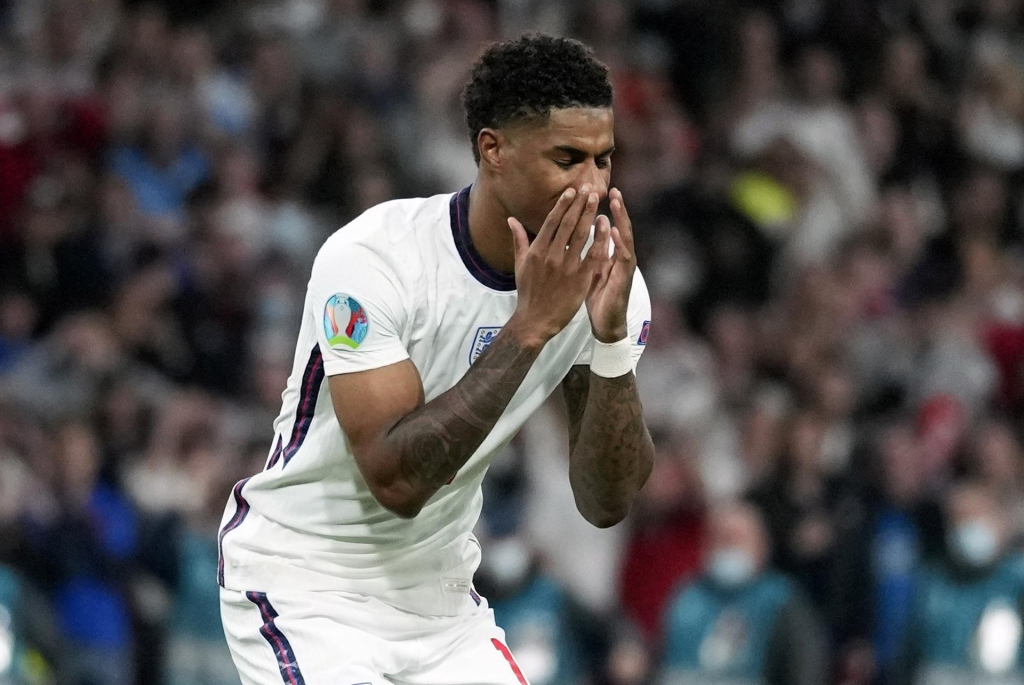 Marcus Rashford, Jadon Sancho and Bukayo Saka were the target of snide comments from England fans after their penalty loss to Italy; Boris Johnson, Prime Minister of the United Kingdom, and the Mayor of London also repudiated the acts

Marcus Rashford, Jadon Sancho e Bukayo Saka were targets of racism by the English fans after wasting penalty kicks in the final of the Eurocup before the Italy, last Sunday, 11, at Wembley. The trio, who is black, was called “monkey” and other discriminatory nicknames through social networks. After the repercussion, the Football Association of England (FA) issued a statement to condemn the acts. “The FA strongly condemns all forms of discrimination and is appalled at the online racism that has been directed at some of our players in England on social media,” the official statement said. “We couldn’t make it clearer that someone behind such repulsive behavior is not welcome to follow the team. We will do everything in our power to support affected players, while calling for the harshest possible punishments for those responsible.”

The England team also released a statement condemning the abuse directed at their players on social media. “We are disgusted that part of our team – who gave their all for the shirt this summer – has been subjected to discriminatory abuse online after tonight’s game,” the team said on its official Twitter account. British police, for their part, said they would investigate the posts. “We are aware of a number of offensive and racist comments on social media directed at football players after the #Euro2020 final,” tweeted the Metropolitan Police. “This abuse is totally unacceptable, will not be tolerated and will be investigated.”

The case was also a matter between authorities. Mayor of London, Sadiq Khan, asked social media companies to remove this content from their platforms. “Those responsible for the disgusting online abuse we’ve seen must be held accountable – and social media companies need to act immediately to remove and prevent this hatred,” the politician said. The British Prime Minister, Boris Johnson, was another who protested against the case of racism. “These England players deserve to be treated like heroes and not racially abused on social media,” he wrote on Twitter. “Those responsible for these horrific attacks should be ashamed.”

Already Lewis Hamilton, motorsport legend with seven Formula 1 world titles and known for fighting racism on the tracks, also spoke. This morning, the British pilot used his social networks to say that the episode is “unacceptable” and that this “ignorance needs to be fought”. “Tolerance and respect for players of color shouldn’t be a conditional,” commented Hamilton, who said he was proud of the England team’s campaign, the best in Euro Cup history.