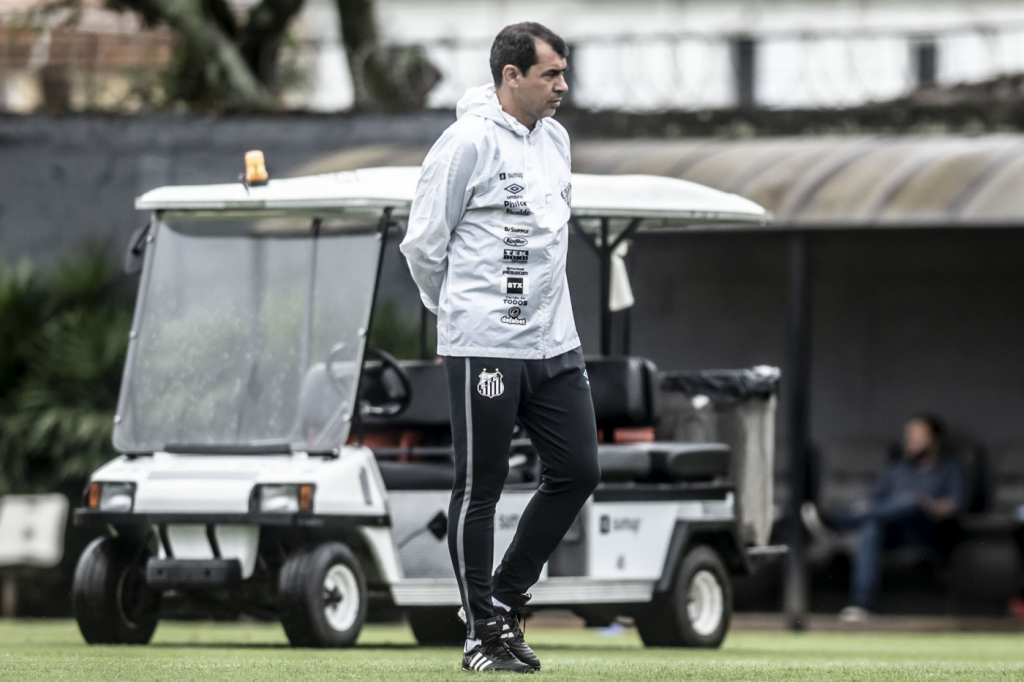 Without winning for ten matches, Peixe is only 16th in the Brazilian Nationals, with 24 points

Reproduction/@SantosFCFábio Carille in charge of Santos at CT Rei Pelé

Fabio Carille, coach of the Santos, hopes to break two taboos in the match against the São Paulo, scheduled for this Thursday, 7th at Morumbi, valid for the 24th round of the Brazilian championship. In addition to making his team disenchant in attack, the coach wants to celebrate his first victory since arriving in Baixada Santista. Not acting since September 26, in defeat for Youth, the commander used the activities of this Monday, 4, to improve the positioning of athletes on the field, especially in the defensive sector.

Without winning for ten matches, Peixe is only 16th in the Brazilian Nationals, with 24 points. In case of a new negative result, the team from Vila Belmiro may enter the relegation zone after the dispute of the entire round. A probable team for Carille to start the derby could form with: João Paulo, Danilo Boza, Emiliano Velázquez and Wagner Palha; Marcos Guilherme, Camacho, Carlos Sánchez, Diego Tardelli and Felipe Jonatan; Marinho and Léo Baptistão.