Bank Lockers: Do Clients Use Lockers in Banks … These Things You Must Know –

5.6 billion pounds to develop the "Abu Rawash" treatment plant ... and to complete it in 2021 Dr. Mostafa Madbouly,...
Read more

Prime Time Zone, Sports: Tom Moody has been appointed Director of Cricket of the Sri Lanka Cricket Board. ...
Read more

Another hard setback for FC Porto in defense of the title of national champion. On Saturday night, the “dragons” drew two goals in the reception to Boavista, in a Porto derby related to the 19th round of the Liga NOS.

The “panthers”, after an immaculate first half, gained a goal advantage thanks to the effectiveness of Porozo and Elis.

However, in a final one-way stage, the hosts managed to reach a draw and were close to making checkmate in two moments, first Sérgio Oliveira wasted a penalty and, shortly after, Evanilson still made the party, but the move was canceled by hand (VAR).

This was the third consecutive league game in which the port failed to win. With this further waste, Sérgio Conceição’s team could be ten points behind leader Sporting. In turn, the “chess players” added an important point, but they remain in a dangerous zone in the classification.

“Well done”, Reggie Cannon. While he had legs and lungs, the American filled the pitch at Estádio do Dragão with boldness and a lot of talent, both in offensive and defensive attacks.

The right-back is an ace and promises to be a source of many millions for the “checkered” coffers soon.

The MVP of this exciting game was the creator of two blatant occasions, in two passes for finishing – Expected Assists (xA) de 0,8 -, two effective crosses in three feats, five right progressive passes, 46 actions with the ball, two of which in the opposite area, six recoveries of possession, five interceptions and three reliefs. For all this, he was awarded with a GoalPoint Rating of 7.4. 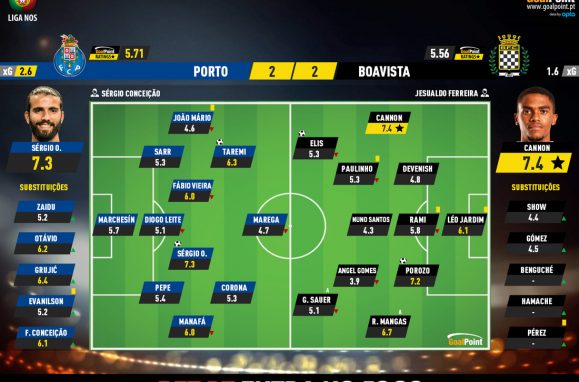 Bank Lockers: Do Clients Use Lockers in Banks … These Things You Must Know –

Prime Time Zone, Sports: Tom Moody has been appointed Director of Cricket of the Sri Lanka Cricket Board. Moody will continue in this...
Read more

Prime Time Zone, Sports: The five venues for the 14th season of the prestigious Indian Premier League (IPL) organized by the BCCI have been...
Read more

Prime Time Zone, Movie: Bollywood chubby beauty Parineeti Chopra has not only received success with her recent film 'A Girl on the Train' but...
Read more