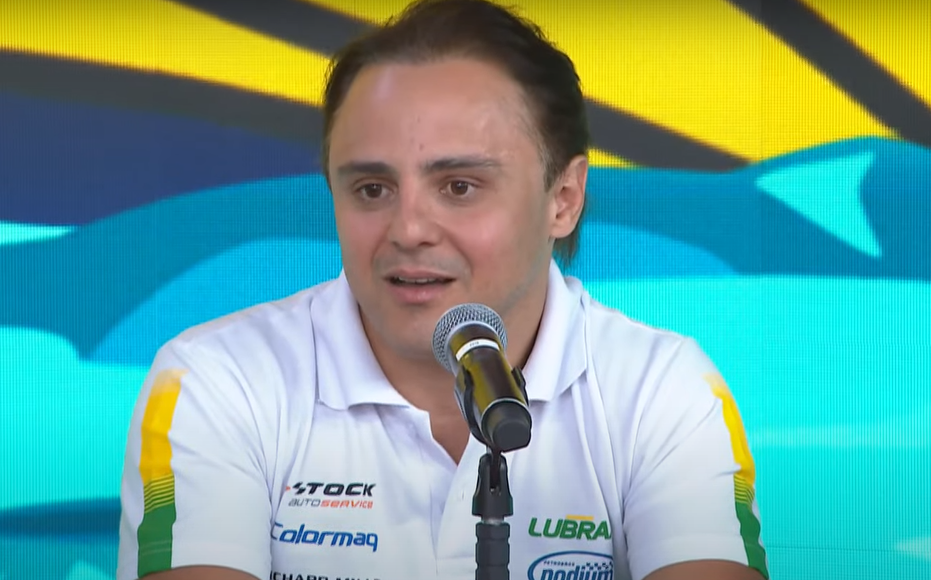 In an interview with Panico, the driver spoke about proximity to a German driver, Brazilian promises for Formula 1 and pressure in the races: ‘In Brazil, you have an obligation to win’

Reproduction/PanicFelipe Massa, former Formula 1 driver and current Stock Car competitor, was the guest of the Panic program this Thursday, 14

This Thursday, the 14th, the program Panic received the automobile pilot Felipe Massa. In an interview, he, who retired from the Formula 1 in 2017 and today is part of the Stock Car, talked about the friendship he built with Michael sSchumacher in the period in which he competed for Ferrari. “Schumacher was spectacular, I arrived in a different situation from other drivers, I was young, I had a very close relationship. I was in every meeting following him and learning. He was the teacher and I was the student. He always understood this situation and always welcomed it. It was very affectionate, he had a frown, but he still had a different affection. He told me that he was retiring, but that he was happy to hear that I would take his place. It was a different relationship, which he didn’t have with others”. The motorist also recalled his phase in the Ferrari, which he was part of when he was world runner-up in 2008. “When you join Ferrari, it’s a religion, you’re part of that religion forever. Every moment you’re there, people want to hug you, take a picture, it’s the tradition of becoming a Ferrari driver.”

O Brazil goes through a 13-year break without appearing on the category podium. In this regard, Massa concluded that the country does not generate competitive Formula 1 drivers because there is no investment in the base categories, but he believes that the situation could change in the future, with bets on young drivers who now compete in Formula 3 and 4. ” I left Formula 1 in 2017 and no other driver showed up to raise our flag, this has to do with the development of drivers, in kart and in the base category. I prepared in the youth category, went to Europe ready, competitive, winning the first race. Nowadays, it doesn’t happen. The pilot leaves raw, arrives there and needs a year or two to adapt. Stock Car is launching, it will start investing in the base category. It’s important to prepare the pilot out. There are two names: Caio Collet, which runs Formula 3, and the Rafael Câmara, which is leaving the kart and going to Formula 4. They are promising names.”

Felipe Massa vented about the pressure he suffered in his years competing in Formula 1. According to him, drivers do not always compete for victory in races. “I never felt undervalued, I felt that in Brazil it’s like that, in football, in motorsport, you have an obligation to win, but sometimes you had a spectacular race, there’s no way to go beyond that. It was like a victory, but the reaction was different. Sometimes the obligation and pressure in certain sports is too high.”

Check out the full interview with Felipe Massa: