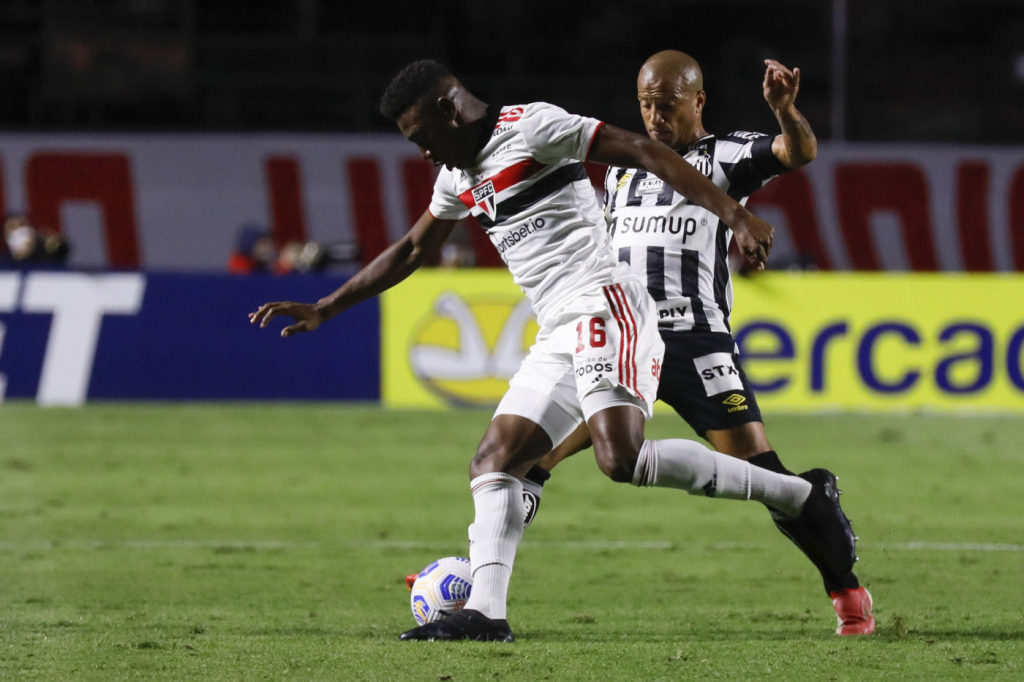 Sánchez and Calleri scored the goals of the derby that ended 1-1; result does not help teams on the table

The classic San-São heated up the frosty Thursday night at Morumbi. São Paulo e Santos they played a good game and were tied 1-1 for the 24th round of the Brazilian championship. The stadium was also the stage for the fans’ return, around 5,529 people were in the stands. On the field, the score was opened early. Just after four minutes, Sanchez hit a kick from outside the area and put the Fish in front. Under pressure, the Tricolor Paulista went up and took control of the game. The pressure worked and at 30 o WHERE took action to score a penalty for São Paulo after the ball touched the Santos defender’s arm. Calleri went to the collection and converted, equalizing the score. Rigoni still had a great chance to turn around, but kicked it out.

In the second half, both teams continued to attack. At eight minutes, Luciano came face to face with João Paulo and the Santos goalkeeper made a great save. On minute 28, a hit and hit in the small area almost put Santos ahead again, but the opposing defense moved away. Despite São Paulo’s pressure at the end, the scoreboard ended 1-1. The result was not good for either team. São Paulo remains in 14th, while Santos parks in 16th position, two points above the Z4.