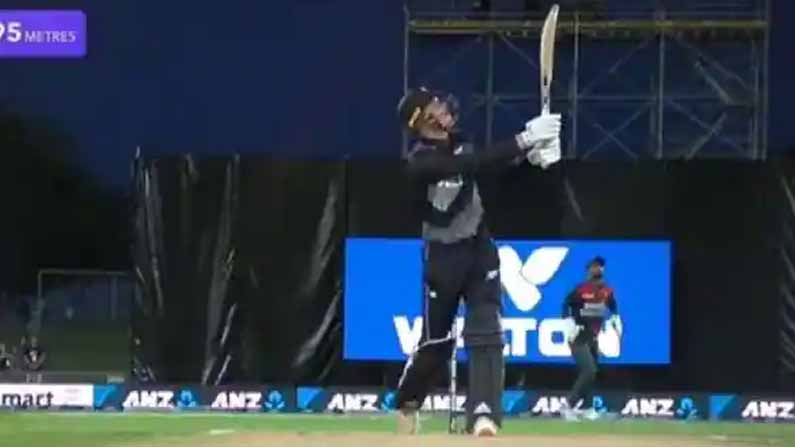 New Zealand batsman Finn Allen has also added his name to the list of destructive batsmen. After many sparks in domestic cricket,

Finn Allen Out Of the park six: New Zealand batsman Finn Allen has added his name to the list of destructive batsmen. After many sparks in domestic cricket, he has now stepped into international cricket as well. Finn got a chance to play in the T20 series against Bangladesh. Although he did not impress much in the first match, he showed his mark in the second match. Despite the low score, Satta excelled with aggressive batting. Allen was a member of the Kohli-led Royal Challengers Bangalore team in the IPL.

In the second T20 match played on Tuesday, Finn scored 17 off 10 balls, but Taskin Ahmed’s bowling was the highlight of the entire six match. Pin hit 2 fours and 1 six in his innings. Taskin Ahmed came on to bowl his first over while New Zealand were batting. Allen bowled the first ball of the over over the deep midwicket. The Bangladesh players were shocked to see such a huge six.

Out of the park! Finn Allen has six. What a welcome for Taskin. Follow play LIVE with @sparknzsport #NZvBAN pic.twitter.com/YtfCFkrxI8

Finn Allen recently scored a stunning century in the 50-over domestic tournament Ford Trophy. Scored 128 off 59 balls. Surprisingly, he hit 11 sixes and 9 fours in this match. That means he scored 102 off 20 balls with the help of fours and sixes. When Finn was out, the team score was 191 in 20.3 overs. Of those, only Finn scored 128.

Also Read: Do you suffer from hair loss problem? .. Don’t worry .. here is the solution ..!

Do you pour porridge after cooking rice ..? Even the dot will not waste if these benefits are known