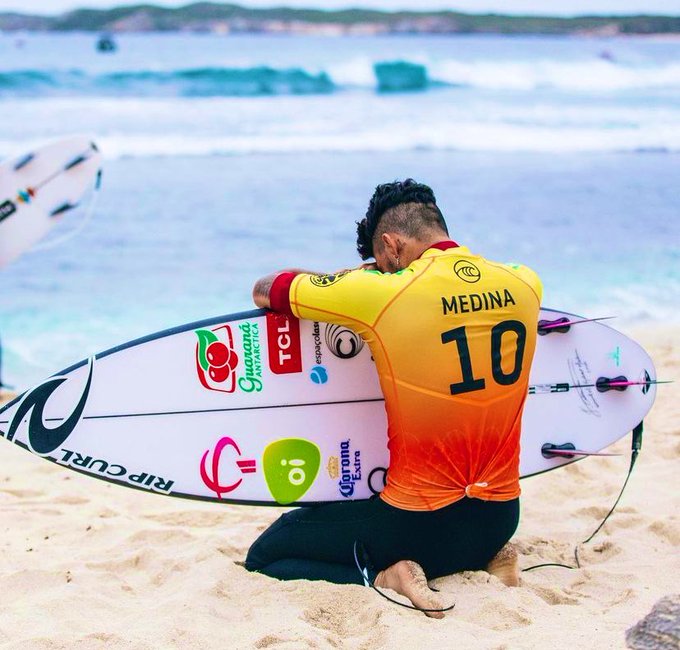 This Tuesday night, the 14th, Gabriel Medina raised its level in surf worldwide. The 27-year-old Brazilian won the tri-championship of the World Circuit after beating his fellow countryman, Philip Toledo, in two WSL Finals heats. As such, he becomes the fourth athlete in the world to reach this level along with Tom Curren, Mick Fanning and Andy Irons. Medina managed to get two airs in the final heats and took the 9.0. The battery was interrupted by a shark on the beach, but was soon resumed. Gabriel’s other titles were in 2014 and 2018. Olympic champion, Italo Ferreira lost the semi to Filipinho. The Brazilian Tatiana Weston-Webb also disputes the final of the women’s category against Carissa Moore.