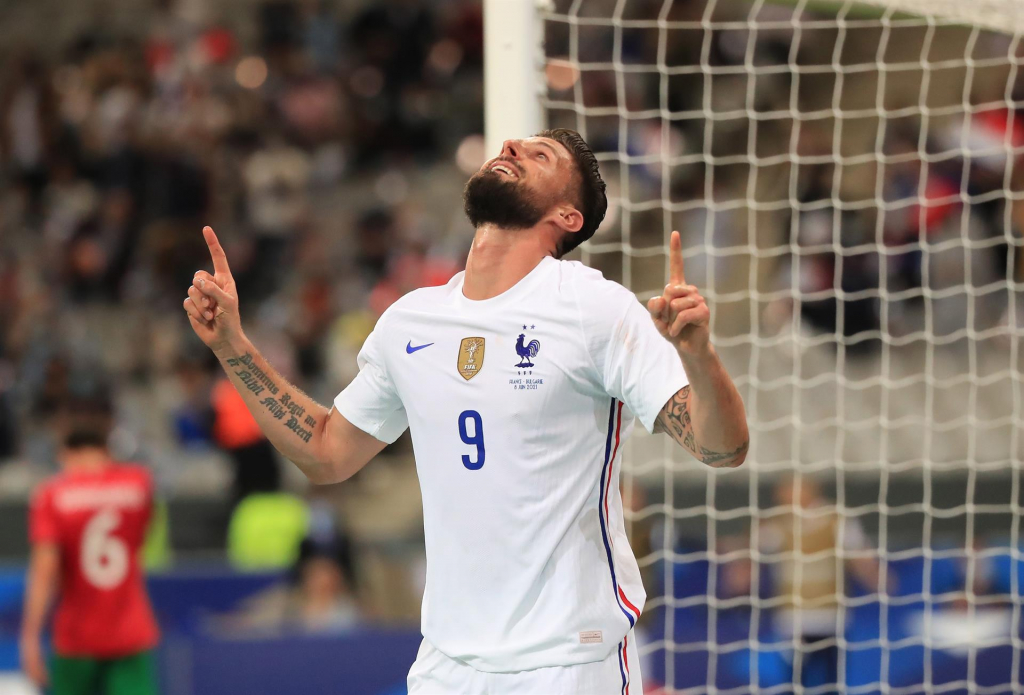 Striker replaced Benzema and decided against Bulgaria, closing the score 3-0

Olivier Giroud is close to making history in the French national team. the attacker of Chelsea scored twice in the victory of France against Bulgaria, in a friendly preparatory to the Eurocup, this Tuesday, 8, and reached the number of 46 goals with the Blues shirt in 108 games. The number of goals is very close to the striker’s historic record Thierry Henry, who scored 51 goals in 123 games, that is, there are only five goals left for Giroud to equal the mark of one of the biggest idols of the French and in fewer games. Much contested by fans and journalists, the striker collects titles wherever he goes. He was champion of the World Cup in 2018 with the blues, of the Champions League (in the current season) and of the Europa League with Chelsea, besides having won 1 French championship, four Premier League and three Super Cup in England.

In this Tuesday’s match, Giroud took the field after Karim Benzema felt the knee. The forward scored at 37 and 45 minutes into the second half. Antonie Griezmann made the first at 29 of the initial stage. At a press conference, coach Deschamps informed that Benzema took a blow to the muscle above the knee and does not worry for the Eurocup. The current world champions debut in the tournament on Tuesday, the 15th, against Germany. O Group F still have Portugal and Hungary.