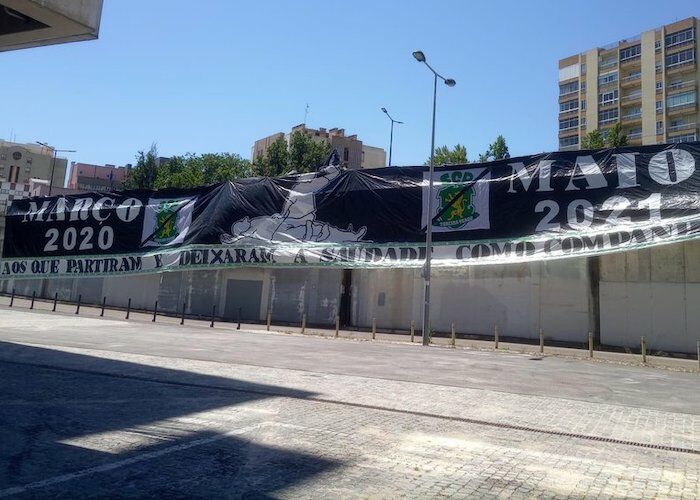 A group of supporters of Sporting, from the cheerleader Torcida Verde, was attacked this Monday by about ten hooded individuals allegedly from the cheerleader Diabos Vermelhos, from Benfica, when they were placing a stripe in an area near the roundabout of Leão, in front to the João Rocha Pavilion.

PSP confirmed to Correio da Manhã that it had received several complaints from witnesses about the clashes. There are witnesses who say they have witnessed a clash between a group of about two dozen supporters affected by the two rival clubs.

The police claim to have sent several patrols to the scene but the agents were unable to identify suspects.

However, according to the CM, identifications and testimonies were collected from several witnesses to now begin an investigation.

According to the Observer, among the victims there were at least an injured, and by the time he leaves the venue, one of the vehicles will have tried to run over two of the fans. Among them was Luis Carlos, leader of Torcida Verde.

Moments earlier, this same group had left a giant stripe with a black background near the Visconde de Alvalade Building, in the bus access to Praça Centenário, in honor of all victims of covid-19 with the inscription “March 2020-May 2021, to who left and left their homesickness as a companion ”.

“Sporting Clube de Portugal strongly rejects the acts of gratuitous violence against Torcida Verde triggered by a group of supporters of the rival club. Situations of this nature do not dignify national sport nor are they representative of football in particular. Sporting will always continue to defend that culture of fear, conflict and violence should be banned from Portuguese football “, reads a statement.

The lions also add that “Sport is and must be more and more a healthy space and not one of aggression, criminality, threat and hatred. It is important that the competent entities and that the world of Sport come together so that these events do not happen again. These are not the values ​​we want for national sport. These are not the values ​​that represent Sporting’s DNA. To Torcida Verde, all our support. Where one goes, they all go ”.