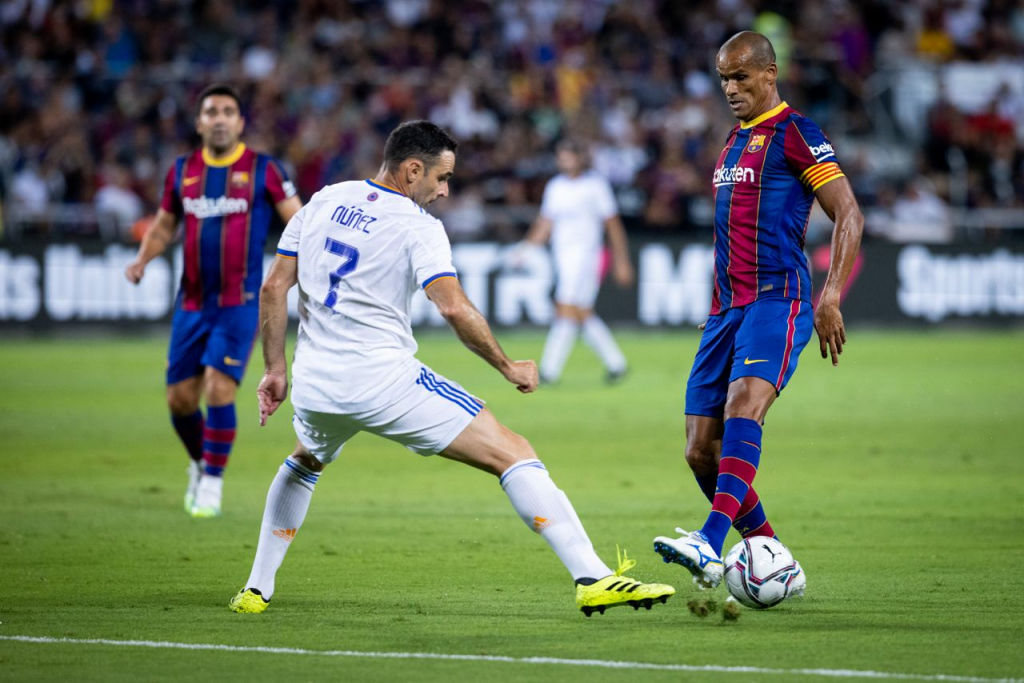 The derby between the legends of Barcelona and Real Madrid, held this Tuesday, 20, fulfilled the promise of being a great game. In the city of Tel Aviv, in Israel, the Madrid team beat its rival by 3-2, in a friendly match that was well attended by the public – it is worth remembering that the country is well advanced with vaccination against the new coronavirus. Ronaldinho Gaúcho and Jofre Mateu scored for the Catalans, who also had Rivaldo on the field. The team from the Spanish capital, however, was superior and won with goals from Munitis, Alfonso and Rúben de La Red. Roberto Carlos, a Brazilian who successfully played for Real, was part of the triumph.

In the talent of Ronaldinho Gaucho, Barcelona was better than the opponent, imposed itself and came out ahead through a penalty suffered by Saviola. In charge, the “Witch” did not give the slightest chance to the opposing goalkeeper, hitting hard and high, inflating the nets. Inspired and breathless, the twice best in the world still hit the post in the initial stage, raising part of the crowd present in the Israeli stadium. With Deco and Rivaldo in midfield, the Catalan team with the quality to take the advantage at half-time – the clash was played in two periods of forty minutes.

On the return from the break, Real Madrid returned with more impetus. First, Guzmán received handsome assistance from Guzmán in shooting the archer Blaugrana. Two minutes later, Munitis himself served Alfonso, who scored a beautiful goal in an acrobatic kick. Barça, then, showed power of reaction with Rivaldo, who played for Jofre Mateu to equalize. Still, Madrid’s dominance was more effective. With twenty minutes to go, De la Red showed category to play at the departure of Jon Andoni Goikoetxea